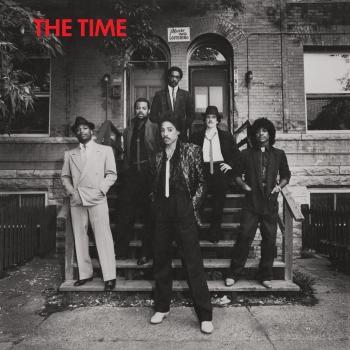 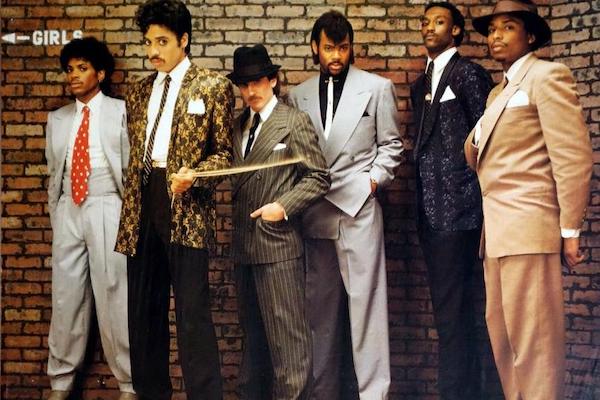 The Time
is a funk and dance-pop ensemble formed in 1981 in Minneapolis from two Twin Cities funk units, Flytetyme and Enterprise. Vocalist Morris Day infused his cocky, swaggering personality into dance hits and the band managed to do something unique with Prince’s genre-busting innovations. By 1982, the group had already established itself as one of the hottest bands working the live circuit. In 1983, Jimmy Jam and Terry Lewis were fired from the band, after pursuing a career as producers. The band split in 1984 When Morris Day left.
The original six members (plus Jerome Benton) reunited in 1990 but despite expectations, the reunion only brought moderate success. In 2008 The group did a live stint in Las Vegas with the original line-up.
In October 2011 they released a new The Time album Condensate without any Prince input. The album was released under the new moniker The Original 7ven, as Prince owned the rights to the band name The Time. The band split once again shortly after.
The band was assembled under a clause in Prince’s contract with Warner Bros. Records that allowed him to recruit and produce other artists for the label.
Allegedly inspired by the 1980 film The Idolmaker, about the life of music promoter and producer Bob Marucci (the Svengali figure behind such 50s/early 60s teen idols like Fabian and Frankie Avalon), Prince decided to put together a poppy funk group that would serve as a pet project and an outlet for further material in the vein of his own early albums, while he himself went on to explore other genres and styles in his own career. After Prince used a groove by his childhood friend Morris Day to create, "Partyup", on his Dirty Mind album, he promised to give him a band with a contract in return.
Prince and Morris Day formed the band in 1981 by recruiting members of two already existing Minneapolis bands : "Flyte Time" (from the Donald Byrd song), which featured Jimmy Jam and Monte Moir on keyboards, Terry Lewis on bass and Alexander O’Neal as a singer and Morris Day’s band "Enterprise Band Of Pleasure" on which he was a drummer with Jesse Johnson on guitar (O’Neal has also been the singer of "Enterprise Band Of Pleasure" and another group called "Black Market Band").
Prince first offered to James Behringer to be the guitarist of the band but he declined.
Jesse Johnson from Rock Island, Illinois originally came to Minneapolis when Prince was auditioning for a bass player after André Cymone left his band. Prince thought Jesse was a great guitar player, but he was looking for a bass player so he told him to stick around instead, after which Jesse joined Enterprise Band Of Pleasure initially.
The first name chosen for the band (with Alexander O’Neal as the singer) was The Nerve. O’Neal recorded two or three songs at Prince’s house (including Rough) but was evicted shortly after the band was assembled. He demanded too much money and confronted Prince and Morris Day for leaving Jellybean Johnson without a band.
Jellybean Johnson (not related to Jesse) was the drummer of "Flyte Tyme" and all the member of the group were recruited for The Nerve except him. Prince chose to replace Alexander O’Neal by Morris Day as the singer of the band and took Jellybean Johnson as the drummer (replacing Morris). The Time was born and the recordings began.
Terry Lewis' cousin Jerome Benton, joined the line-up as 'valet' after the release of the first album and first few shows.