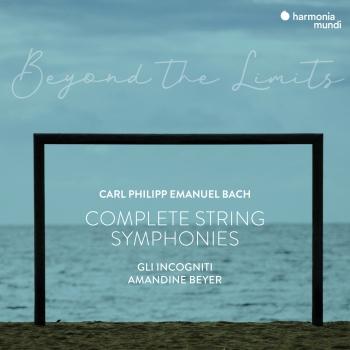 C.P.E. Bach: "Beyond the Limits" Complete Symphonies for Strings and Continuo 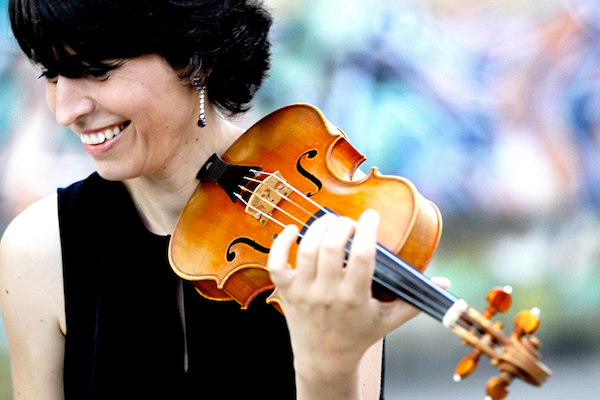 Amandine Beyer
It was in Aix-en-Provence that Amandine Beyer began studying music at the age of four: recorder, then violin in Aurélia Spadaro’s class.
It is perhaps for this reason that, after completing her studies of "modern violin" at the Paris Conservatory and having written a master's degree over K. Stockhausen, she finds the path of early music going to study in Basel with Chiara Banchini. This decisive period in her studies enables her to discover the world of rhetorical interpretation, and enjoy the contact of personalities like Hopkinson Smith, or Pedro Memelsdorff (she played several years in the medieval ensemble Mala Punica).
All these experiences have allowed her to grown as a musician and performer, and have encouraged her to start her career as itinerant violinist, giving numerous concerts worldwide. She currently divides her time between the groups in which she participates: les Cornets Noirs, the duos with Pierre Hantai, Kristian Bezuidenhout or Laurance Beyer and her own ensemble: Gli Incogniti _their cds devoted to Vivaldi's Four Seasons and Corelli's Concerti Grossi have been welcomed by the international critic as new highlights in the performance of this repertory_ while keeping a special place for teaching: she teaches in the ESMAE of Porto (Portugal) as well as masterclasses all over the world.
Her solo recording of Bach’s ,Sonatas & Partitas in 2012, has been awarded the best international critics: Diapason D’Or de l’anée, Choc de Classica de l’année, Prix de l’Académie Charles Cros, Gramophone’s Editor’s choice ... The work about this pieces continue with the spectacle "Partita 2", choreographed and danced by Anne Theresa de Keersmaeker and Boris Charmatz
Since 2010, she has begun to teach baroque violin at the Schola Cantorum Basiliensis in Basel. In a certain way, ”un retour aux sources”!
Gli Incogniti
Since 2006 Gli Incogniti is a reference in the early music interpretation. Convinced that one should share what one loves and enjoys, GI performances (live or recording) try to transmit the passion of the music they are executing. Public and critics have recognized with insistence the « pleasure » of its members when shearing their interpretations.
Gli Incogniti is interested in repertoire not so much explored achieving premiere recordings of works of N.Matteis, J. Rosenmuller or even A. Vivaldi. They also enjoy more « clasical » works like the recording of the Concerti Grossi of Corelli or the Four Seasons of Vivaldi, both recordings awarded by many international critics (Diapason d’or, Choc de Clasica, Gramophone Editor’s choise, Preis der Deutschen Schallplattenkritik..).
Gli Incongiti has performed concerts in Europe, Asia and America, playing in the most prestigious music halls and Festivals in the world (Utrecht, Sablé, Bruge, Theatre de la Ville, Bozar, Haut-Jura, Inssbruck, Boston, Regensburg, Urbino, Via Stellae, Povoa de Varzim...)