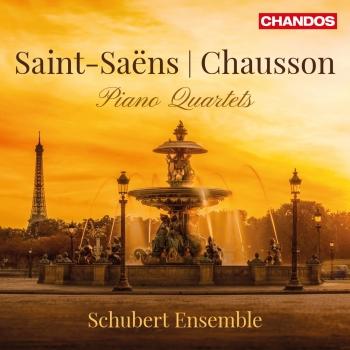 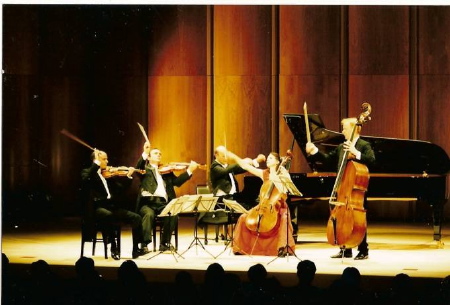 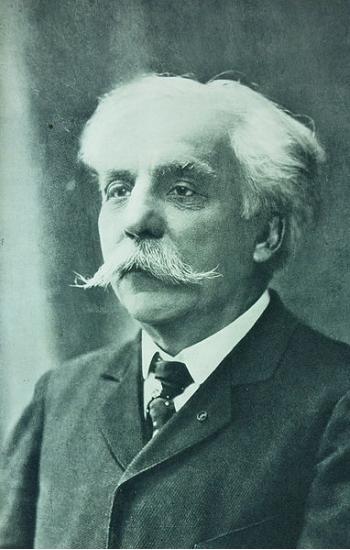 The Schubert Ensemble
The Schubert Ensemble has established itself over 27 years as one of the world’s leading exponents of music for piano and strings. Regularly giving over 50 concerts a year, the Ensemble has performed in over 40 different countries. In 1998 the Ensemble’s contribution to British musical life was recognized by the Royal Philharmonic Society when it presented the group with the Best Chamber Ensemble Award, for which it was shortlisted again in 2010.
Musicians:
William Howard (Piano)
Simon Blendis (violin)
Jane Salmon (cello)
Douglas Paterson (viola)
Peter Buckoke (double bass)
Professor George Caird
Following study in London and Cambridge, George Caird pursued a freelance career as an oboist which included orchestral playing, chamber music and solo engagements. He has worked with many of London’s major orchestras including the London Philharmonic, BBC Symphony and City of London Sinfonia and particularly as a member of The Academy of St Martin in the Fields from 1984 to 1991. He has also been a member of a number of leading ensembles, notably as a founder-member of the Albion Ensemble and the George Caird Oboe Quartet.
George has toured for the British Council in China, the Far East, India, Egypt, Tunisia and Canada as well as performing in concerts and broadcasts in most European countries. He has recorded for Chandos, Nimbus, Hyperion, Meridian and Proudsound labels with solo and chamber music repertoire (see below).
George has been involved in many areas of music education: teaching, devising educational programmes, coaching chamber ensembles, conducting and coaching youth orchestras and teaching. He was appointed a professor of oboe at the Royal Academy of Music in 1984 where he became Head of Woodwind in 1987 and Head of Orchestral Studies in 1991. From 1993 to 2010, George was Principal of Birmingham Conservatoire and he remains closely associated with the Conservatoire's development.
George has sat on adjudication panels for BBC Young Musician of the Year, the Audi Junior Musician, the Shell-LSO Competition, the YCAT awards and the Chamber Music Competition for Schools.
Amongst his many other professional commitments (see below), George chaired the Learning and Skills Council Music Review for Birmingham and Solihull 2003/4 and was the President of the Incorporated Society of Musicians for 2004/5. George is also a founding member of the British Double Reed Society and a member of the Executive Committee of the International Double Reed Society, whose 2009 Conference will be hosted by the Conservatoire.