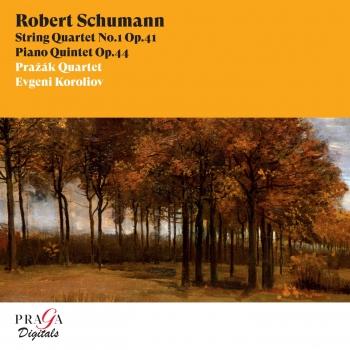 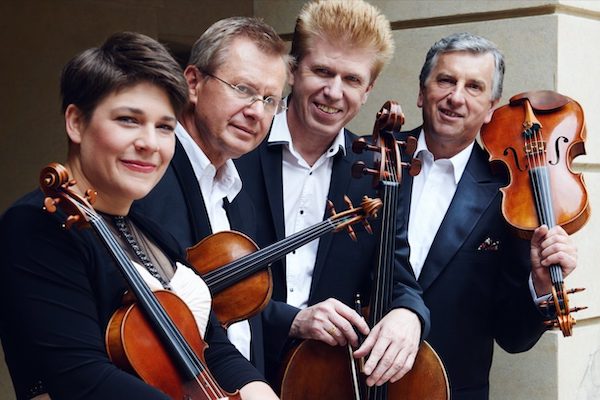 The Pražák Quartet
one of today’s leading international chamber music ensembles - was established in 1972 while its members were students at the Prague Conservatory, and won major chamber music prizes early on, including first prize at the prestigious Evian String Quartet Competition, along with a special recording prize from Radio France. Since then, the quartet has gained attention for its place in the unique Czech quartet tradition, and for its musical virtuosity.
For more than 30 years, the Prazak Quartet has been at home on music stages worldwide. They are regular guests in the major European musical capitals such as Prague, Paris, Amsterdam, Brussels, Milan, Madrid, London, Berlin, and Munich, and have been invited to participate at numerous international festivals, where they have collaborated with such artists as Menahem Pressler, Jon Nakamatsu, Cynthia Phelps, Roberto Diaz, Josef Suk, and Sharon Kam.
The quartet has toured widely in North America, having performed in New York, Los Angeles, San Francisco, Dallas, Houston, Washington, Philadelphia, Toronto, Montreal and many others. The quartet returns to the US and Canada every other year.
The Prazak Quartet has recorded extensively for Praga/Harmonia Mundi which, to date, has released 50 award-winning CDs. In addition to numerous radio recordings in France, Germany, the Netherlands, and the Czech Republic, the Prazak Quartet has also made recordings for Supraphon, Panton, Orfeo, Ottavo, Bonton, and Nuova Era.
As of 2020, violinist Marie Fuxová and cellist Jonáš Krejčí joined the quartet. The new members bring their extensive string quartet and chamber music experience, having played with the Pavel Haas, Škampa, Petersen and Schulhoff quartets as well as in many chamber orchestras and ensembles. They bring their experience and energy into the group while remaining faithful to the Czech quartet tradition, character and quality which are the longtime hallmarks of the Pražák Quartet. A new CD with the last string quartets of Josef Haydn will be released on the Aparté/Praga label in August 2021.