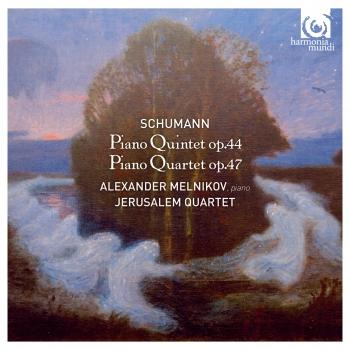 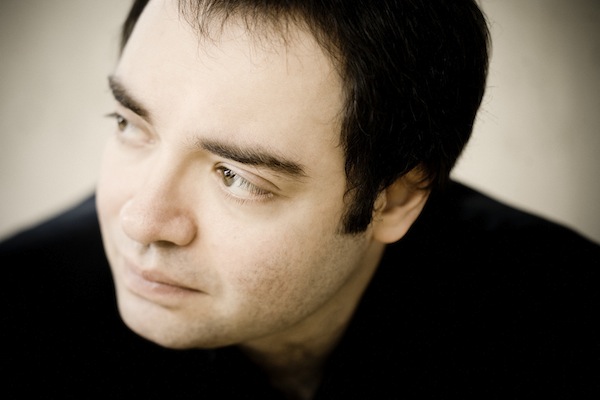 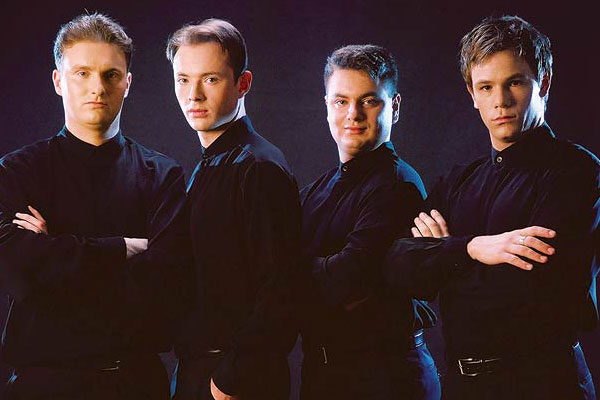 Alexander Melnikov
graduated from the Moscow Conservatory under Lev Naumov. His most formative musical moments in Moscow include an early encounter with Svjatoslav Richter, who thereafter regularly invited him to festivals in Russia and France. He was awarded important prizes at eminent competitions such as the International Robert Schumann Competition in Zwickau (1989) and the Concours Musical Reine Elisabeth in Brussels (1991).
Known for his often-unusual musical and programmatic decisions, Alexander Melnikov discovered a career-long interest in historically-informed performance practice at an early age. His major influences in this field include Andreas Staier and Alexei Lubimov. Melnikov performs regularly with distinguished period ensembles including the Freiburger Barockorchester, Musica Aeterna and Akademie für Alte Musik Berlin.
As a soloist, Alexander Melnikov has performed with orchestras including the Royal Concertgebouw Orchestra, Gewandhausorchester Leipzig, Philadelphia Orchestra, NDR Sinfonieorchester, HR-Sinfonieorchester, Russian National Orchestra, Munich Philharmonic, Rotterdam Philharmonic, BBC Philharmonic, Orchestre des Champs-Élysées and the NHK Symphony, under conductors such as Mikhail Pletnev, Teodor Currentzis, Charles Dutoit, Paavo Järvi and Valery Gergiev.
Together with Andreas Staier, Alexander Melnikov developed a programme that sets excerpts from Bach's Well-Tempered Clavier (Andreas Staier – harpsichord) in musical dialogue with Shostakovich's 24 Preludes and Fugues (Alexander Melnikov – piano). Additionally, the artists recently recorded a unique all-Schubert programme of four-hand pieces, which they have also performed in concert. An essential part of Melnikov’s work are intensive chamber music collaborations with partners including cellist Jean-Guihen Queyras.
Alexander Melnikov’s association wth the label harmonia mundi arose through his regular recital partner, violinist Isabelle Faust, and in 2010 their complete recording of the Beethoven sonatas for violin and piano won both a Gramophone Award and Germany’s ECHO Klassik Prize. This album, which has become a landmark recording for these works, was also nominated for a Grammy.
Their most recent release features the Brahms sonatas for violin and piano.
Melnikov’s recording of the Preludes and Fugues by Shostakovich was awarded the BBC Music Magazine Award, Choc de classica and the Jahrespreis der Deutschen Schallplattenkritik. In 2011, it was also named by the BBC Music Magazine as one of the “50 Greatest Recordings of All Time.” Additionally, his discography features works by Brahms, Rachmaninoff, Shostakovich and Scriabin. Along with Isabelle Faust, Jean-Guihen Queyras, Pablo Heras-Casado and the Freiburger Barockorchester, Melnikov recorded a trilogy of albums featuring the Schumann Concertos and Trios; the second installment, featuring the Piano Concerto and the Piano Trio No. 2, was released in September 2015. Other releases include a November 2016 recording featuring works of Prokofiev and his most recent release in June includes Chausson and Franck repertoire.
In the 2017/18 season Alexander Melnikov will tour his project “The Man with the Many Pianos”, where he performs a solo recital on three different instruments reflecting the periods in which the works were written. Next to concerts with Musica Aeterna, Ensemble Resonanz and Orchestra Sinfonica Nazionale Rai he continues his collaboration with Camerata Salzburg and as an Artistic partner with Tapiola Sinfonietta.
Further highlights include recitals at Cité de la Musique Paris, Muziekgebouw aan’t Ij Amsterdam, de Singel Antwerpen, the Kölner Philharmonie and the Chamber Music Hall of the Berliner Philharmonie as well as being an artist in residence at London Wigmore Hall in the 2018/19 season.
Jerusalem Quartet
Such was the Times' impression of the Jerusalem Quartet. With their founding in the 1993/1994 season and subsequent 1996 debut, the Israeli musicians embarked on a journey of growth and development that has resulted in a wide repertoire and a stunning depth of expression: a journey still motivated by the energy and curiosity with which the ensemble began. The Jerusalem Quartet carries on the string quartet tradition in a unique manner. The ensemble has found its inner center in a warm, full, human sound and the balance between high and low voices, giving it the freedom both to refine its interpretations of the classical repertoire and to explore the works of new genres and epochs—all the while striving for perfection of sound. Collaborations with exceptional musicians such as Martin Fröst, Steven Isserlis, Sharon Kam, Elisabeth Leonskaja, Alexander Melnikov and András Schiff demonstrate clearly the ways in which the musicians benefit from their work, as each guest becomes an integral part of the indivisible ensemble.
The Jerusalem Quartet is a regular and beloved guest on the world's great concert stages. The ensemble has been especially well-received in North America, where it has performed in cities such as New York, Chicago, Los Angeles, Philadelphia, Cleveland and Washington. In Europe, as well, the quartet enjoys an enthusiastic reception, having appeared in prominent concert halls such as the Zürich Tonhalle, the Munich Herkulessaal, Wigmore Hall in London, and the Parisian Salle Pleyel, as well as special guest performances at the Auditorium du Louvre Paris, the Laeiszhalle Hamburg and as well festivals like Schubertiade Schwarzenberg, Verbier Festival, Rheingau Musikfestival and many more.
The Jerusalem Quartet records exclusively for harmonia mundi. The quartet's recordings of Haydn's string quartets and Schubert's “Death and the Maiden” have been honored with numerous awards such as the Diapason d'Or, the BBC Music Magazine Award for chamber music, and the ECHO Klassik. In January 2014, the quartet's recording of string quartets by Leoš Janáček and Bedřich Smetana was released to critical acclaim.
After a successful 2014/2015 season with concert tours in North and South America, Asia and Europe, the Jerusalem Quartet will celebrate its 20th anniversary in the 2015/2016 season with an artistic focus on Beethoven's op. 18 string quartets - works that are featured in the quartet's latest recording, released in August 2015.
The quartet's concert programmes will also include works by Dvorák, Haydn, Brahms and Bartók. Additionally, the quartet will celebrate its 20th anniversary by performing several concerts with well-known music partners and present special projects - including a Bartók string quartet cycle and piano quintet concerts with Sir András Schiff.