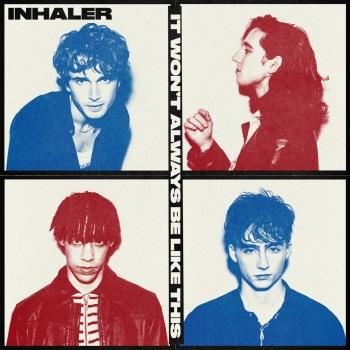 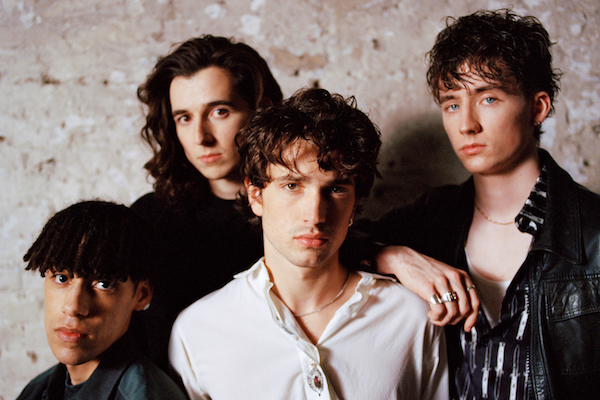 Inhaler
You could say that Inhaler never really had much choice about forming a band. Robert Keating, Elijah Hewson and Ryan McMahon came together at school in Dublin, later to be joined by Josh Jenkinson. Whilst their friends sampled more contemporary pop flavours, they met in art class as 13-year-olds and soon initiated a sort of secret society that took in The Stone Roses, Joy Division, The Strokes, Depeche Mode, Interpol, Kings Of Leon, The Cure and more, a crash course in rhythmic swagger, brooding anthems and indie-rock riffs. The next logical step for the teenagers was to go round each other’s houses and play cover versions of their favourite songs. After that, it was writing their own. Inhaler was inevitable.
“No-one was listening to the music we were listening to,” says singer and guitarist Hewson. “It drew us together even though we weren’t that similar.” “Pop music is so dominant. Rock music was our connection,” adds bassist Keating. It was after guitarist Jenkinson’s addition to the band in 2016 that Inhaler started to move away from interpretations of other people’s songs and into crafting their own. “To get to the point that we’re at now, it’s been a gradual process of educating ourselves,” says McMahon. The chemistry between the quartet was immediate and, with the distraction of full-time education out of the way, they could throw themselves into it. “It just felt right,” says Jenkinson. “Once we finished school, we went at it full welly.”
Like all great teenage bands with a wide-eyed wonder of music, their songs are a perfect amalgam of influences and their own majestic songcraft. They never sound as much like the bands they love as they do like themselves. They have released two singles, the driving atmospheric pop of My Honest Face and the euphoric epic It Won’t Always Be Like This, with B-sides such as the There’s No Other Place, with its lithe bass groove, giving a hint of expansive sonic explorations to come. “There’s No Other Place is a perfect example of us as a band,” says Keating. “It’s seven minutes long, there’s no rules on it.”
With its breezy, hooky refrain and melodic synth lines, new single Ice Cream Sundae is their most immediate song yet. Except it wasn’t that immediate. “We’ve been working on that song for about three years,” says Hewson. Produced by Antony Genn, it arrives perfectly formed, a sense of melancholia lurking under its poppy exterior. “It’s about loss and gain,” says the singer. “I like writing about normal teenage experiences that everybody can relate to. I’m just trying to write about the joy of being alive, being a teenager, and the bad things that can come with that. I don’t like it to be all happy, I don’t like it to be all sad.”
These are songs that connect. Following support slots with Noel Gallagher’s High Flying Birds, Courteeners and DMAs, many of the shows on their forthcoming headline tour across Ireland, UK and Europe in September are sold out. Their tracks have hit a million streams. “I never thought it could happen to be honest, it’s amazing,” says Hewson.
There was a moment when the band played Ireland’s Electric Picnic festival last year that everything hit home for them. They had made their own way there, no tour manager, no crew, and arrived in Hewson’s car. The tent was packed out, a crowd of 500 people waiting to see them. “That was the moment where we were like, ‘We can do this, we can be a band’,” remembers Jenkinson. It was the start of things kicking off for Inhaler. “Whatever happens happens, I want to ride it until the wheels come off,” says Hewson. Buckle up. Inhaler are in it for the long haul.