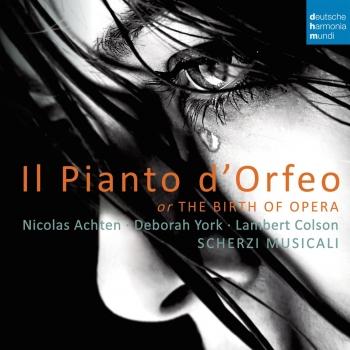 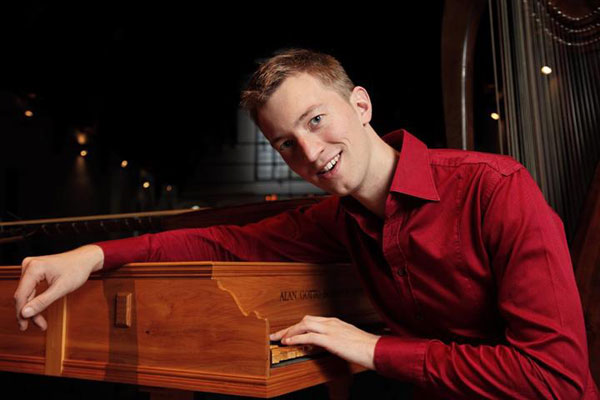 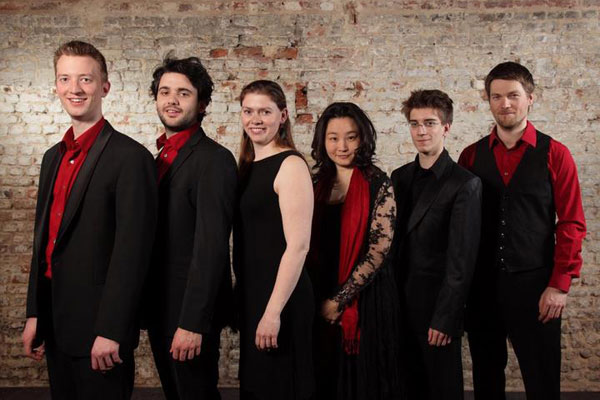 Nicolas Achten
Baritone, harpsichordist, lutenist, harpist and artistic director, Nicolas Achten is a rising figure in the world of early music. Prizewinner at the VIIth International Baroque Singing Competition of Chimay in 2006, he was voted Classical Artist of 2009 at the Octaves of Music Prize, and Young Musician of the Year 2009 by the Union of the Belgian Musical Press.
Born in Brussels in 1985, he studied singing, lute, harpsichord and triple harp at the Royal Conservatories of Brussels and the Hague, and completed his training at various masterclasses, including the Académie baroque d’Ambronay and the Centre de la Voix de Royaumont.
Since 2004, Nicolas has performed with some of the most prestigious early music ensembles including l’Arpeggiata, La Fenice, La Petite Bande, Ausonia, Les Agrémens, Akadêmia, Les Talens Lyriques, il Fondamento, Les Musiciens du Louvre, Il Seminario Musicale, Le Poeme Harmonique, and the Akademie für Alte Musik Berlin, and under the direction of conductors such as Jean Tubéry, Sigiswald Kuijken, Marc Minkowski, Christophe Rousset and René Jacobs.
He is one of the few classical singers to accompany himself on various instruments, reviving this historical practice. With the intention of furthering this practice and research, he founded the ensemble Scherzi Musicali, whose concerts and recordings have been received with unanimous enthusiasm from the public and the international press. Scherzi Musicali have been awarded Diapason d’or découverte, Joker (Crescendo magazine), La clé (ResMusica), Prelude Classics Award, 4-star of (Monde de la musique), Muse d’Or, Golden Ring (Classic Info), “Outstanding” (International Record Review), etc.
Nicolas Achten is professor of Lute at the Royal Conservatory of Brussels, and professor of baroque Harp and baroque singing at the Académie de Woluwé-Saint-Lambert. He is musical director for Muziektheater Transparant’s summer courses, and is a regular guest professor at the University of East Anglia, at the Operastudio Vlaanderen, and the Yorke Trust (Norfolk).