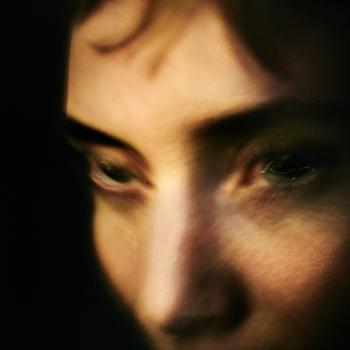 Lykke Li
Born in Sweden, Lykke Li’s cool brand of electronic dream pop is decidedly Scandinavian, and bears a faint resemblance to that other Nordic music goddess Björk. In Lykke Li's music the synthesizers are like shimmering fjords, and the violins and cellos like ice-capped mountain peaks. However, it’s Lykke Li’s voice -- a soprano -- that has the range of a cinematic Nordic vista and his force of her music. Lykke Li dropped her debut album, Youth Novels, in 2008. In 2009, the singer-songwriter won the Meteor Music Award for Best International Artist. Lykke Li released her sophomore album, Wounded Rhymes, in 2011; featuring an innovative mix of tribal beats, skittering keyboards and sultry yet haunting, pop noir-style vocals, the album landed on many music critics' lists for best albums of 2011, including the New York Times and Rolling Stone.
Lykke Li is as famous for her eclectic concerts as she is her unusual soundscapes. Equipped with nothing but a drum kit, guitar, bass, and a necklace made of percussive instruments, Lykke Li’s simple stage set-up – as minimal as a Swedish landscape in winter -- has been electrifying ticket buyers since her meteoric rise to fame in 2009. She has a massive global fan base that follows her tours all over the world. She has played big-name outdoor concert festivals like Glastonbury, Lollapaloooza, and Coachella, and has appeared on Last Call with Carson Daily and the Late Show with David Letterman. The song “Get Some” has been featured on TV programs like Hawaii Five-O and Pretty Little Liars, and "I Follow Rivers" was highlighted on Glee. The Magician Remix of “I Follow Rivers,” however, is a runaway club hit in Europe, peaking at No. 1 in Romania and No. 2 in Ireland.