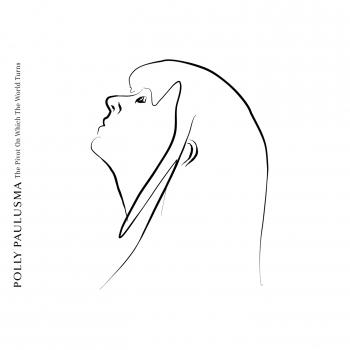 The Pivot on Which the World Turns 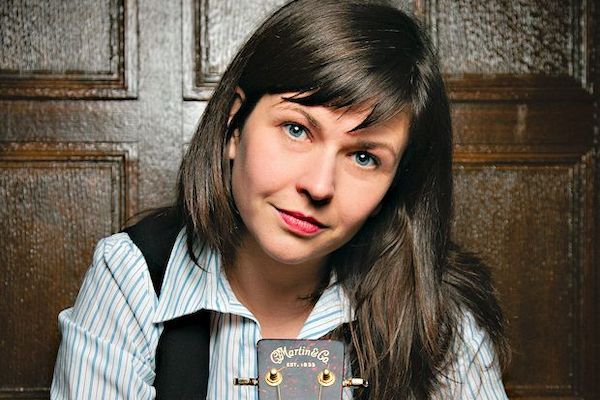 Polly Paulusma
Back in 2003, tucked away in her garden shed, the 28-year-old Polly Paulusma was putting the finishing touches to her self-recorded debut album ‘Scissors In My Pocket’ when indie record label One Little Indian signed her up.
‘Scissors In My Pocket’, a work of aching acoustic tenderness, received immediate widespread critical acclaim upon its international release in 2004.
She was catapulted around the world supporting Bob Dylan, Jamie Cullum, Coldplay, The Divine Comedy, Marianne Faithfull, Joseph Arthur and Gary Jules, and played Glastonbury, T in the Park, V Festival and Cambridge Folk Festival among many others, touring the USA and Italy twice. She released its sister-album, ‘Cosmic Rosy Spine Kites’, in 2005.
In 2007, she released the darker, more electric ‘Fingers & Thumbs’, produced by Ken Nelson (Coldplay, Gomez, Badly Drawn Boy, Kings of Convenience) and recorded in Liverpool’s Parr Street studios. She toured the UK extensively for this album and made the cult Youtube Guitar Shop Tour videos along the way. Its sister-album ‘Fights & Numbers’, was released shortly afterwards.
In 2011 she founded the record label Wild Sound on which in 2012 she released ‘Leaves from the Family Tree’ and its sibling album ‘The Small Feat of My Reverie’. In the same year she played Cambridge Folk Festival, and toured the UK in her caravan Ella. This album featured collaborations with US singer-songwriter Erin McKeown, acclaimed violinist Anna Phoebe and the film and tv music composer Michael Price (Sherlock). She also scored and released a film soundtrack for the Canadian indie movie starrring Roddy Piper, ‘Clear Lake’.
Paulusma’s Wild Sound label subsequently released not just her own albums but those of notable acoustic folk artists including Maz O’Connor, Dan Wilde, Mortal Tides, Harry Harris, Stylusboy, Matthew The Oxx and others. The label became a folk imprint at newly named One Little Independent in 2017.
In 2021 Paulusma releases an album of traditional folk songs and spoken word readings, ‘Invisible Music: folk songs that influenced Angela Carter’, which was the product of her recently completed PhD research into Angela Carter’s influence from folk singing in the 1960s.
In 2022, Paulusma is slated to release her eagerly-anticipated ninth album, an album of her own songs penned since 2012, which will include songwriting collaborations with Kathryn Williams, David Ford, Danny Wilson (Grand Drive, Danny & The Champions of the World), Astrid Williamson and the novelist Laura Barnett.