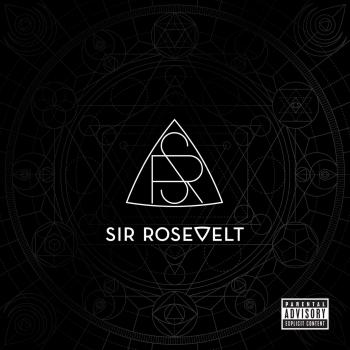 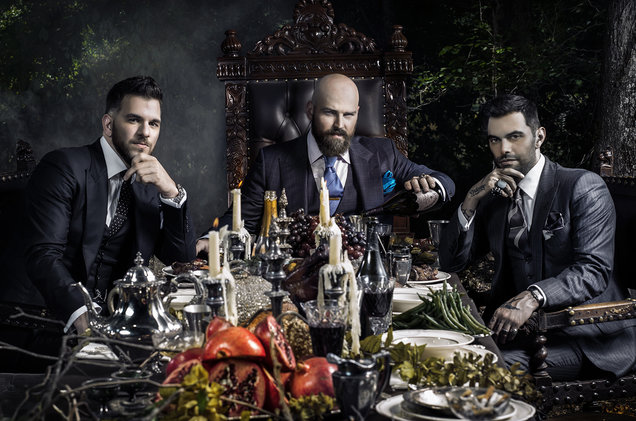 Sir Rosevelt
The southern pop group Sir Rosevelt is Zac Brown, Niko Moon and Ben Simonetti.
Yes, that Zac Brown, front man of the GRAMMY Award-Winning Zac Brown Band. Sir Rosevelt is a new addition to Brown’s musical world, a natural progression of his musical palate as an artist. Fans are not losing Zac Brown Band, they’re gaining Sir Rosevelt. Combining the talents of Brown, Moon and Simonetti, their new self-titled album is a mix of pop, dance, acoustic instrumentation and southern sensibility.
It was through working together on the 2015 Zac Brown Band release, JEKYLL + HYDE, that the group Sir Rosevelt was born. They tapped into their newfound creative synchronicity on the Zac Brown Band tour bus, which became their ‘studio.’ Inspired by the full-throttle dynamics of EDM and the elasticity of pop, Brown, Moon, and Simonetti pulled influence from many musical styles and artists, focusing their writing and recording efforts to create the cohesive sound and body of work that is Sir Rosevelt.
“To me, that’s what makes a real artist – It’s natural to want to create music that’s similar to what we like to listen to,” Brown says. “[Sir Rosevelt] has become the outlet we have for everything outside of the homegrown roots of ZBB. I have no plan to abandon everything that we’ve ever done, but there are literally millions of different sounds out there, it’s like different colors to paint with.”
Sir Rosevelt will not be taking the place of ZBB, who have just announced a new album, with which they will return to their roots. Instead, Sir Rosevelt furthers the musical exploration Brown started on JEKYLL + HYDE, which found contributions from Soundgarden’s Chris Cornell, Sara Bareilles as well as Moon and Simonetti. “For hardcore [ZBB] fans that would like to hear more music from us, this is not taking anything away from that.” Brown says.
All three members are excited by the creative freedom the project affords them. Furthering Brown’s metaphor, Sir Rosevelt takes every color available and throws them together in a brilliant sonic Jackson Pollack, like on the utterly enjoyable and bizarre “Robert Baker,” an old-school dance jam laden with synthesizers.
Moon, who met Brown a decade ago, has been a collaborator ever since. He has co-written multiple hits with Zac including ZBB’s #1 rock single “Heavy is the Head” and #1 country single “Beautiful Drug,” which pioneered their experimentation with electronic and pop sounds. From the trio’s onset, Moon realized there was something special about Sir Rosevelt. “It was awesome, it was new, different, and nerve-wracking because we weren’t sure what it would be like writing it in a different way than usual,” he says. “We did probably about eighty percent of the record on a laptop on Zac’s bus. It’s amazing how powerful technology is these days, you can create anything you hear in your head.”
Simonetti, who in addition to writing the music also created the beats and programming, comes from a pop background, so he felt right at home working on this record. “I’ve worked on albums for many pop stars in LA at major studios, my first session ever was with Quincy Jones. For all of these, I did mostly engineering, vocal recording, editing and production work,” he says. “The process was more familiar to me because of similarities to the pop music I’ve worked on in LA. It’s different than country music, which is put together by finding a tune on a guitar and then writing music to it. This album was centered around beats, and we wrote the music to those instead.”
With Sir Rosevelt, Brown recognizes that the possibilities before them extend beyond boundaries. It has become a channel for unfettered creative freedom and musical inspiration. Brown is excited by the doors Sir Rosevelt has opened in exploring potential collaborations within the dance music and pop worlds. “It is a new land to conquer and presents us with new alliances to make and new fans to reach,” says Brown, and they cannot wait to take the party to the stage as well. “I feel like in the live show we’ll be able to expand these songs a lot to really make it exciting. Visually, a lot of the electronic artists have interesting video and other content like that. We want to bring something really fresh to the table as far as what will accompany our live performances. We’re definitely gonna have dancers to bring the energy onstage, and we’ll have props as well, which will be part of the art,” says Brown.