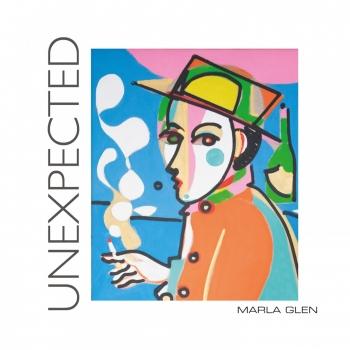 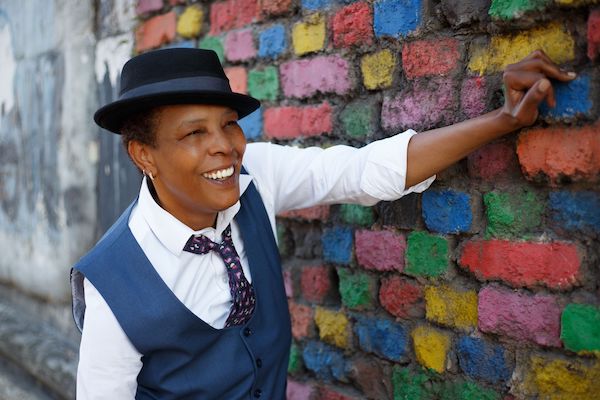 Marla Glen
Born and raised on the South Side of Chicago, Marla Glen has been in the music business for over 30 years, with no plans on stopping any time soon!
At the age of 5, at a neighborhood birthday party, Marla received a plastic toy harmonica given to him by the great late Muddy Waters. Marla immediately fell in love with the instrument, learning to master it with years going by. By the time Marla was a teenager, a musically gifted artist had already begun to play other instruments including drums, guitar, congas, clarinet, and other wind instruments.
By the age of 18, Marla began drifting throughout the United States, playing open mic nights in cities such as Chicago, Detroit, New York, and California. California was where the artist had a chance to meet and work for the legend, Ms. Nina Simone. Marla also happened to meet Mr. Bo Diddley while traveling around California. It was during this time that both Simone and Diddley would find themselves grooming the artist with pointers and advice for the young musician.
In 1990, the young singer/songwriter drifted to Bourbon Street in New Orleans looking to play on the many open-mic night stages and never-ending audiences of tourists. While performing in the town, Marla’s name was entered into a contest and he won the opportunity to travel to France to perform at a festival. The festival was in the town of Niort, which hosted a crowd of eight thousand people. Of course, Marla was a hit!
Within 5 short years after arriving in France, the artist had obtained a record deal, and received platinum and gold awards for the highly successful albums “This is Marla Glen” in 1993, “Love and Respect” in 1995, and the unforgettable top-10, hits "Believer” and “Cost of Freedom”.
Marla was only 11 years old when he wrote his first song, "Repertoire", a title that has won three gold records, and one platinum, one of which appears in 1996 release, “Love and Respect”. The artist received radio airplay throughout Europe, parts of the United States and was offered TV shows, movies, commercials, and other musical opportunities.
In 1995, the song "Believer" was used for a commercial of the clothing company C & A. And, in 2000/2001 Marla’s remake of James Brown hit, “It’s A Man’s World” was used in a commercial for men's fragrance Tabac. Following the success of the records, Marla graced across many stages all over Europe, gaining fans wherever he stepped!
After achieving success, the singer was taken through a series of career highs and lows, but regardless, Marla hasn’t stopped delivering amazing music! Marla is a survivor, original in every way, and continues to wow audiences in every way! The raspy-voiced singer, who sings across musical styles, has never stopped performing a plethora of songs in an array of styles including pop, rock, blues, gospel, reggae, house, soul, jazz and African ethno music.
When it comes to creating high-quality music, Marla delivers! With a new team in place, Marla has found a way to move forward with his hot new release, the “UNEXPECTED”. Album is a list of great tunes, delivering the expected sounds of an artist to be reckoned with, and an unstoppable voice!
Last but not least, stay tuned for an authorized Marla Glen biography written by Stacey McClain scheduled to be released soon!