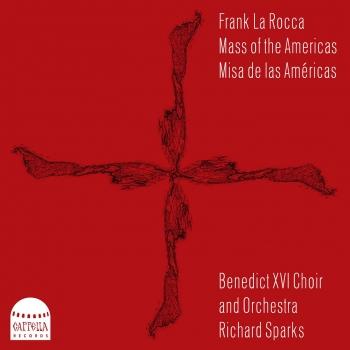 Richard Sparks
Professor Emeritus and former Chair of Conducting & Ensembles, recently retired from the faculty at UNT in 2019 after a distinguished academic and professional career. A dedicated and passionate teacher, Sparks brings a wealth of experience to young conductors under his guidance. Sparks was a faculty member at Mount Holyoke College and Pacific Lutheran University, where he was Director of Choral Activities from 1983-2001. He founded Seattle Pro Musica and conducted three ensembles from 1973-80 in over 70 concerts; conducted the Seattle Symphony Chorale from 1990-94 (preparing the choir for nine recordings on the Delos label); founded and conducted Choral Arts in Seattle from 1993-2006 (with whom he made three recordings on the Gothic label); and Pro Coro Canada (Edmonton, AB) from 1999 to 2011. A professional chamber choir, Pro Coro toured regularly across Canada and broadcast on CBC Radio.
He has been active in the professional world guest conducting the Anchorage Music Festival, Portland Symphonic Choir, Portland Baroque Orchestra, Northwest Chamber Orchestra, Exultate Chamber Singers in Toronto, the Santa Fe Desert Chorale, and the Swedish Radio Choir.
Richard’s latest book, The Conductor’s Toolbox: Transforming Yourself as Musician and Conductor, can be found at GIA Music.
Sparks is one of the few Americans invited to work with the famed Swedish Radio Choir in 2002, 2007, and 2008, including preparing the Brahms Ein Deutsches Requiem for a performance with Valery Gergiev and the Rotterdam Philharmonic,which is on DVD with BIS Records. He has also guest conducted the Santa Fe Desert Chorale, Vocal Arts Ensemble of Cincinnati, and the Anchorage Music Festival among many others.
Archbishop Cordileone and the Benedict XVI Institute for Sacred Music and Divine Worship are honored that Richard Sparks brings his distinguished talents to the B16 mission of offering great and elevating works of sacred music, both old and new, in the context in which they were made to be heard: as prayer, not performance.
Frank La Rocca
“The net impressions are of luminous sacred introspection, transcendental effect, and breathtaking beauty,” wrote Lindsay Koob, reviewer for American Record Guide, about Frank La Rocca’s debut CD, IN THIS PLACE. La Rocca’s career has traced a path from the severity of an academic modernist style, through a period of sunny minimalist concert works to finding his voice in sacred choral works and music for the Roman Catholic Mass. Of La Rocca’s “O Sacrum Convivium,” composer and organist Richard Clark wrote, “…anchored in tradition, it speaks with the authority of the ages yet with the innovation of modernity. Imbued with the Spirit, it is timeless.”
Born in Newark, New Jersey in 1951, he was educated at Yale (BA) and the University of California at Berkeley (MA, PhD), where he earned his doctorate “with distinction,” the first time such an honor was conferred on a music composition graduate at Berkeley. His 36-year teaching career included positions at the University of California campuses at Berkeley and Santa Cruz, and at the California State University, East Bay (Hayward), where he also served as Department Chair. From 1984 to 1998 La Rocca was Executive Director of the new music concert series, COMPOSERS, INC in San Francisco, and was one of its founders.
MASS OF THE AMERICAS has been hailed as “Perhaps the most significant Catholic composition of our lifetimes” (Michael Olbash), and “a cornerstone of modern liturgical composition” (Mark Nowakowski). La Rocca is the recent winner of the ORTUS international choral composition competition for his “Miserere”, and was awarded the 2018 American Prize for his “A Rose In Winter – the life of St. Rita of Cascia,” a major work for chorus, orchestra and soloists.
La Rocca’s work has been recognized with grants, commissions and awards from the National Endowment for the Arts, California Arts Council, the Foundation for Sacred Arts, Young Women’s Chorus of San Francisco, ASCAP Foundation, USC Thornton Chamber Singers, Vanguard Voices, London Festival of Contemporary Church Music, Cois Cladaigh, the Madrigirls of Glasgow, and many others. Among the distinguished ensembles performing his work are The Santa Fe Desert Chorale, Benedict XVI Choir, London Oratory Schola, Lumen Valo, California Symphony, and Alexander String Quartet.
His discography includes “Canti d’Innocenza” on the SCI label, “String Trio” and “Secret Thoughts” on CRI, numerous a cappella choral works by the San Francisco Girls Chorus, Young Womens’ Choral Projects, Tucson Girls Chorus, the Meistersingers, and Vanguard Voices; and his solo CD, IN THIS PLACE on Enharmonic Records. He is published by Boosey and Hawkes, GIA/Walton Music, Santa Barbara Music and Lumen Verum Music.