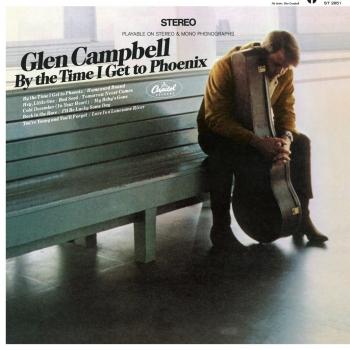 By the Time I Get to Phoenix (Remastered) 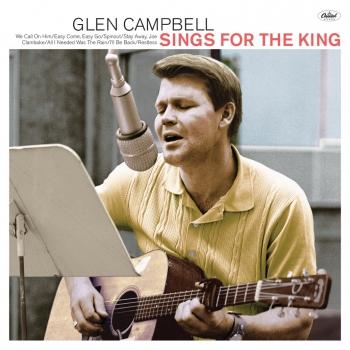 Sings For The King (Remastered) 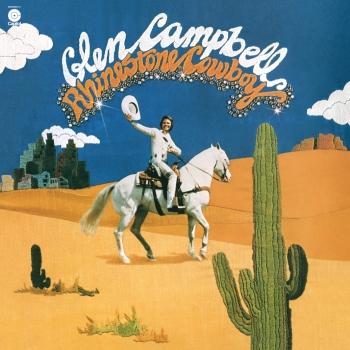 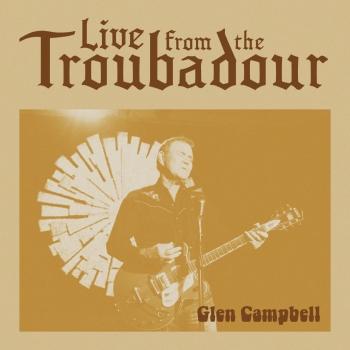 Live From The Troubadour (Remastered) 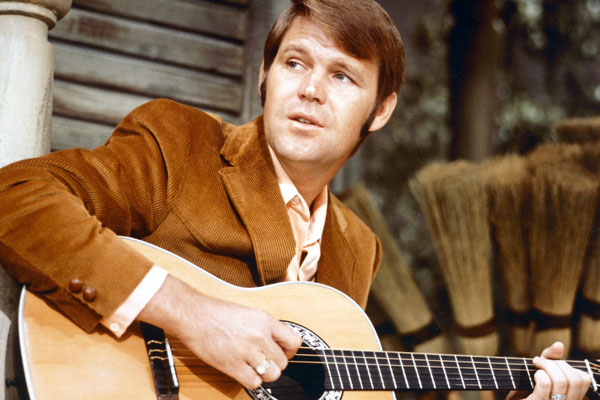 Glen Campbell
From the Wrecking Crew to “Rhinestone Cowboy.” From “By the Time I Get to Phoenix” to “A Better Place.”
Twenty-one Top 40 hits with two hitting No. 1. Six Top 20 albums including chart-topper Wichita Lineman. Twenty-seven country Top 10 singles — spanning 22 years — and nine country No. 1 albums.
Five Grammy Awards, three Grammy Hall of Fame honors and a Grammy Lifetime Achievement Award, seven Academy of Country Music awards and a 1998 Pioneer Award recognition, three American Music Awards, two Country Music Association Awards and a 2005 Country Music Hall of Fame induction, three Gospel Music Association Dove Awards.
Not to mention hosting of one of the era’s most-beloved variety shows, co-star of the original “True Grit” (at the behest of star John Wayne, no less, earning a Golden Globe “most promising newcomer” nomination) and voice of a cherished animated rooster. And today Alan Jackson, Keith Urban, Jakob Dylan and many others cite him as a primary influence and inspiration.
Glen Campbell’s musical and entertainment lifetime, covering over five decades, is unmatched for its prolific breadth, popular appeal – and flat-out musical accomplishment and achievement. His biggest run of hits (“Gentle on My Mind,” “By the Time I Get to Phoenix,” “Wichita Lineman,” “Galveston,” “Rhinestone Cowboy” and “Southern Nights” just to name a handful) put him in the pop elite of the late-‘60s and early-‘70s, erasing the line between pop and country and helping pave the way for generations of others. You could well call him the first countrypolitan star, though the sharecropper’s son from Delight, Arkansas never lost any of the pure country in his soul.
But even at his popular peak, few were aware of the full extents of his credentials as a first-call session guitarist whose picking helped shape Phil Spector’s famed “Wall of Sound” and the Beach Boys’s most creative works (the latter for whom he also became a touring member for a stretch when Brian Wilson first retired from the road in 1964). That’s him creating indelible guitar parts on the Beach Boys’ landmark Pet Sounds album,” Frank Sinatra’s “Strangers in the Night,” the Righteous Brothers’ “You’ve Lost That Lovin’ Feeling” and the Monkees’ “I’m a Believer,” not to mention hits by Elvis Presley, Bobby Darin, Lou Rawls, Ricky Nelson, Merle Haggard, Bobby Vee. And yeah, you can see him backing various artists with the Wrecking Crew as the house band on the legendary “T.A.M.I. Show.”
This background made his TV show, The Glen Campbell Goodtime Hour, a destination for the top artists of the era – but he also used the setting to show off his own skills and those of some lesser-known friends (John Hartford, Doug Dillard) in the regular “Pickin’ Pit” segment with friendly folk-country cutting contests between the players. It was an eye-opening look into American roots music for the mainstream. The combination of talents and personality that made him a TV star enabled him to transcend eras, remaining a hit-maker across decades as well as across genres.
Well-documented troubles and struggles along the way at times took him on less pleasant paths. But through family and faith he overcame them, not just surviving but thriving. And not only has he remained a top touring artist through the years – with sons Cal and Shannon and daughter Ashley becoming key members of his band – but has found fresh approaches and material as well. Working with producer Julian Raymond, in 2008 he released the pointedly titled Meet Glen Campbell, an album of personalized interpretations of songs originated by such vital artists as U2, Jackson Browne, Green Day, Tom Petty, the Foo Fighters and even the Velvet Underground, with musical support from members of Jellyfish, Jane’s Addiction and Cheap Trick’s Robin Zander and Rick Nielsen.
That was followed by 2011’s Ghost on the Canvas, a moving, engaging and inspirational song cycle that traces the arc of his remarkable life, love and faith. With songs crafted by Campbell and Raymond (once again producing) joined by contributions from acolytes Jakob Dylan, Paul Westerberg and Teddy Thompson and guest appearances by such admirers as Smashing Pumpkins’ Billy Corgan, Brian Setzer and members of the Dandy Warhols, the album at once renewed and revitalized the spirit of classic Campbell albums and stood tall alongside them. Shortly after he recorded the album, Glen was diagnosed with Alzheimer’s disease. Undeterred, he embarked on a series of live dates that he dubbed “The Glen Campbell Goodbye Tour.”
USA Today hailed Ghost on the Canvas as “a museum-quality masterpiece,” while Rolling Stone noted: “The years have added an edge to his singing.” He was honored with a star-studded tribute at the Country Music Awards in 2011 and a Lifetime Achievement Award at the Grammy Awards in 2012.
During the Ghost sessions, Campbell took a fresh look at his older material and – for the first time – laid down new vocals for many of his classic, career-defining hits. Producers Dave Kaplan and Dave Darling later took Glen’s vocals and reinterpreted the songs to convey an intimacy that is at once chilling, uplifting, haunting and spine-tingling all at the same time, all of this much to Campbell’s delight. “When Glen heard the results of what Dave and Dave did in reinterpreting these songs, he lit up and was smiling from ear to ear. And I was too.” Kim Campbell says. “We heard these songs and Glen’s voice in a whole new way and absolutely love the results.”
Demonstrating once again that his characteristic warmth and sense of humor are intact, Campbell titled the resulting album See You There, an expression that’s been a trademark of his for decades, but takes on an added poignancy at this stage of his life and career. See You There was released on August 13th, 2013.