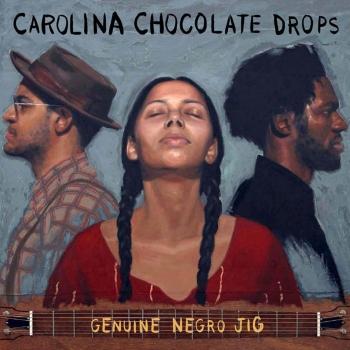 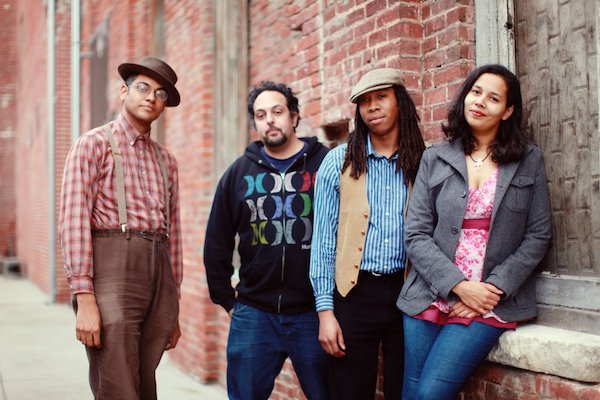 Carolina Chocolate Drops
In early 2012, Grammy award-winning Carolina Chocolate Drops released their studio album Leaving Eden (Nonesuch Records) produced by Buddy Miller. The traditional African-American string band's album was recorded in Nashville and featured founding members Rhiannon Giddens and Dom Flemons, along with multi-instrumentalist Hubby Jenkins and cellist Leyla McCalla, already a familiar presence at the group's live shows. With Flemons and McCalla now concentrating on solo work, the group's 2014 lineup will feature two more virtuosic players alongside Giddens and Jenkins - cellist Malcolm Parson and multi-instrumentalist Rowan Corbett -- illustrating the expansive, continually exploratory nature of the Chocolate Drops' music. Expect a new disc from this quartet in 2015.
The Chocolate Drops got their start in 2005 with Giddens, Flemons and fiddle player Justin Robinson, who amicably left the group in 2011. The Durham, North Carolina-based trio would travel every Thursday night to the home of old-time fiddler and songster Joe Thompson to learn tunes, listen to stories and, most importantly, to jam. Joe was in his 80s, a black fiddler with a short bowing style that he inherited from generations of family musicians. Now he was passing those same lessons onto a new generation. When the three students decided to form a band, they didn’t have big plans. It was mostly a tribute to Joe, a chance to bring his music back out of the house again and into dancehalls and public places.
With their 2010 Nonesuch debut, Genuine Negro Jig—which garnered a Best Traditional Folk Album Grammy—the Carolina Chocolate Drops proved that the old-time, fiddle and banjo-based music they’d so scrupulously researched and passionately performed could be a living, breathing, ever-evolving sound. Starting with material culled from the Piedmont region of the Carolinas, they sought to freshly interpret this work, not merely recreate it, highlighting the central role African-Americans played in shaping our nation’s popular music from its beginnings more than a century ago. The virtuosic trio’s approach was provocative and revelatory. Their concerts, The New York Times declared, were “an end-to-end display of excellence... They dip into styles of southern black music from the 1920s and ’30s—string- band music, jug-band music, fife and drum, early jazz—and beam their curiosity outward. They make short work of their instructive mission and spend their energy on things that require it: flatfoot dancing, jug playing, shouting.”
Rolling Stone Magazine described the Carolina Chocolate Drops’ style as “dirt-floor-dance electricity.” If you ask the band, that is what matters most. Yes, banjos and black string musicians first got here on slave ships, but now this is everyone’s music. It’s okay to mix it up and go where the spirit moves.
“An appealing grab-bag of antique country, blues, jug band hits and gospel hollers, all given an agreeably downhome production. The Carolina Chocolate Drops are still the most electrifying acoustic act around.” (The Guardian)
“The Carolina Chocolate Drops are...revisiting, with a joyful vengeance, black string-band and jug-band music of the Twenties and Thirties—the dirt-floor dance electricity of the Mississippi Sheiks and Cannon’s Jug Stompers.” (Rolling Stone, Michael Hill)