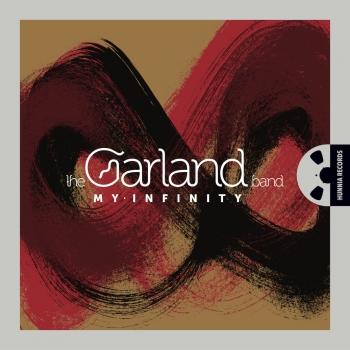 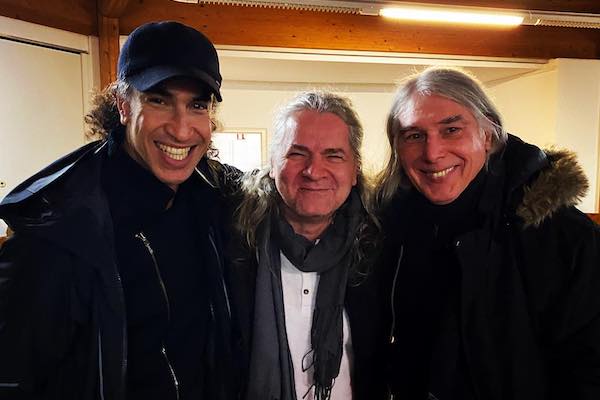 Ferenc Honyecz
Musician, composer, producer, and founder of The Garland Band. The studio album titled My Infinity was released in November 2016. The band further introduced themselves to the audience at their concerts in Hungary and, beyond that, at the International Harp Festival in France.
As a composer Ferenc has worked with many of Hungary’s big name artists like Enikő Eszenyi (E-Tango album) and Éva Csepregi (Neoton’s Swing album), as well as Adrienn Szekeres, Jamie Winchester, Péter Dorozsmai, and Balázs Havasi. Further, he was a founding member of the band Mester és Tanítványai (”Master and Disciples”) which earned many gold and platinum discs.
He has also composed lots of music for international commercials which have been played for years in different countries. In 2015 he had the opportunity to work with the famous English superstar Craig David as a musician and arranger. The result of their joint work was a monumental concert on the 3rd of May 2015, at the Syma Event and Congress Center in Budapest.
For me, The Garland Band is a musical mood in which I can fulfill my creative self. Playing our songs in Hungary or any country is an indescribable feeling to me. Perceiving the audience’s reaction is simply marvelous. I think this is the real acknowledgement for a performer like me.
Rhani Krija
was born in Essaouira, Morocco, right in the heart of the Gnawa culture. He grew up listening to and exploring many different styles of North African music which formed the basis for his musical work today.
As a teenager, he began to work professionally as a percussionist with some of the most respected musicians of the traditional Moroccan music scene, and he soon established himself as a sought-after musician, well known for his authentic grasp of Arabic, Andalusian, African and Latin American music styles.
A few years later, Rhani lived and worked in France for a while before eventually moving to Cologne, Germany, where he now has his home base. Over the years, he has been featured on many television shows as well as at Jazz & World Music festivals in France, Germany, The Netherlands, Tunisia, Morocco, Argentina, Slovenia, and many other countries.
Mastering a large variety of percussion instruments such as the Darbouka, Riqq, frame drums, congas, bongos, Djembe, Caribbean timbales and many others, his musical influences today are derived from a combination of traditional Arabic and North African rhythms, Latin American styles, Blues, Reggae and Pop.
Rhani has been appearing, touring and sharing the stage with Housseine Kili, Djamel Laroussi, Omar Sosa, Momo Djender, Eda Zari, Don Byron, Karim Ziad (formerly with Joe Zawinul and others), Mokhtar Samba (Yousso N ́dour, Salief Keita), Xavier Naidoo, Sarah Connor, WDR Big Band, Vinnie Colaiuta, Dominic Miller, Adel Salameh, Keziah Jones and many others.
In February 2003, Rhani was invited by STING to record percussion tracks for STING ́s new album “Sacred Love,” which was released later that year. The collaboration continued on STING ́s DVD “Inside—The Songs of Sacred Love,” on which Rhani is prominently featured as the percussionist of the band, followed by the worldwide promotion tour for the “Sacred Love” album which kept him busy until the end of 2003. Since January 2004, Rhani is on the road again with STING as the percussionist in STING ́s band on the “Sacred Love” world tour, and he feels privileged that his work with STING not only gave him the opportunity to share the stage with “the man himself” but also with jazz greats of the likes of Herbie Hancock and Chick Corea.
Emese Sarkadi-Szabó
Welcome, my name is Emese Sarkadi-Szabó. I have poems and songs since my childhood. In this formation I had the chance try out my creativity in many style. As a I two video clips which shown on music televisions (under my stage name Émi.) I am very pleased that at the same time I was able to work with the company of Tabloid Theatre of Budapest. Two years ago I was the frontwoman in an indie-hiphop band called Suburband. With them, I gave concerts at Budapest Park, A38 and the Valley of Arts, in Hungary. After the group broke up I worked as a composer.