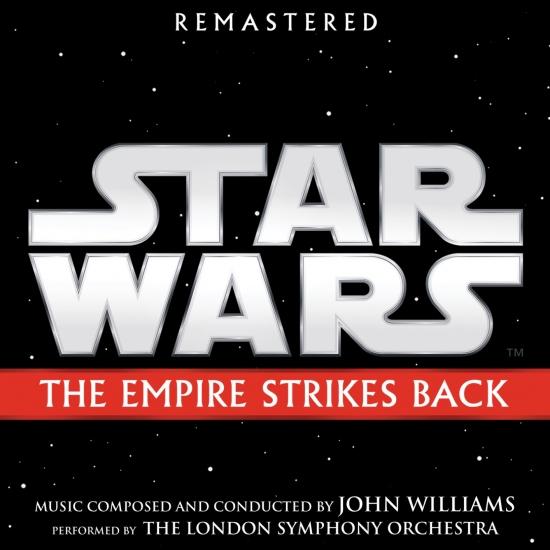 Info for Star Wars: The Empire Strikes Back (Remastered)

40th Anniversary-Edition: Walt Disney Records releases for the first time a 192kHz, 24bit edition of the remastered original motion picture soundtrack for Star Wars: "The Empire Strikes Back".
By the end of the 1970s, John Williams was already a legend among filmmakers and film-scoring buffs. But the success of Star Wars elevated him to something he probably could have scarcely imagined--bona fide pop-culture icon. Williams's masterful score to the first Star Wars sequel (and the chapter many sci-fi fans cite as the series' most dark, emotionally complex, and satisfying) fleshes out his original character themes with some new ones while painting compelling musical portraits of alien worlds as disparate as the ice planet Hoth and the swampy Dagobah. Notable are the menacing, Prokofiev-inspired "Imperial Theme (Darth Vader's March)"; the noble "Yoda and the Force"; and Hoth's "Battle" cues, which are some of the most dramatic action cues ever. This expanded edition also fleshes out the already familiar themes with new tracks that restore the score to its status as a grand galactic symphony. A richly illustrated booklet is included as well, helping listeners place each piece of music in its proper cinematic context. Of his four attempts at coloring George Lucas's rich stellar saga, this remains Williams's most consistent and compelling.
Digitally remastered