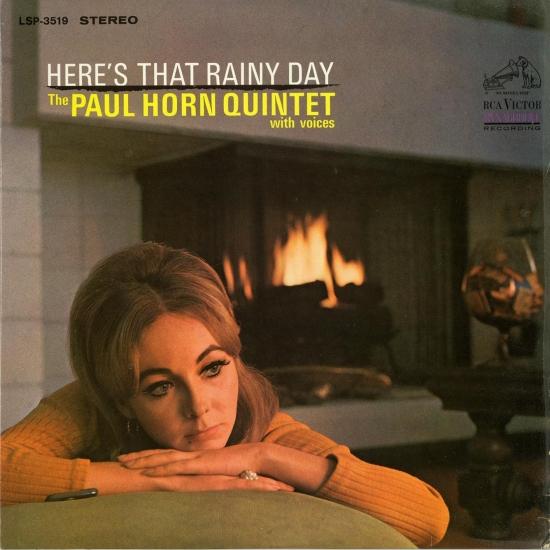 „This a fabulous Paul Horn album, but you must accept that it is something of a "period piece" which was designed to have broad, mass, commercial appeal at that time (1966)…and, for whatever reason, simply didn't (...and I like to think that that was because it was simply too good!... :-) Paul's tone on the flute, alto flute and bass flute (often rendered without any vibrato at all) is gorgeous and his musical concept is unique. The tunes are very short, so he doesn't get a chance to stretch out much, but it does't really matter, because the stark simplicity in his lines (both on the heads and the improvising) is every bit as bold as it is striking. And (...you may be surprised to hear me say this...but I mean it!...) his musical style has the same stark clarity, simplicity and honesty that I have only heard from John Coltrane on the classic Ballads album. That is an all too rare thing, and for ANY musician to achieve, on ANY instrument! If you can listen closely to this and get beyond the lush production - the harp and all of the "ooo's" and "ahh's" of the voices (though, actually, Ralph Carmichael did an excellent job with the arrangements as well as leading the choir, as did the quintet consisting of Mike Lang on piano, Lynn Blessing on vibes, Bill Plummer on bass and Bill Goodwin on drums) - then you will see what a truly remarkable piece of work this is. It is my favourite Paul Horn album and the one I return to most often. Finally, one of my favourite cuts on the album is missing here ("In The Wee Small Hours Of The Morning") and, even with all of the 10 original tracks (and rather like Trane's classic Ballads album), this one clocks in at not much more than 30 minutes...but it is heavy!...And I have no hesitation or compunction in mentioning BOTH of these albums in the same breath!…“
Paul Horn, alto flute, flute, bass flute, clarinet
Lynn Blessing, vibraphone
Mike Lang, piano
Bill Plummer, bass
Bill Goodwin, drums
Ralph Carmichael, conductor (Choral)
Recorded November 4, 5 & 8, 1965 at RCA Victor's Music Center of the World in Hollywood, California
Produced by Al Schmitt
Digitally remastered 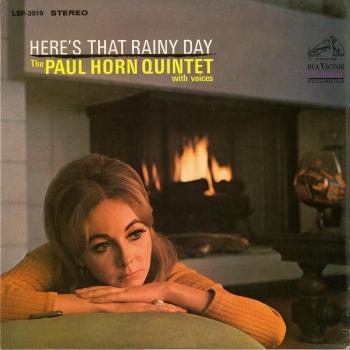