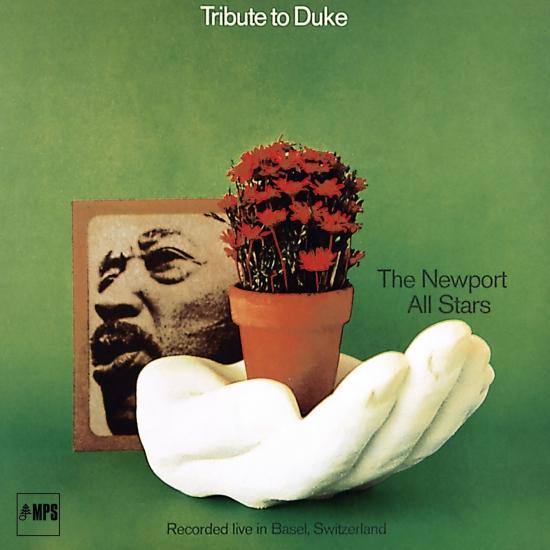 Artist: The Newport All Stars

Best known as the world’s “most famous jazz impresario”, George Wein founded the iconic Newport Jazz Festival in 1954. An avid jazz pianist, Wein fronted a series of groups under the title The Newport All Stars. The bands were composed of major players ranging from Dixieland to Swing on into mainstream. This 1969 group included trumpeter Ruby Braff; defined as an “Ivy League Armstrong” by Jack Teagarden, Braff was a young player who opted for Dixieland. Barney Kessel and Kenny Burrell were two of the top mainstream guitarists of the era, while Joe Venuti was a violin maestro, and a jazz pioneer on the instrument. Red Norvo brought the vibraphone into the jazz mainstream. His playing crossed over genres, as his work with Goodman, Parker, and Mingus attests. A rock-solid rhythm section anchors the group. Sweet Georgia Brown blisters by with a flashy drum intro and an outstanding Venuti solo. Venuti continues on Undecided before Kessel takes over. The next four pieces are Ellington classics, with Venuti’s bravura performance on Sophisticated Lady, Kessel’s unaccompanied masterpiece on Day Dream, Braff’s tasteful solo on I’ve Got It Bad, and Burrell’s bluesy rendition of Sittin’ And A’Rockin’. Deed I Do swings with a modern Dixie feel, and on If I Could Be With You, Braff takes a romantic stroll down memory lane. Mercer Ellington’s blues Things Ain’t What They Used to Be highlights bassist Larry Ridley, while everyone gets to step into a bouncy Rose Room. Critic Scott Yanow of AllMusic called the album a “strong mainstream set from an era when swing-based music seemed to be in danger of becoming extinct”. You can take this album off the “endangered species” list.
Barney Kessel, guitar
Kenny Burrell, guitar
George Wein, piano
Red Norvo, vibraphone
Joe Venuti, violin
Ruby Braff, cornet
Larry Ridley, bass
Don Lamond, drums
Recorded Oct. 29th, 1969 in concert at Stadt-Casino Basel, Switzerland
Engineered by Rolf Donner
Digitally remastered 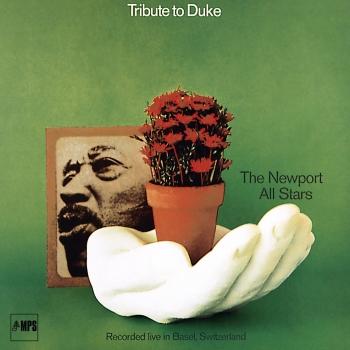 Tribute to Duke - The Newport All Stars Live in Basel (Remastered)

The Newport All Stars