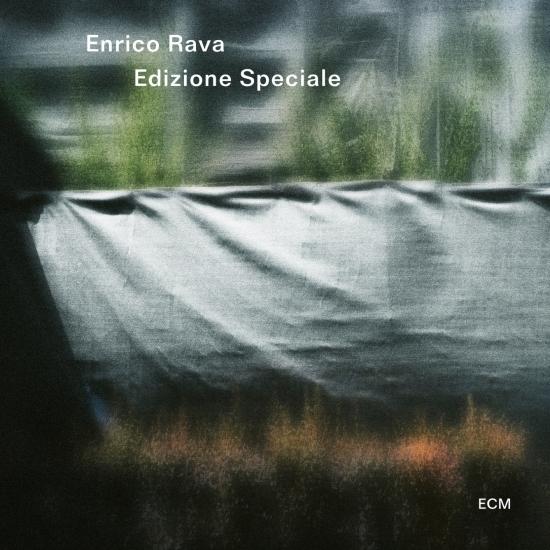 Enrico Rava, long a key figure in European jazz, has been a mentor for successive generations of Italian players. His celebratory Edizione Speciale, recorded live at the Middelheim Festival in Antwerp, brings together a team of young improvisers who play his music with fire and élan, accompanying his fountain of melodic ideas, while also taking advantage of the free space that the extensive musical forms open up. The group’s repertoire includes material from the trumpeter/flugelhornist’s early recording Enrico Rava Quartet (1978) and Wild Dance (2015), plus a rendition of “Once Upon a Summertime” – the English version of Michel Legrand’s “La valse des lilas” – as well as the universally known Cuban song “Quizás, Quizás, Quizás”.
Enrico Rava delivers a characteristically outgoing performance in this live recording from Antwerp’s Jazz Middelheim festival. In the summer of 2019, the doyen of Italian jazz was in buoyant mood as he zigzagged between celebrations marking ECM’s 50th anniversary and his own 80th. For these concerts, the core of his current quartet with guitarist Francesco Diodati, bassist Gabriele Evangelista and drummer Enrico Morello was augmented with guests to form a special unit, an Edizione speciale able to rove across the totality of Enrico’s musical enthusiasms. To differing degree, all the players heard here have been inspired by Enrico Rava’s example: he has been a mentor to most of them and, in turn, draws fresh energy from their spirited interaction. “I give them a lot of freedom,” he has said of his sidemen, “because I trust them. I have to trust them, and they have to trust me – at that point, everything is possible.”
Always a special case among the improvisers, Rava (born in Tieste in 1939) stood out in the late 1960 and early 1970s era of the new music, as a tradition-conscious player in the inner circle of the free blowers. This is apparent on some of his earliest recorded appearances - with Steve Lacy on The Forest and the Zoo, for instance, or with Manfred Schoof on European Echoes or with Carla Bley in the massed ranks of Escalator Over the Hill.
“I always felt connected to the tradition of jazz, and started to discover a more ‘Italian’ way of feeling the music which to me means giving greater importance to the melody”, Rava explained in the book Horizons Touched. The trumpeter/flugelhornist gradually dove deeper into his “personal musical world, which represents a synthesis of the many experiences of my life.” This meant jazz from New Orleans to Ornette Coleman and beyond, influences from Italian classical and popular music, and also “the feeling of South America, in a way my second home, with tango and Brazilian music…I’m putting all the musics that I love together making something that is still essentially jazz but also unmistakably my music.”
The repertoire of Edizione speciale expresses this autobiographical flavour from the first moment. “Infant” begins with briefly unaccompanied Rava flugelhorn, soon to introduce a theme that moves initially like one of Ornette’s themes for his early group with Don Cherry, as saxophonist Francesco Bearzatti plays tight unisons with Enrico. The entry of guitarist Gabrieli Evangelisti subverts the association in an explosion of sound-colour and by the time Giovanni Guidi, one of Rava’s most gifted protégés, arrives with a boiling piano solo the feeling is established that this music, brimming over with personality, can go anywhere, swinging with insouciant recklessness from mood to mood.
Michel Legrand’s “Once Upon A Summertime” is gradually untethered from associations with the Miles Davis/Gil Evans collaboration on Quiet Nights, with poetic and limpid Guidi piano easing the ballad into freer areas which coalesce into Rava’s “Theme for Jessica Tatum” from his Noir collection of darkly cinematic tunes.
“Wild Dance”, title track of the Rava Quartet’s 2015 album, proposes balletic movement over a floating pulse with flugelhorn juxtaposed against distorted electric guitar texture, which Rava refers to as “clouds of sounds.” “The Fearless Five”, meanwhile, takes us back to the heyday of Enrico’s group with the late Roswell Rudd, with roots in Dixieland and the lurching rhythms of Thelonious Monk, while always reaching for other freedoms.
“Le Solite Cose/Diva” brackets a piece that was a favourite of Enrico’s duo with Stefano Bollani together with another noir-ish portrait which Rava has returned to on several occasions (including Wild Dance). And finally, there is a carnival-spirited account of the popular Cuban tune “Quizás, Quizás, Quizás”. (Guidi has recorded it previously for ECM on his own album This Is The Day). Rava’s Edizione special ensemble uses its syncopated groove as a launching pad for cheery solos from each of the band members. Enrico Morello, whom Rava hails as “the best drummer in Italy right now”, elegantly negotiates the shifting Latin rhythms.
Enrico Rava, trumpet, flugelhorn
Francesco Bearzatti, tenor saxophone
Francesco Diodati, guitar
Giovanni Guidi, piano
Gabriele Evangelista, double bass
Enrico Morello, drums 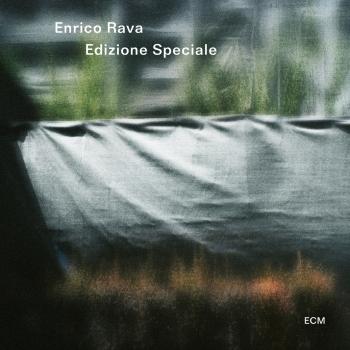 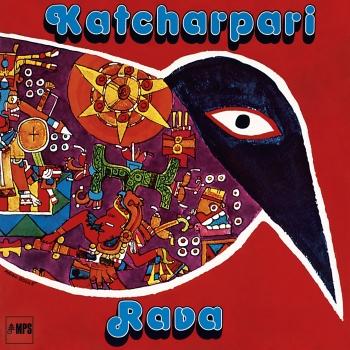