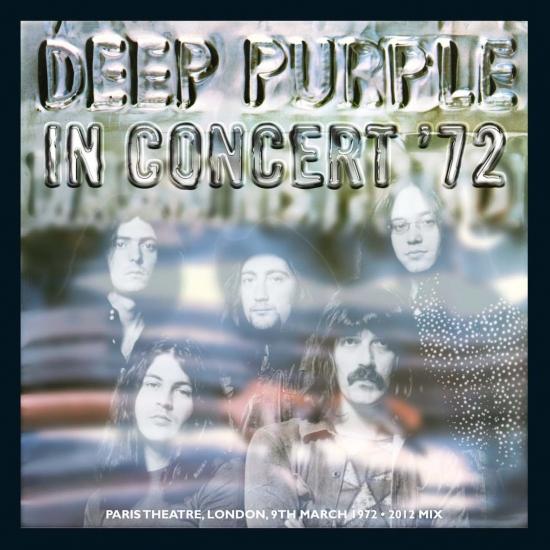 Info for In Concert '72 (Remastered)

Deep Purple In Concert '72 is Deep Purple's fantastic live album, originally recorded at the Paris Theatre on Lower Regent Street in London for the BBC's 'Sounds Of The Seventies' radio program on the 9th March 1972.
It features the classics; „Highway Star,“ „Strange Kind Of Woman“ and „Space Truckin’“ as well as the first ever live performance of probably rock's biggest track „Smoke On The Water“. The album was remixed in 2012 and is now being released on HighResAudio, with the bonus track „Maybe I'm A Leo“ (Sound Check Version) available for the first time.
This BBC recording from 1972 has appeared previously but only now is the correct running order restored and one track makes its first appearance. Uniquely, in 1972 the BBC recorded Purple for their ‘Sounds Of The Seventies’ series using 8-track and it was broadcast on March 18 of that year.
Most of the set features „Machine Head“ (the album came out in late-March) and therefore is an almost unique and complete live account of that album, complementing – even if overshadowed – by the seminal ‘Made In Japan’ set released in late-1972.
The only tracks missing from this BBC gig are those they couldn’t rescue from the original tapes, sound-check versions of ‘Never Before’ and ‘Highway Star’ although they managed to salvage ‘Maybe I’m A Leo’.
The liner notes detail the various iterations of the album’s history from vinyl in 1980 as part of an ‘In Concert’ double LP. There’s no explanation though for the unusual use of 8-track tape. Perhaps uniquely also the original broadcast included a fair amount of (rather superfluous) banter from the compere Mike Harding, and interjections from Ian Gillan.
„And the music? Well here is a band on the threshold of greater commercial success, there is a confidence in the delivery and a contrast with the earlier BBC set from 1970 (That gig was included on the 1980 vinyl and the first CD issue of these concerts in 1992). The extended version of ‘Strange Kind Of Woman’ showcases Blackmore’s idiosyncratics and the spot on scat singing from Gillan, whilst ‘Space Truckin’ is a 22-minute tour-de-force. Of course collectors can debate whether this gig exceeds the Made In Japan set in places (although that analysis is now further complicated by the recent multi-disc release). In truth, ‘Smoke On The Water’ – which receives a first live outing – lacks the power of the definitive MIJ version but, really, this is splitting hairs. ”In Concert 72′ is a wonderful artefact not just of a band in their ascendancy but of a time when there was actually something exciting for rock fans on the radio.“ (David Randall, Get Ready To Rock)
Ian Gillan, vocals
Ritchie Blackmore, guitar
Roger Glover, bass
Jon Lord, organ
Ian Paice, drums
Digitally remastered