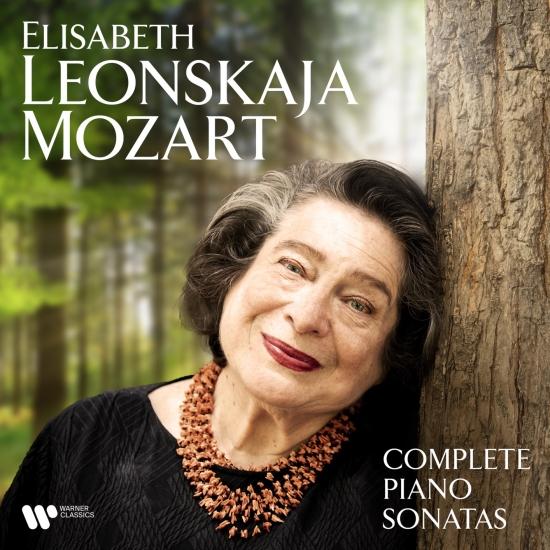 Elisabeth Leonskaja is one of the most celebrated pianists of our time, remaining true to herself and to her music, and in doing so, is following in the footsteps of the great Russian musicians of the Soviet era, such as Sviatoslav Richter and Emil Gilels."A kaleidoscopic Mozart with a lifetime's wisdom and experience behind it" according to The Arts Desk after a Wigmore Hall concert.
Born in the Georgian capital Tbilisi and trained at the Moscow Conservatory, Elisabeth Leonskaja has been based in Vienna since 1978 and enjoys special renown as an interpreter of the Classical and Romantic Austro-German repertoire.
The integrity of her approach, and her seemingly innate understanding of the music she plays, stands her in good stead as an interpreter of Mozart’s 18 piano sonatas – ‘essential’ works of the Viennese keyboard repertoire. Mozart composed them in various locations around Europe between the mid-1770s, when he was in his late teens, and 1789, two years before his death. Any pianist who interprets them needs to be an exponent of the proverbial art that conceals art. Famously, the great Viennese-trained pianist Artur Schnabel (1882-1951) felt that: “The sonatas of Mozart are unique; they are too easy for children, and too difficult for artists.” As so often with Mozart, the surface of the sonatas appears comparatively simple, but beneath it lies a highly sophisticated structure and considerable expressive substance. In the words of Edwin Fischer, another major pianist of the first half of the 20th century: “One should experience [Mozart’s] music with imagination and feeling … Mozart is not sweetness or artistry, Mozart is the touchstone of the heart.”
Commenting on Elisabeth Leonskaja’s renewed presence on the Warner Classics label, Bertrand Castellani, VP A&R Warner Classics & Erato, says:“It is a joy and an honour for Warner Classics to welcome back the legendary Elisabeth Leonskaja, who has made so many revered recordings for the label in the past. Not only is she one of the greatest pianists of our time, but she is also a link to the Russian school that has played such an important role in the history of the piano. With her recording of Mozart’s complete piano sonatas, she has reached a new discographic landmark. Her Warner Classics catalogue will also now be enriched by the recent recordings that she made for the label eaSonus, notably an outstanding complete cycle of the complete Schubert piano sonatas.”
“Elisabeth Leonskaja’s journey leads from one peak to another. By constantly excelling herself, driven by her own personal demands, by her passion and her intelligence, she has earned a place among the greatest, not just of today, but of the past …” Winner of Germany’s prestigious Opus Klassik Award in 2020, she is admired as an interpreter who respects the truth of the music. As Leonskaja herself has said: “When I play, I am not presenting myself on the stage, but the music I am playing. It is the music that matters.” (Diapason)
Elisabeth Leonskaja, piano 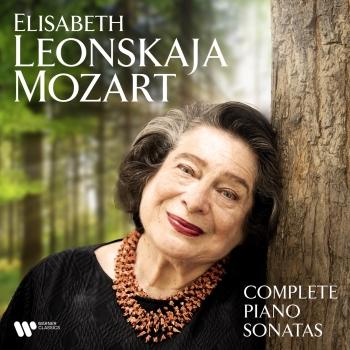 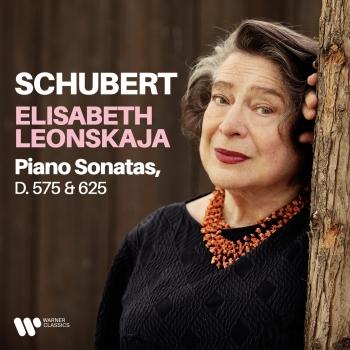 Elisabeth Leonskaja
has long been among the most celebrated pianists of our times. In a world dominated by commercial media, she has remained true to herself and to music, in the tradition of great Russian musicians such as David Oistrakh, Sviatoslav Richter and Emil Gilels. Like them, she has always stood for the quintessence of music even under the most difficult political conditions. And like them, she has never been interested in showy appearances. On stage, however, she overwhelms the audience with the power of the music; this has been the substance and the goal of her life.
Born into a Russian family in Tbilisi, Elisabeth Leonskaja gave her first concerts at the age of eleven. While still a student at the Moscow Conservatory, she won prizes at major international piano competitions, including the Enescu Prize, the Marguerite Long-Jacques Thibaud Competition and the Queen Elisabeth of Belgium Prize. Her musical development was decisively influenced by her collaboration with Sviatoslav Richter who recognized her exceptional talent and encouraged her by inviting her to play duo concerts with him. This musical and personal friendship continued until Richter’s death in 1997.
Leonskaja left the Soviet Union in 1978 and made Vienna her home. Since then, she has performed as soloist with the world’s finest orchestras and has worked with many renowned conductors. She is a regular guest at numerous international festivals, such as the Wiener Festwochen, the Schleswig-Holstein Music Festival, the Schuertiade Schwarzenberg, the Spring Festival Tokyo and the December Nights in Moscow. Her name is also to be found among international recitalists in the most prominent piano series of major musical centers oft he world from Paris to Vienna to Melbourne.
In addition to her many solo engagements, chamber music remains an important part of her work. She has performed many times with string quartets, such as the Belcea, Borodin Artemis and Jerusalem quartets. She also had a longstanding musical friendship with the Alban Berg Quartet, and their piano quintet recordings are legendary.
Numerous LPs and CDs bear witness to the pianist’s high artistic level, and her recordings have repeatedly been awarded prizes. The most recent appeared on eaSonus (www.easonus.com). “Paris”, with works by Ravel, Enescu and Debussy, was named the Solo Recording of the Year 2014 by the ICMA Jury. “Saudade”, an homage to Russian culture with works by Tchaikovsky, Shostakovich and Rachmaninoff, was released in November 2017. A complete recording of Franz Schubert’s piano sonatas in two volumes of four CDs each has been available since April 2016 and May 2019 respectively. A double-CD with variations and sonatas by Robert Schumann followed in January 2020.
In her second homeland, Austria, Elisabeth Leonskaja is an honorary member of the Vienna Konzerthaus. In 2006 she was awarded the Austrian Cross of Honor for Science and Art, First Class, for her outstanding service to the culture of the country. It is the highest award in Austria. In Georgia, she was named Priestess of Art in 2016, this country’s highest artistic honor. In 2020 she received the International Classical Music (ICMA) Lifetime Achievement Award.