A Rush Of Blood To The Head (Remastered) Coldplay 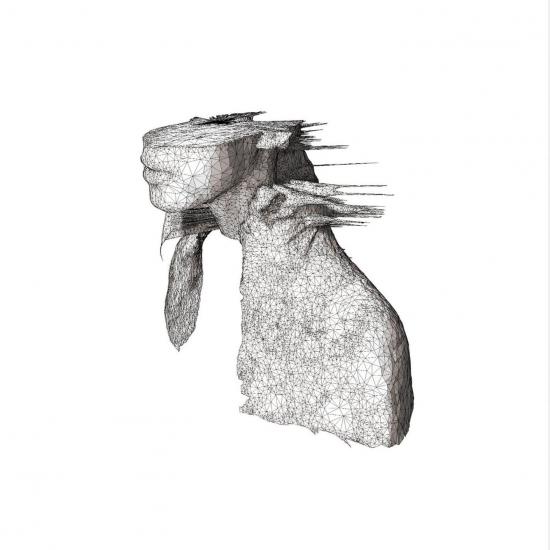 Info for A Rush Of Blood To The Head (Remastered)

A Rush Of Blood To The Head is Coldplay’s second studio album and was released on August 26th, 2002. It has been said by critics and fans to be one of Coldplay’s best and most creative albums. The album features more piano and heavy guitar than their previous release and produced a number of popular favorites, including “In My Place”, “Clocks”, “The Scientist” and “God Put A Smile Upon Your Face”.
Like the best rock bands, Coldplay revels in drama. But unlike most platinum-selling acts, their appeal is cerebral rather than visceral -- at times, the band's music seems more suited to cathedrals than rock clubs, thanks in part to Chris Martin's ethereal voice and the sweeping lines that emanate from Jonny Buckland's guitar. Oddly, the portent never seems to weigh down Coldplay's melodies, which sent their hits 'Yellow' and 'Trouble' (from the multi-platinum previous album, Parachutes) soaring. On their follow-up, A Rush of Blood to the Head, the quartet largely pick up where they left off, although the disc does have its share of sonic deviations -- notably the opener, 'Politik,' which seethes more than it soothes, trailing angry guitar wails and palpable anger on Martin's part. 'A Whisper' traverses different terrain -- Floyd-ian space-pop -- at similarly high speed, its beats swirling like comets across a vast dub-wise universe. Fans drawn to the intimate tone of 'Yellow,' however, still have plenty of chances to luxuriate: 'The Scientist,' which is carried by a deceptively simple piano line, beckons ever so softly; the lovelorn 'Warning Sign' has a comparably lilting, heartstring-tugging theme. Coldplay may wear a pretty face, but that does not, thankfully, mask an empty head.
„After touring in support of their debut album, Parachutes, Coldplay was personally and professionally exhausted. Frontman Chris Martin insisted he was dry; by the time they closed their European tour in summer 2001, he hadn't written a song in months. The U.K. music press immediately pounced on the idea of Coldplay calling it quits, but somewhere lurked the beauty of 'In My Place.' The spirit and soul of this ballad allowed Coldplay to pull it together to make a second album. What came from such anguish and inquisition was A Rush of Blood to the Head. Coldplay has surely let it all go on this record. Acoustics are drowned out by Jon Buckland's riveting guitar work, and vocally, Martin has sharpened his falsetto, refining his haunting delivery. It's a strong album; you can feel, hear, and touch the blood, sweat, and tears behind each song, and that's exactly what Coldplay was going for. Co-producer Ken Nelson and mixer Mark Pythain (the team behind the blissful beauty of Parachutes) allowed Coldplay to make an album that's initially inaccessible, but that's what makes it intriguing. Lush melodies and a heartbreak behind the songs are there, but also a newfound confidence. From the delicate, shimmery classic 'In My Place' to the piano surge of 'The Scientist,' Coldplay exudes an honest passion. The disco haze of 'Daylight' and the love-drunk ballad 'Green Eyes' are divine examples of solid lyrical arrangements, but 'Politik' and the stunning guitar-driven 'God Put a Smile Upon Your Face' project a nervy edge to the band. Echoes of early post-punk showcase Coldplay's ballsy musicianship. Don't fret -- it's not exactly rock & roll, but Radiohead, Echo & the Bunnymen, and the Smiths aren't exactly rock & roll either, and they're well loved. 'Yellow' didn't follow the rock formula, but it sold well, and similarly A Rush of Blood to the Head might not instantly grab listeners, but it's not tailored that way. It pushes you to look beyond dreamy vocals for a musical inner core. Regardless of the band still being in their mid-twenties, they've made an amazing record, and if it ends up being their last, A Rush of Blood to the Head didn't sugarcoat anything. It's a bittersweet design no matter what.“ (MacKenzie Wilson, AMG)
Chris Martin, vocals, acoustic guitar, keyboards
Jonny Buckland, guitar, acoustic guitar
Guy Berryman, bass
Will Champion, drums, harmony vocals, percussion
Additional musicians:
Dan Green , strings
Chris Tombling, strings
Ann Lines, strings
Leo Payne, strings
Peter Lale, strings
Richard George, strings
Susan Dench, strings
Laura Melhewish, strings
Recorded September 2001 – May 2002 at Mayfair Studios, London; AIR Studios, London; Parr Street Studios, Liverpool
Engineered and mixed by Ken Nelson
Produced by Coldplay Ken Nelson
Digitally remastered