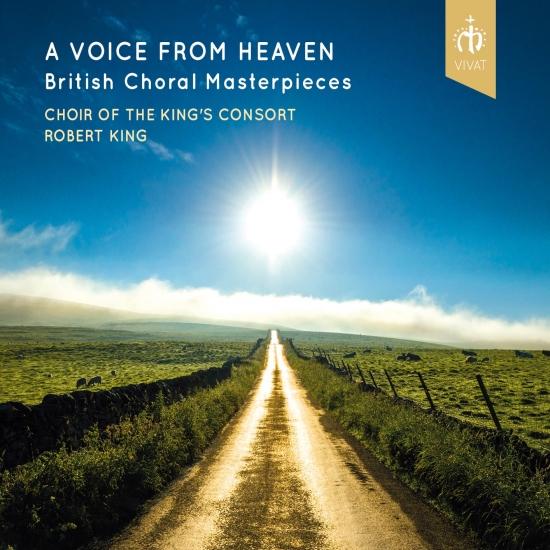 Info for A Voice from Heaven: British Choral Masterpieces

A beautifully themed collection of fourteen of the finest unaccompanied British choral masterpieces of the last 125 years performed by award-winning Choir of The King’s Consort.
The fascinating mix of familiar and unfamiliar includes five ‘paired' settings: William Harris’s classic 1959 ‘Bring us, O Lord God' partnered by James MacMillan’s 2010 setting of the same words; Herbert Howells' devastatingly poignant ‘Take him, earth, for cherishing' (in memory of the slain President Kennedy) juxtaposed with John Tavener’s 2008 response to the same text; ‘Justorum animae' (‘The souls of the righteous') in versions by Lennox Berkeley, Charles Villiers Stanford and Herbert Murrill; heartfelt settings of ‘Drop, drop, slow tears' by Kenneth Leighton and Thomas Hewitt Jones; and Stanford’s beautifully crafted ‘I heard a voice from Heaven' coupled with Herbert Howell’s exquisite, mystical setting of the same words.
The collection is completed with three impressive single works: Parry’s valedictory ‘Lord, let me know mine end', William Harris’s masterwork ‘Faire is the Heaven', and a stunningly powerful recording of John Tavener’s ‘Song for Athene', which sprang to global fame when performed at the funeral of Diana, Princess of Wales.
Recorded in the well-nigh perfect acoustic of St Jude’s Church, London, by the award-winning production team of David Hinitt and Adrian Peacock.
Extensive presentation includes 64 page booklet with authoritative liner note in three languages by conductor Robert King, together with full sung texts and session photographs.
“Impossible not to add to the praise that has greeted this beautifully performed collection...The settings are mournful but consolatory.” (Sunday Times)
“this album of unaccompanied British choral works shows the 28-strong Choir of the King Consort, especially known for baroque performance, in a rich, lushly romantic light.” (The Observer)
„The neutral "British Choral Masterpieces" subtitle of this release by the venerable Choir of King's Consort masks what is actually quite distinct and intimate content. The music does not draw on all periods of British music, but rather consists of pieces from the 20th century that fall more or less into the long tail-end of the British Romantic tradition. The exceptions are two works by John Tavener, each of which has a good reason for being there: the beautiful performance of the Song for Athene rings down the curtain with the utmost calm, and his setting of the funeral Take him, earth, for cherishing text points to the larger organization of the program. It is one of a group of pairs of treatments of the same text, most of them separated by several decades. The booklet gives generous explanations of the connections among these composers and of how the later settings came to be (Tavener found inspiration, for example, in Herbert Howells' setting of the fourth century text after the death of his own brother), and the listener comes away with a deeper understanding of the nature of the modern British tradition. Compelling as all this is, it's less significant than the beauty of the performances themselves, by Robert King and his choir. Sample the limpid beauty of Lennox Berkeley's Justorum animae, which, like several of the other later settings, is economical in comparison with the earlier setting by Charles Villiers Stanford. There's an example of work by the current generation (the setting of Drop, drop, slow tears by Thomas Hewitt Jones), and a few other freestanding pieces that make sense in context. King puts the basses forward in the vocal blend, which may or may not be to your taste, but the sonic environment of St. Jude's Church is right. Highly recommended.“ (James Manheim, AMG)
Choir of The King’s Consort
Robert King, direction 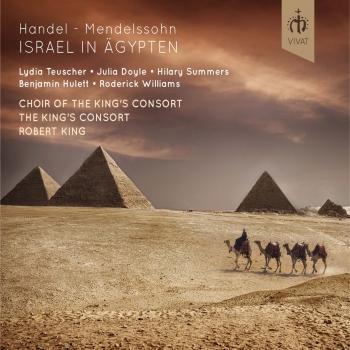 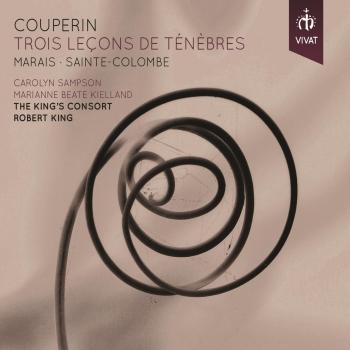 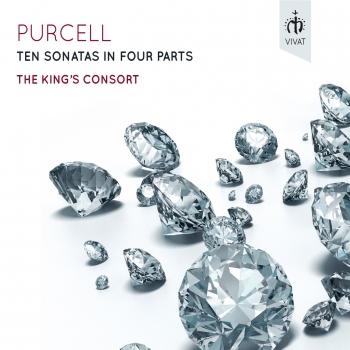 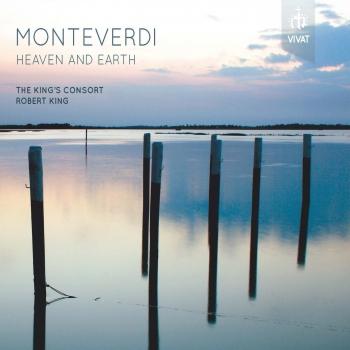 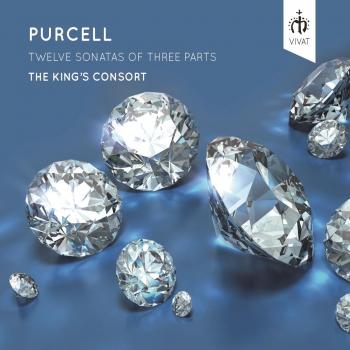 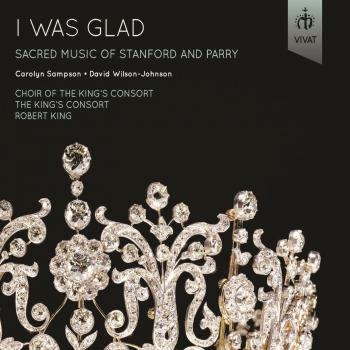 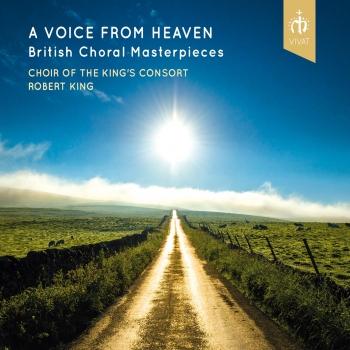 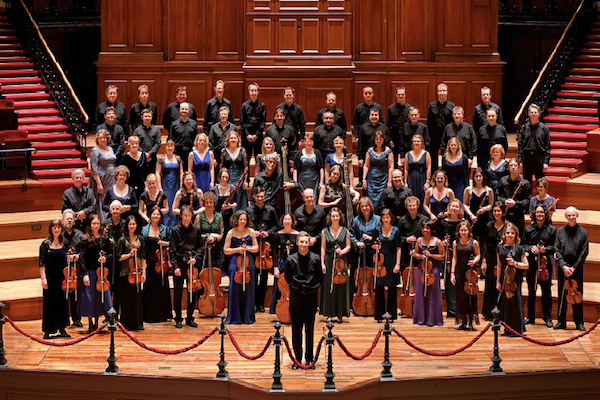 Booklet for A Voice from Heaven: British Choral Masterpieces