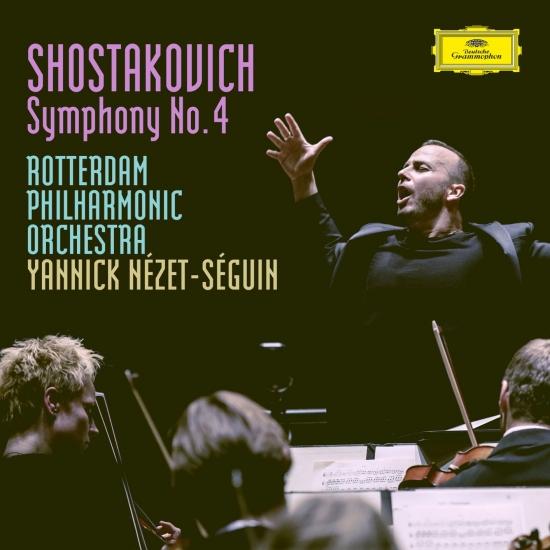 Info for Shostakovich: Symphony No.4 in C Minor, Op.43

This collection of previously unreleased live recordings celebrates the Rotterdam Philharmonic Orchestra’s centenary and the ten-year residency, from 2008 to 2018, of its principal conductor Yannick Nézet-Séguin.
The Rotterdam Philharmonic, under its long-term Principal Conductor Yannick Nezet-Seguin, is widely recognised as one of Europe’s most distinguished orchestras. Celebrated for its winning combination of passionate commitment, boundless energy and scintillating virtuosity, the orchestra has come a long way since its relatively humble beginnings in 1918 as a private ensemble whose members initially paid for the privilege of joining its ranks.
The arrival of Canadian maestro Yannick Nezet-Seguin in 2008 signalled a new golden era for the Rotterdam Philharmonic, as is evidenced by this outstanding set of recordings, captured live in the Doelen concert hall between 2011 and 2016 and collected together here for the first time by Deutsche Grammophon. At the end of 2017/18 season Nezet-Seguin assumes the role of Honorary Conductor, handing over the post of Principal to 29-year-old Lahav Shani.
Rotterdam Philharmonic Orchestra
Yannick Nezet-Seguin, conductor
Please note: this is not a box-set. Each album ist sold individually. The track-list is the content that you purchase. 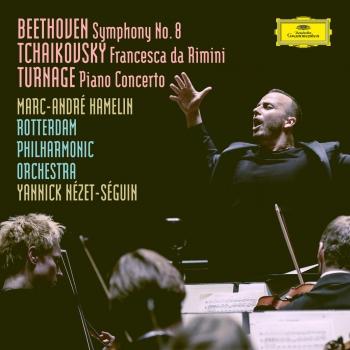 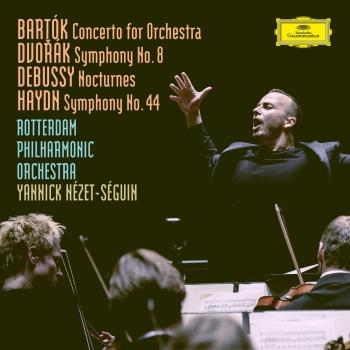 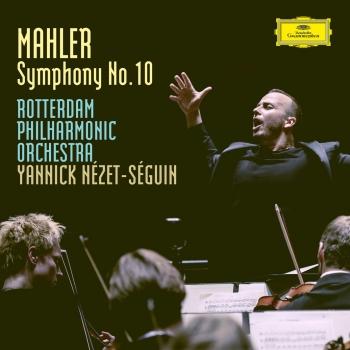 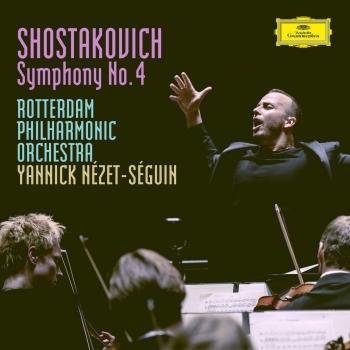 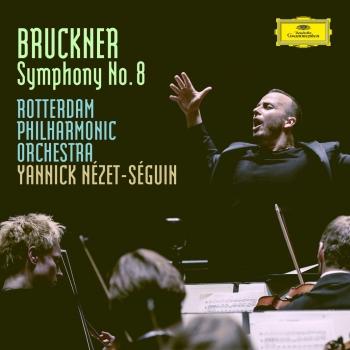 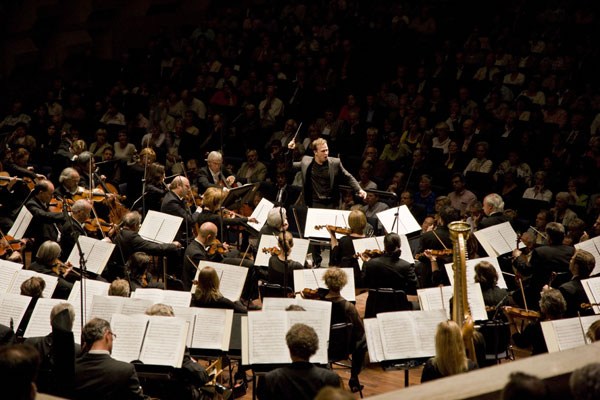 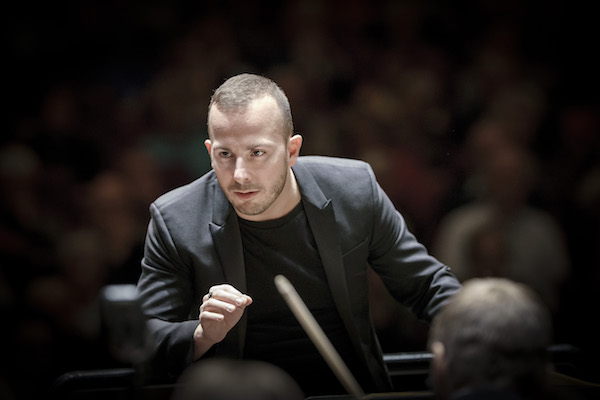 The Rotterdam Philharmonic Orchestra
was founded in 1918. In the 1930s under chief-conductor Eduard Flipse it developed into one of the most prominent orchestras of the Netherlands. With Jean Fournet and Edo de Waart the orchestra entered a new era. It was together with De Waart, who was appointed chief-conductor in 1973, that the orchestra gained international recognition in numerous recordings and successful tours.
Valery Gergiev’s appointment as Music Director in 1995 heralded a new period of bloom. The celebrated Russian conductor made his debut with the orchestra in 1988. During the years of his leadership, the Rotterdam Philharmonic Orchestra has developed into an orchestra of worldwide reputation. At the start of the 2008-2009 season, Yannick Nézet-Séguin succeeded Valery Gergiev as Music Director.
Especially notable is the orchestra’s opera tradition. It gave the world premiere of Alfred Schnittke’s Life with an Idiot, and participated in acclaimed productions of Pelléas et Mélisande, Parsifal, and Tristan und Isolde. Its concert performance of Wagner’s Parsifal under Rattle, as part of the September 2000 BBC Proms, was hailed a triumph.
One of the ambitions of the Rotterdam Philharmonic is to cultivate new audiences. Therefore special concerts for children are given; the boundaries between classical, world, and light music are explored in festive prom-concerts; and the world of classical music is introduced in educational concerts.
In addition to 70 subscription concerts, the Orchestra’s schedule each season includes the Rotterdam Philharmonic Gergiev Festival. Themed ‘Heaven and Earth’ the 13th edition of this festival will take place from 6 to 13 September 2008, featuring symphonic concerts, chamber music, a film series and solo and song recitals.
Yannick Nézet-Séguin
At the start of the 2008/2009 season, Yannick Nézet-Séguin succeeded Valery Gergiev as Music Director of the Rotterdam Philharmonic Orchestra and became Principal Guest Conductor of the London Philharmonic Orchestra. He remains Artistic Director and Principal Conductor of the Orchestre Métropolitain du Grand Montréal, a position he took up in March 2000, and during his tenure, has dramatically raised the orchestra’s standards and popularity, sharing with his musicians rigour and passion for music of many different styles.
Following his European debut in late 2004 with Orchestre National du Capitole de Toulouse, he swiftly established a fine reputation in Europe, appearing with a wide range of orchestras, among them City of Birmingham Symphony, Frankfurt and Flemish Radio Symphony Orchestras, Sydney Symphony, Scottish Chamber and Northern Sinfonia and received re-invitations across the board. He is now a regular guest conductor of many leading orchestras, such as the Dresden Staatskapelle, Orchestre National de France, Royal Stockholm Philharmonic and Chamber Orchestra of Europe. During 2008, he made acclaimed debuts with the Philadelphia Orchestra, Vienna Symphony Orchestra, National Symphony Orchestra Washington, the Deutsches Symphonie-Orchester Berlin and the Mahler Chamber Orchestra.
In Canada, Yannick Nézet-Séguin regularly conducts the Toronto Symphony, and has worked with all the orchestras of note, including the National Centre of Arts Orchestra (Ottawa), Montreal Symphony, Vancouver Symphony, CBC Radio Orchestra, Edmonton Symphony, Calgary Philharmonic and Victoria Symphony, of which he was Principal Guest Conductor between 2003 and 2006.
Forthcoming debuts include the Boston Symphony Orchestra, the Los Angeles Philharmonic, the Cleveland Orchestra, the Zurich Tonhalle, the Vienna Philharmonic, the Berlin Philharmonic, the Orchestra of the Age of Enlightenment, the Orchestra Sinfonica dell’Accademia di Santa Cecilia and the Leipzig Gewandhaus Orchestra.
A native of Montreal, his productions for L’Opéra de Montréal have included Monteverdi’s L’incoronazione di Poppea, Mozart’s Cosi fan Tutte, Debussy’s Pelléas et Mélisande,Donizetti’s L’Elisir d’amore, Rossini’s L’Italiana in Algeri, Puccini’s Turandot and La Bohème. HIs most recent Canadian productions have been Gounod’s Faust for Canadian Opera (2007), and Madama Butterfly in Montreal (2008). In August 2008 he made an outstandingly successful Salzburg Festival debut conducting the Mozarteum Orchestra in Mozart’s Mass in C Minor and a new production of Gounod’s Roméo and Juliette with a cast led by Rolando Villazon and Nino Machaidze. In May 2009 he will make his debut at the Netherlands Opera conducting Janacek’s The Makropoulos Case,with further productions scheduled for 2009/2010 and 2011/2012. Forthcoming debuts also include the Metropolitan Opera in New York, La Scala, in Milan and the Royal Opera House, Covent Garden.
He records for the dynamic Canadian company ATMA Classique and all his recordings with his Orchestre Métropolitain have received prizes and been extremely favourably reviewed by the international music press. His most recent recordings, La Mer (a collection of works by Debussy, Britten and Mercure) and Bruckner Symphony No.9 with the Orchestre Métropolitain, have been widely acclaimed. HIs first recordings with Rotterdam Philharmonic are due for release in the near future.