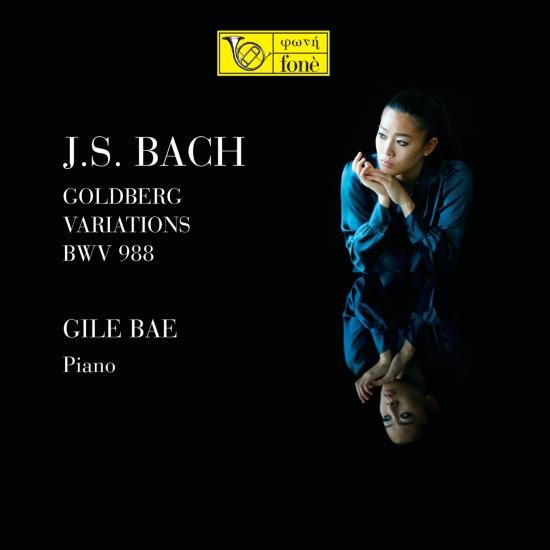 Gile Bae, an internationally acclaimed classical pianist, begins an important recording career with fonè records.
Gifted from a young age, she has won numerous awards and performs at international stages. She is a Bösendorfer artist!
The first album sees her busy with Goldberg Variations - J.S.Bach an absolute masterpiece. This album was recorded in the Sala dell'Ermellino - Casa della Musica in Milano on November 2019. For this prestigious recording Giulio Cesare Ricci used the legendary original tube microphones Neumann U47, U48
Recordings are in Stereo DSD on the Pyramix Recorder using the dCS A/D and D/A converters. A state-of-the-art system without any sound manipulation, neither equalization, nor reverberation, nor compression and expansion ... but natural sound with true timbre to best enhance the acoustics of the Sala dell'Ermellino.
The mastering has been realized by Giulio Cesare Ricci using the Signoricci system, entirely analog and tube The result of this recording is fantastic.
With this recording Giulio Cesare Ricci wanted to make the listener live a unique experience. It is as if the listener was sitting on an armchair positioned in the ideal point of the Sala dell'Ermellino.
In this position the sound has a field effect and its depth, width and height are very appreciable. Great dynamics but also great precision - It's an album not to be missed
Is the Bach we have heard Ferruccio Busoni play on his piano legitimate? What about Glenn Gould? Or Jörg Demus? And the music that carries us away when Angela Hewitt is at the keyboard? Let’s admit it, the age-old controversy, or better, the recent reparation of the “querelle des anciens et des modernes” which was stirred up three centuries ago by the duelers Gian Giuseppe Orsi and Dominique Bouhours, has wearied to death all those who still want to “bien penser” (in the words of the above-mentioned count and the Jesuit priest, as they mauled each other with ceremonial bows). Of course: let’s be fair, credit where credit is due. Sooner or later, every true musician has to deal with a collective problem. The question is: “When playing ancient music, is it a noteworthy phenomenon to always and regardless use ancient instruments, i.e. instruments which are contemporaries of the music being performed and its composer (or, in the case of a total dearth of ancient instruments, modern ones constructed in a similar manner)?” It is a noble problem and every musician who is also a thinker must take it into consideration. ...
Gile Bae, piano 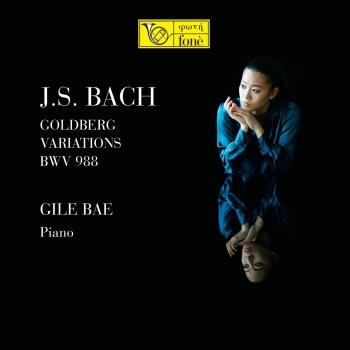 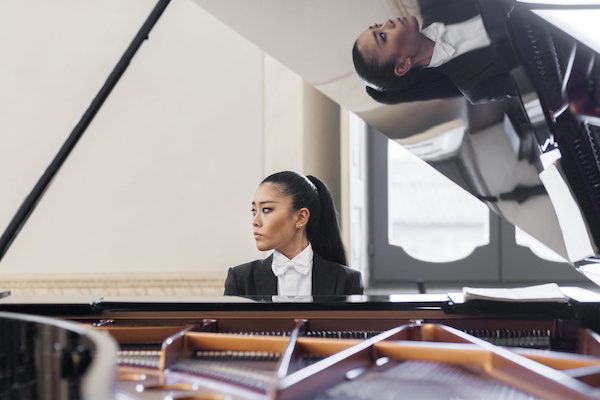 Gile Bae
was born in 1994, in Capelle aan den Ijsel, the Netherlands. She began studying music at the age of five, showing exceptional talent as a pianist, and made rapid progress. She made her debut as a soloist in 1999 with Orchestra in South Korea, and went on to perform in the UK, Austria, Germany, the Netherlands, Switzerland, Spain, Portugal and Italy. During this time, she also performed live for radio and television broadcasts in northern Europe.
At age six Gile Bae enrolled in The Hague Royal Conservatory, where she studied under Marlies van Gent. She has won major international competitions: the Steinway & Sons International Piano Competition at Amsterdam’s Concertgebouw, the EPTA International Piano Competition in Belgium, and the Maria Campina International Piano Competition in Portugal.
In 2009, she took first prize at the Princess Christina Competition in the Netherlands, as well as the top prize at the Steinway & Sons International Piano Competition, and was chosen to represent the Netherlands at the Steinway & Sons International Festival, where she performed at the Laeiszhalle in Hamburg.
She has played for the Dutch royal family on numerous occasions, and in 2013 gave a performance for Nobel Peace Prize recipient Aung San Su Kyi at the Alma Mater Studiorum in Bologna.
In 2014, as part of celebrations for the 25th anniversary of the Incontri col Maestro Piano Academy of Imola, she performed in the opening concert along with Vladimir Ashkenazy. Also in 2014, Gile Bae performed works by Brahms at the MITO SettembreMusica International Music Festival in Milano and Torino. She has attended numerous master classes, held by pianists including Naum Grubert, Elza Kolodin, Ruth Nye, Tatiana Zelikman, Boris Petrushansky and Jean Ives Thibaudet.
She is currently continuing her studies at the Incontri col Maestro Piano Academy of Imola, under the supervision of the academy’s founder, Maestro Franco Scala.
In May 2016 Gile Bae performed J. S. Bach’s Goldberg Variations at Teatro Olimpico in Vicenza, Italy, for a live recording.