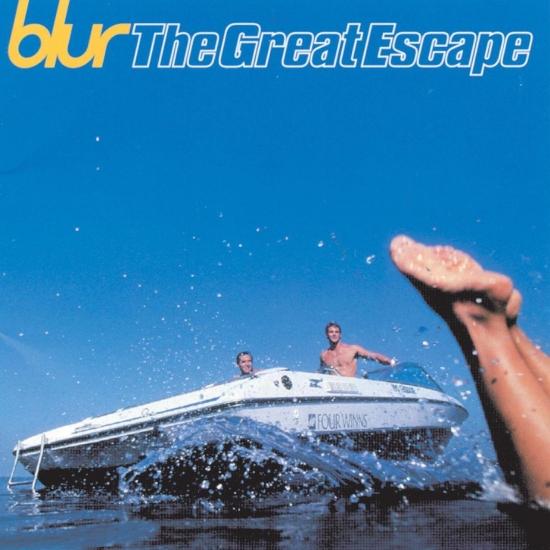 Info for The Great Escape (Remastered)

Blur's fourth album, „The Great Escape“ was originally released in 1995 and was the first Blur album to crack the US charts, as well as going triple platinum in the UK.
„In the simplest terms, The Great Escape is the flip side of Parklife. Where Blur's breakthrough album was a celebration of the working class, drawing on British pop from the '60s and reaching through the '80s, The Great Escape concentrates on the suburbs, featuring a cast of characters all trying to cope with the numbing pressures of modern life. Consequently, it's darker than Parklife, even if the melancholia is hidden underneath the crisp production and catchy melodies. Even the bright, infectious numbers on The Great Escape have gloomy subtexts, whether it's the disillusioned millionaire of "Country House" and the sycophant of "Charmless Man" or the bleak loneliness of "Globe Alone" and "Entertain Me." Naturally, the slower numbers are even more despairing, with the acoustic "Best Days," the lush, sweeping strings of "The Universal," and the stark, moving electronic ballad "Yuko & Hiro" ranking as the most affecting work Blur has ever recorded. However, none of this makes The Great Escape a burden or a difficult album. The music bristles with invention throughout, as Blur delves deeper into experimentation with synthesizers, horns, and strings; guitarist Graham Coxon twists out unusual chords and lead lines, and Damon Albarn spits out unexpected lyrical couplets filled with wit and venomous intelligence in each song. But Blur's most remarkable accomplishment is that it can reference the past -- the Scott Walker homage of "The Universal," the Terry Hall/Fun Boy Three cop on "Top Man," the skittish, XTC-flavored pop of "It Could Be You," and Albarn's devotion to Ray Davies -- while still moving forward, creating a vibrant, invigorating record.“ (Stephen Thomas Erlewine, AMG)
Damon Albarn, vocals, piano, keyboards, organ, synthesizer
Graham Coxon, electric and acoustic guitar, banjo, saxophone, backing vocals
Alex James, bass
Dave Rowntree, drums, percussion
Recorded January–May 1995 at Maison Rouge, Fulham Townhouse Studios, London
Produced by Stephen Street
Digitally remastered

Blur
as we know it was born in 1989 when the band signed to Food/EMI. Debut album Leisure (1991) announced the arrival of a band with pop suss warped by an art-punk eccentricity. Yet Blur had more in them: namely, a revolution in the sound of English popular music. Second album Modern Life Is Rubbish reintroduced the idea that English rock music could be cool, and by the time their third album Parklife emerged in 1994, the rest of the UK had caught up.
The Great Escape (1995) refined the sound palette of Britpop, but Blur were already moving on. 1997's Blur was an about-face - scuffed and noisy and un-English. Follow-up 13 was an even a more radical adventure in sound as William Orbit refereed a truce between organic punkpop and new-fangled technology.
Seventh album Think Tank (2003) was Blur’s first as a three piece after the temporary departure of founding guitarist Graham Coxon, featuring an eclectic variety of rhythms and textures and glorious melodies.
In 2009 Blur reconvened as a four-piece to play a series of UK shows including two sold out dates at Hyde Park and a historic Sunday night appearance at Glastonbury. A film about Blur, No Distance Left To Run, was released in 2010.