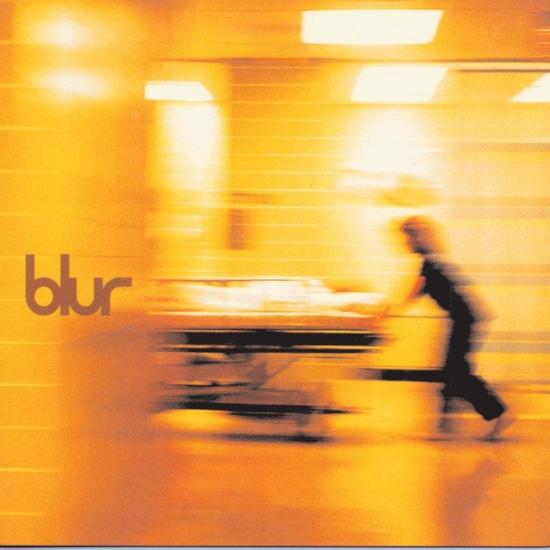 It's okay, America, you can come out now! We don't sound like Duran Duran anymore! Me and the rest of the lads had us a meeting and decided it was time to give the eighties thing a bit of a rest. Don't worry, we didn't throw away all our fab analog synth gear, we just updated things a little. We moved out of that expensive umpteen-track studio and into our mate's mum's garage to get just the right feel for this one. We were so busy reinventing our sound that we didn't even have time to come up with a proper name for the album. What's in a name, though, as long as we've still got the pop hooks coming out our ears?. We've been listening to some of that lo-fi Yank stuff and hanging out with some of the blokes from Stereolab in between reading all those fan mags that make up imaginary battles between us and Oasis, who care more about being the Beatles than we ever did. So the stage is set for our big American takeover. Now all we've got to do is get that bugger at the record company to stop calling our singer "dude."
„The Great Escape, for all of its many virtues, painted Blur into a corner and there was only one way out -- to abandon the Britpop that they had instigated by bringing the weird strands that always floated through their music to the surface. Blur may superficially appear to be a break from tradition, but it is a logical progression, highlighting the band's rich eclecticism and sense of songcraft. Certainly, they are trying for new sonic territory, bringing in shards of white noise, gurgling electronics, raw guitars, and druggy psychedelia, but these are just extensions of previously hidden elements of Blur's music. What makes it exceptional is how hard the band tries to reinvent itself within its own framework, and the level of which it succeeds. "Beetlebum" runs through the White Album in the space of five minutes; "M.O.R." reinterprets Berlin-era Bowie; "You're So Great," despite the corny title, is affecting lo-fi from Graham Coxon; "Country Sad Ballad Man" is bizarrely affecting, strangled lo-fi psychedelia; "Death of a Party" is an affecting resignation; "On Your Own" is an incredible slice of singalong pop spiked with winding, fluid guitar and synth eruptions; while "Look Inside America" cleverly subverts the traditional Blur song, complete with strings. And "Essex Dogs" is a six-minute slab of free verse and rattling guitar noise. Blur might be self-consciously eclectic, but Blur are at their best when they are trying to live up to their own pretensions, because of Damon Albarn's exceptional sense of songcraft and the band's knack for detailed arrangements that flesh out the songs to their fullest. There might be dark overtones to the record, but the band sounds positively joyous, not only in making noise but wreaking havoc with the expectations of its audience and critics.“ (Stephen Thomas Erlewine, AMG)
Damon Albarn, lead vocals, piano, keyboards, Hammond organ, acoustic guitar
Graham Coxon, guitars, backing vocals, vocals on "You're So Great"
Alex James, bass, lead and rhythm basses on "Song 2"
Dave Rowntree, drums, percussion
Recorded June–November 1996 at Stúdíó Grettisgat, Reykjavík Maison Rouge Studio, Fulham Studio 13, Mayfair Studios, London
Engineered by John Smith, Jason Cox
Produced by Stephen Street, Blur
Digitally remastered

Blur
as we know it was born in 1989 when the band signed to Food/EMI. Debut album Leisure (1991) announced the arrival of a band with pop suss warped by an art-punk eccentricity. Yet Blur had more in them: namely, a revolution in the sound of English popular music. Second album Modern Life Is Rubbish reintroduced the idea that English rock music could be cool, and by the time their third album Parklife emerged in 1994, the rest of the UK had caught up.
The Great Escape (1995) refined the sound palette of Britpop, but Blur were already moving on. 1997's Blur was an about-face - scuffed and noisy and un-English. Follow-up 13 was an even a more radical adventure in sound as William Orbit refereed a truce between organic punkpop and new-fangled technology.
Seventh album Think Tank (2003) was Blur’s first as a three piece after the temporary departure of founding guitarist Graham Coxon, featuring an eclectic variety of rhythms and textures and glorious melodies.
In 2009 Blur reconvened as a four-piece to play a series of UK shows including two sold out dates at Hyde Park and a historic Sunday night appearance at Glastonbury. A film about Blur, No Distance Left To Run, was released in 2010.