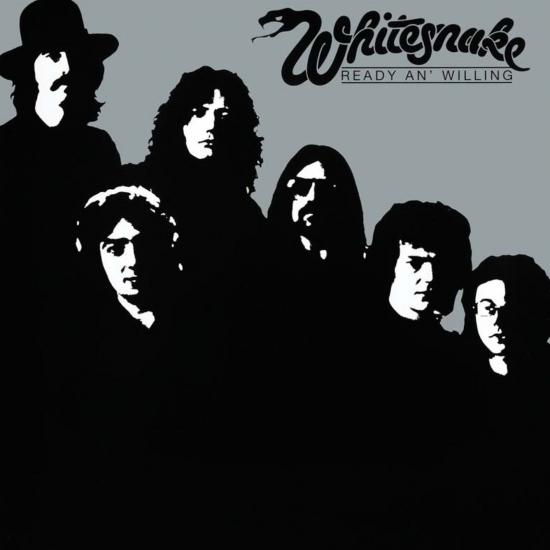 Info for Ready An' Willing

„Primo hair metal from David Coverdale-led Whitesnake, this 1980 album feature's 'She's a Woman' and 'Fool For Your Loving.' Despite benefiting from the expert assistance of legendary producer Martin Birch (Black Sabbath, Deep Purple, later Iron Maiden) Whitesnake's early studio albums all tended to sound unexplainably flat.
Their fourth effort, 1980's Ready an' Willing, was no exception, but it did make up for this somewhat with solid songwriting. In fact, David Coverdale and company were growing increasingly more consistent and self-assured with each record, and this album's first half shows great progress over the previous year's hit-and-miss Lovehunter. Opener 'Fool for Your Lovin'' was their best single yet, as well as their highest charting; with its clever combination of hit-savvy chorus and authentic bluesy resignation, it set the template for subsequent triumphs, and the fact that Coverdale re-recorded it (in disappointing pop-metal fashion) over a decade later for 1989's Slip of the Tongue is a testament to its staying power.
Further highlights include the live favorite 'Sweet Talker' (given extra bite by Micky Moody's expert slide guitar), the groove monster of a title track, and a set of memorable ballads in 'Blindman' and 'Ain't Gonna Cry No More.' The same laurels can't be awarded to the album's closing trio of songs, all of which evince the tired and formulaic blues-rock that had dominated previous releases. But this didn't stop Ready an' Willing from qualifying as Whitesnake's finest hour thus far, with ever-greater glory waiting just over the horizon.“ (Eduardo Rivadavia)
David Coverdale, vocals
Micky Moody, guitar, backing vocals
Bernie Marsden, guitar
Jon Lord, keyboard
Neil Murray, bass
Ian Paice, drums, percussion
Recorded at Ridge Farm, Central Recorders Studio and Sauna, December 1979, February 1980
Engineered by Martin Birch
Produced by Martin Birch
Digitally remastered