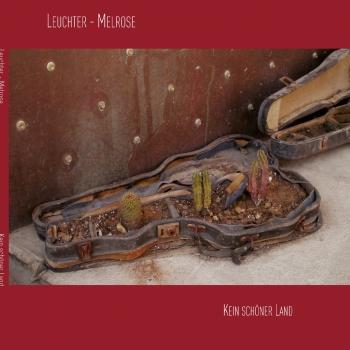 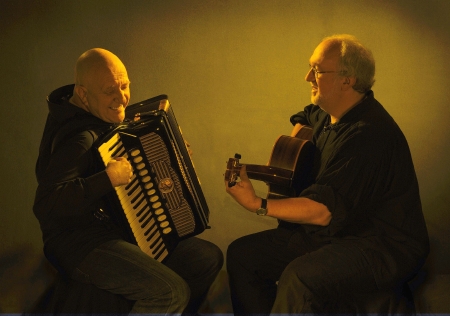 Manfred Leuchter - Accordion
is without doubt one of the most established (ethno-) jazz- and world-music accordion virtuosos in Europe. In recent years he has given euphorically-received tours all over the world with his quintet, managed hugely successful CD productions and has been part of very diverse and exciting musical projects. Not only in the purely musical sense a world-traveller, Manfred Leuchter has developed his very own musical concept between occident and orient, collecting many impressions and forming them – with tolerance and open-mindedness - into his unique world style, in which he artistically and playfully combines elements from very diverse (music-) cultures.
„ ....He is a storyteller, as sensitive as Sheherezade, as frightening as Cicero – a virtuoso, who elevates the accordion to the status of a Stradivari …..” Limburgs Dagblad (D) “Wonderful! That was the unanimous comment of the Chenaiites, who had the great fortune to hear Manfred Leuchter and his team.” The New Indian Express (India)
Ian Melrose - Gitarre, Low Whistle, Gesang
from Ayr in the Southwest of Scotland, belongs to the cream of Europe's acoustic guitarists. He is also an internationally acclaimed composer and arranger. He has been lead guitarist with Clannad (World Tour, Grammy Award winning CD "Landmarks"), and plays alsoin Kelpie, Talking Water and The Island Tapes. The Duggan brothers of Clannad hired him as producer, arranger and guitarist for their album “Rubicon”. As a solo guitarist he has played many of the worlds major festivals, including the Montreal Jazz festival (CAN) and Celtic Connections (Scotland). His solo CDs, "Wolves", "Between the Sighs", „A Scottish Legacy“ and most recently “A Shot in the Dark” (Acoustic Music Records), have gained him rave reviews in the international music press. He is official endorser for DR strings and Avalon guitars.
„ ... a top-class guitarist ... brilliant fingerpicker“ The Times (GB) „ ...one of the best Celtic-influenced fingerpickers on the scene today“ Acoustic Guitar (USA)