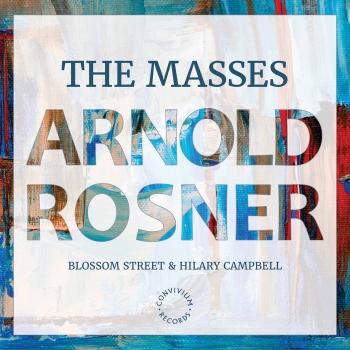 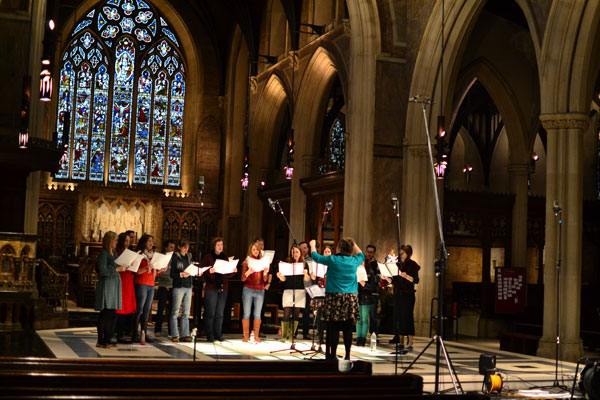 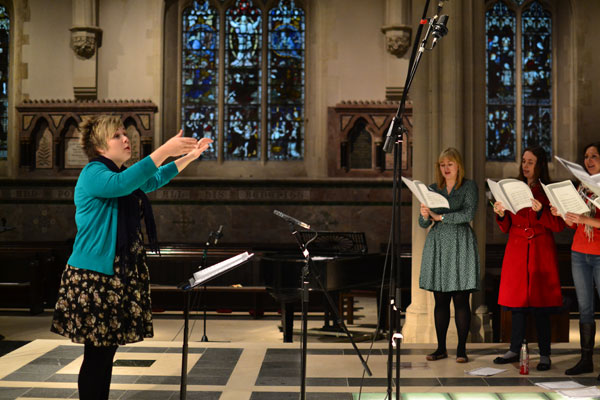 Blossom Street
is a highly versatile and vibrant chamber choir comprising some of the UK’s best young singers which performs regularly on TV and radio as well as on the concert platform and has released two critically acclaimed CDs.
Directed by Hilary Campbell, a graduate of the Royal Academy of Music, the group was formed in 2003, while the singers were undergraduates at the University of York, and relocated to London in 2007. In 2005, Blossom Street filmed a medley of Christmas carols for BBC2, which was broadcast during the snooker final, and since then has performed nationwide and beyond. They sang to Prince Charles on ITV1 as part of his 60th birthday celebrations, and in 2009 gave their debut in Queen Elizabeth Hall as part of the Voicelab series. Recent projects include performances in Sweden and Spain as well as at the Edinburgh Fringe, regular broadcasts on Radio 4, recording projects for Resonus and Guild, several education projects and corporate, concert and festival work. They were featured in an episode of The Choir on BBC Radio 3 in December 2013.
On the concert platform, the group has performed at many of the major London venues including Wigmore Hall, St John’s Smith Square and St James Piccadilly, and further afield at places like the Royal Palace, Madrid. Their Naxos CD, ‘Sleep, Holy Babe’, was released in 2011, tracks from which featured on Radio 3’s ‘The Choir’ and on Classic FM. They have performed on Radio 3’s ‘In Tune’, and their disc was announced as ‘Christmas CD of the Year 2011’ on David Mellor’s New CD Show, Classic FM. It was CD of the Week on WQED Radio (Pittsburgh, US), and received several 5* reviews. In 2013, their second disc, ‘Down by the Sea’, a compilation of a cappella choral folk songs, many of which are premiere recordings, was released by Naxos, again to critical acclaim (“At the risk of prejudicing any latecomers and with 2013 barely half gone, I declare this release to be my choral album of the year. I’d be stupefied if anything stronger comes long. Five stars” Norman Lebrecht). In 2014 they will be releasing a collection of choral works by Stuart Murray Turnbull on the Guild label, and a disc of Warlock repertoire on Resonus.
Blossom Street is available for TV and radio work, concerts, events, festivals, private functions and education projects. Depending on requirements, the group can provide between six and twenty four singers. The group also offers an arranging service; a professional composer will be happy to write a bespoke choral arrangement for your event or concert. As well as its busy performance schedule, Blossom Street also works with a number of emerging composers, workshopping and recording their new music. The group is available to hire for rehearsals and recordings.