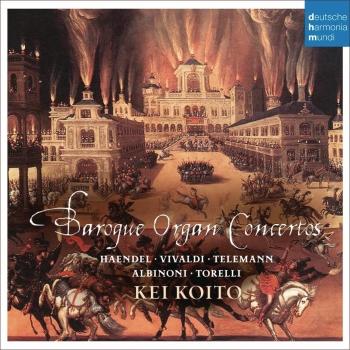 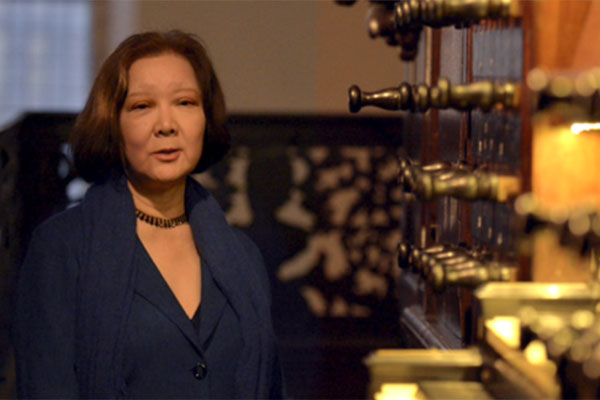 Kei Koito
has risen to the highest ranks of the world’s concert organists and is widely acclaimed as one of the most exciting performers on the Baroque organ music today.
Born into a family of artists, Kei Koito studied music from the age of six, taking lessons on the piano, cello, harpsichord and in singing. At the age of sixteen she decided to study the organ with Mitchio Akimoto in Tokyo, and subsequently continued her studies with Pierre Segond in Geneva and Xavier Darasse in Toulouse. Following this, she studied Early music in Fribourg with the organist, harpsichordist and musicologist Luigi Ferdinando Tagliavini, and Baroque music with the Baroque violinist and conductor Reinhard Goebel in Cologne. She concurrently studied philosophy and music aesthetics at the University of Fine Arts & Music in Tokyo, and studied with the composer Éric Gaudibert in Geneva composition, orchestration and music analysis from the 16th century to the present day.
After having performed organ music of every repertoire (including many world premieres), since 1985 Kei Koito has focused on baroque music, primarily on the music of J. S. Bach and his important predecessors. Her interpretative approach is both the result of her indefatigable research into historical performance practice, and based on her personal intuition and inspiration.
Kei Koito’s career as a solo concert organist has taken her across all of Europe, the USA, and to Russia and Japan. She has also collaborated with the Baroque orchestra Musica Antiqua Köln (dir. Reinhard Goebel) in Bach’s organ sinfonias (cantatas) or Handel’s organ concertos, and with the Ensemble Gilles Binchois (dir. Dominique Vellard) in music of the Italian Renaissance and Baroque or the French pre-Classical and Classical repertoire. She has performed also the organ concerto of Haydn with the Lausanne Chamber Orchestra and Poulenc’s Organ Concerto with the Orchestre de la Suisse Romande.
As a recording artist, Kei Koito has made several CDs for the Early organ repertoire, playing on extraordinary historic organs. She has won numerous prestigious prizes and awards, among others : the Diapason d’Or, Choc du Monde de la Musique/Classica, “Exceptional Event” of Télérama, “10/10” from Répertoire, “5 stars” from Le Temps and “Editor’s Choice” (Gramophone, Early Music, Musik & Theater, Toccata-Alte Musik Aktuell, Record Geijutsu, Res Musica, Choir & Organ, Orgues Nouvelles). Her recordings have also received a warm and enthusiastic welcome from the general public.
A highly sought-after pedagogue, she has been Professor of Organ at the Lausanne University of Music since 1992. From the very start, her classes included students from all over the world. Since 2012 she has been doing comparative research on the repertoire of Bach, his predecessors, precursors and contemporaries. She has received invitations to give lectures and masterclasses as a visiting professor (at the Royal Academy of Music in London, Austrian Baroque Academy in Gmunden/Salzburg, Conservatories of Rouen, Québec and Buenos Aires, University of Belgrade and some American universities) and she has also frequently served on the juries of international organ competitions (in Maastricht, Aachen, Liège, Wasquehal, St-Omer, Genève, Alkmaar, for the Grand Prix Bach de Lausanne, and at the 50th St Albans Organ Competition).
Since the Lausanne Bach Festival was founded in 1997, Kei Koito has served as its Artistic Director, and she has also been involved with the “Grand Prix Bach de Lausanne” international organ competition from the very beginning. Since 2012 she has participated in productions of Baroque operas by Monteverdi, Lully, Purcell, as well as of secular cantatas by J. S. Bach, oratorios by Handel and others at the Lausanne City Opera.
In autumn 2014, her recording “Organ Music before Bach: works by Pachelbel, Froberger, Muffat, Kerll and Fischer”, released on the Deutsche Harmonia Mundi/Sony Music label, was awarded the Diapason d’Or and received a wonderful echo from many other reviews.