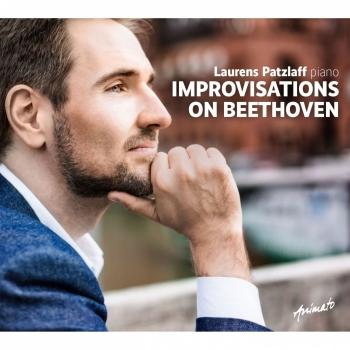 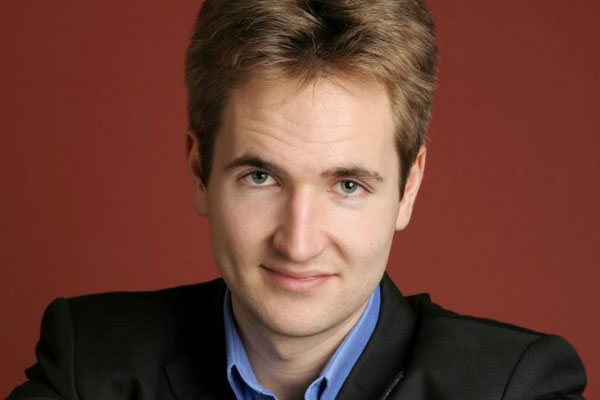 Laurens Patzlaff was born in Stuttgart, Germany in 1981. He received his first lessons on the Piano at age Eight. It wasn't long before he began giving his first concerts and taking part in various competitions; Mathaes Piano Competition, and Jugend Musiziert (Youth Plays Music), in which he won a number of first prizes.
In 1996 Laurens widened his activity on the piano to chamber music. In 1998 his piano trio received first prizes in the State and then in the Federal German competitions of Jugend Musiziert. With the same piano trio he also won several sponsoring prizes, allowing him to take master courses with the Trio Opus 8. A number of first prizes followed, in the federal Jugend Musiziert, both as piano-soloist, and accompanist.
Laurens Patzlaff began lessons with Professor Friedemann Rieger at the University for Music and Performing Arts Stuttgart, while still at school. In 2001 he began his full-time education at the University in the study of Music Teaching for Schools. He complemented this with a parallel training as concert pianist and Jazz pianist, beginning in 2003. In 2004 Laurens travelled to Madrid and studied music at the Madrid Conservatory under the direction of Professor Uta Weyand and Professor Anselmo De La Campa.
His concert activity as touring soloist and chamber musician led him to several European countries as well as to Japan, Korea, Thailand, and, regularly, the United States and Australia.
Aside from his classical repertoire Laurens is also a gifted improvist in both Jazz and Classical Music. He teaches regularly improvisation in Australia at the Sydney Conservatorium of Music and the Victorian College of the Arts in Melbourne, at the University of Music and Performing Arts in Hong Kong, and at the Central Conservatorium in Beijing. In 2005 he founded the piano duo ImproVision which connects classical music with Jazz through improvisation. Laurens Patzlaff has been teaching improvisation at the University of Music and Performing Arts Stuttgart (Germany) since 2007 and as a visiting professor at the University of Music Freiburg (Germany) from 2009 until 2011. Since October 2011, he teaches Classical piano and improvisation at the University of Music in Trossingen (Germany).