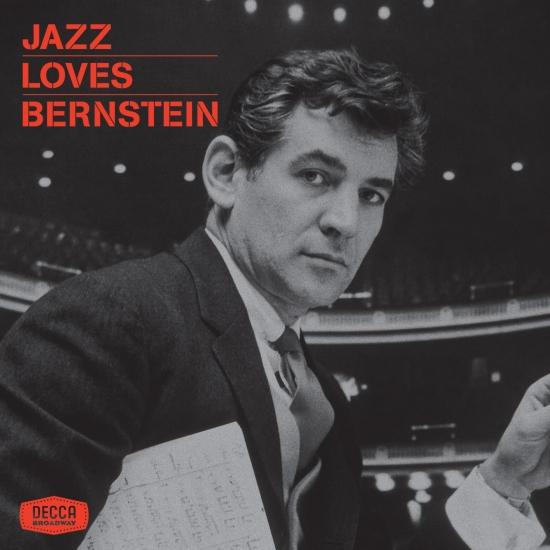 Just in time for the 100th anniversary of his birth on August 25, some of iconic conductor/composer Leonard Bernstein’s greatest works have been assembled for Jazz Loves Bernstein, released on 29 June via Verve/UMe.
The two-album collection spans the musical and emotional breadth of the Bernstein songbook, with interpretations of the maestro’s classic tunes spanning more than half a century, performed by some of the era’s finest jazz singers and musicians.
“Jazz and I are on excellent terms,” said Bernstein, one of whose earliest jobs was transcribing the instrumental improvisations of such jazz greats as Coleman Hawkins and Earl “Fatha” Hines. Jazz remained a cornerstone of Bernstein’s musical consciousness for the remainder of his career, and jazz performers would continue to record Bernstein compositions in the decades to come.
Many of those artists are represented on Jazz Loves Bernstein, which opens with Billie Holiday’s rousing 1944 rendition of ‘Big Stuff,’ from Bernstein’s early ballet Fancy Free, and closing with a haunting 1996 reading of ‘Some Other Time,’ from Bernstein’s Broadway smash On the Town, performed here by Mark Whitfield and Diana Krall. In between is a sterling selection of performances that demonstrate the ongoing appeal of Bernstein’s melodic gift.
For example, the West Side Story standard ‘Tonight’ features a warm vocal interpretation by Billy Eckstine, while the West Side Story classics ‘Maria’ and ‘I Feel Pretty’ are sung memorably by Sarah Vaughan; the anthemic ‘Cool’ gets a distinctive reading from jazz great Oliver Nelson, and the romantic ‘Somewhere’ and ‘Something’s Coming’ receive poignant readings from the Oscar Peterson Trio. From Bernstein’s early Broadway triumph On the Town comes ‘New York, New York,’ revisited by pianist Bobby Scott, and the pensive ‘Lonely Town,’ sung by master vocalist Mel Tormé. Jazz Loves Bernstein also features timeless performances by such jazz legends as Carmen McRae, Bill Charlap, Bill Evans, Maynard Ferguson and Bob James.
In his exhaustive liner notes for Jazz Loves Bernstein, producer Didier C. Deutsch writes, “Next to the great George Gershwin, no other American composer can claim to have worked in as many musical genres with the exception of Leonard Bernstein. A musical genius who enlightened our lives over a brief few decades, Bernstein seemed equally at ease in classical works, the theater, jazz, and, in at least one instance, the movies, always different, always compelling.”