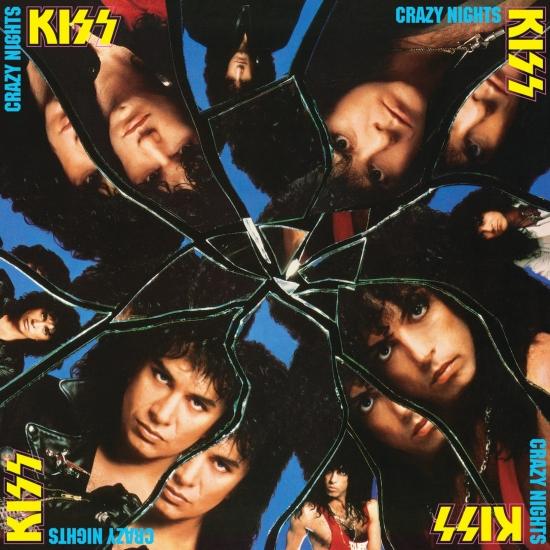 Reaching a pop apex not seen since 1980's UNMASKED, Kiss enlisted the production and engineering talents of Ron Nevison (Ozzy Osbourne, Heart) to help the band compete with the light metal faire that existed in 1987. The results are impressive, as the melodic crunch of CRAZY NIGHTS holds up to the band's previous classics. 'Crazy Crazy Nights' is an anthemic single that reached U.K. #4 and was their biggest single there. 'Reason To Live' is one of Kiss' more tender ballads featuring standout vocals by Paul Stanley. Using prolific songwriters such as Diane Warren ('Turn On The Night') and Desmond Child ('Bang Bang You', 'Reason To Live') to help achieve their goal, Kiss delivers accessible, chart friendly tunes that you can rock to. The record is melodic, with keyboards throughout. CRAZY NIGHTS is proof that Kiss could stay current with the competitive music scene as well as staying true to themselves. There are rockers and ballads that comprise a well crafted album by a legendary band.
Paul Stanley, vocals, guitar
Bruce Kulick, guitar
Gene Simmons, bass
Eric Carr, drums
Additional musicians:
Phillip Ashley, keyboards
Tom Kelly, background vocals
Produced and engineered by Ron Nevison
Digitally remastered