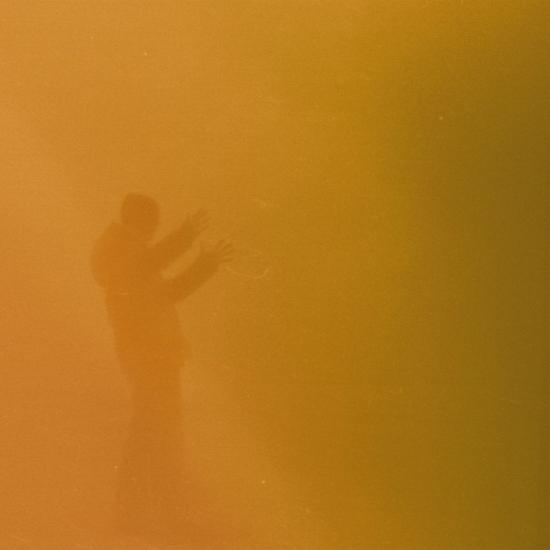 After releasing Nils Frahm's two-track solo synthesiser EP 'Juno' in a highly sought after 7" edition, Erased Tapes now re-release the original Juno tracks with guest reworks by Border Community's modular synth wizard Luke Abbott and Warp veteran Clark. Both known for their like-minded use of analogue synthesisers in their music, it makes them the perfect artists to rework the originals. Similar to Frahm's online project 'Screws Reworked', where he invited fans to download his solo piano songs to reinterpret them with their own medium of choice, it's far from being the typical remix EP.
Aptly titled 'Juno Reworked', it will be released worldwide in the form of a limited 12" Vinyl and Download. 'Peter Broderick loved the sound of this synthesiser so much, he asked me to record some solo sketches with it. This is what I came up with. I didn't use any overdubs or punch-ins. See it as a synthesiser solo performance.'
Nils Frahm The cover photograph was taken by Peter Broderick and is a result of an unexpected double exposure between his image and the one taken by the camera's previous owner. Dedicated to his dear friend, the Juno tracks carry the titles 'For' and 'Peter' and were recorded and mixed by Nils Frahm in his Durton Studio in Berlin. ABOUT THE ARTIST: Berlin-based pianist Nils Frahm has also a steady reputation in the electronic world although he is mostly known as a modern classical pianist. Extending his solo piano set with a Juno synthesiser, Rhodes and tape delay, has seen Frahm bring his unique blend of acoustic and electronic sounds to Boiler Room, Decibel, Mutek and Primavera Sound Festival. After his first solo piano works Wintermusik and The Bells, Frahm released Felt to much critical acclaim in 2011. The album was followed by the solo synthesiser EP Juno and Screws - a birthday gift to his fans he recorded while recovering from a thumb injury.
„Early Aphex Twin-style ambient liquidity“ (Record Collector)
„If MUTEK gave out a Most Valuable Player award for 2013, it very likely would have gone to Frahm“ (XLR8R)
„Leaving the crowd breathless with exhilaration“ (9/10) MUTEK Boiler Room Live Review – Exclaim!