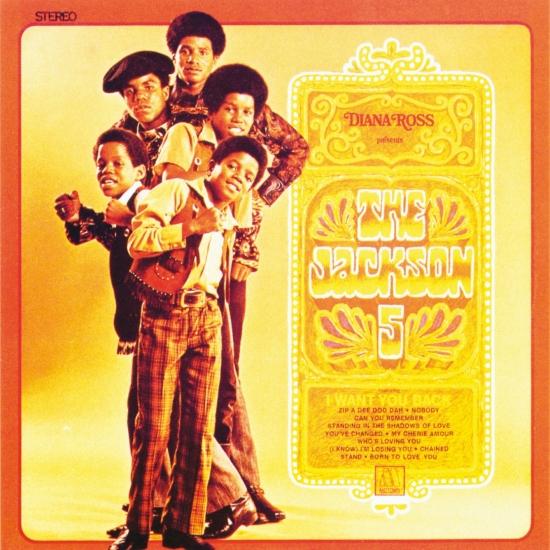 The fantastic first record from the Jackson 5 – and very much the stuff of legend all the way through! The tracks feature a number of tunes sung previously by other artists – but the quintet are already at a level that really transforms the material – not just through their unified sense of soulful harmonies, but especially from the breakout leads – which have a fresh, vibrant style that's really unlike any soul group that ever came before – especially when the young Michael steps forth, and shows us he's one hell of a charmer! Production is from Bobby Taylor and The Corporation – and the former definitely brings in some of the deeper, headier tones you'd hear in his music – one more aspect that really keeps the record from being just a kiddie soul novelty – and which instead makes it a truly lasting Motown gem! Titles include the always-wonderful 'I Want You Back', one of those tunes that we've heard a million times, but still love to death – plus the tracks 'Nobody', 'Chained', 'Born To Love You', 'Stand', 'My Cherie Amour', and 'Standing In The Shadows of Love'. Hell, even their version of 'Zip A Dee Doo Dah' is pretty darn great!
„Less than two weeks before the 1960s were left to be deciphered in the history books, Motown unleashed Diana Ross Presents the Jackson 5 (1969) and in doing so fittingly marked the beginning of a new era in crossover pop and soul. For all intents and purposes, this dozen-song disc introduced the world to the sibling talents of Jackie, Tito, Jermaine, Marlon, and most significantly of all, a prepubescent powerhouse named Michael Jackson. The brothers' inextricably tight vocal harmonies were fueled by the ebullience of youth and inexperience while the flames of their collective success were stoked with the funkified vibe of urban America. Immediately evident is the influence that Sly & the Family Stone (whose 'Stand!' is an unmitigated zenith in the Jackson 5's care), James Brown, and even Funkadelic had on the J5. In fact, the quintet would actually cover George Clinton's 'I Bet You' on their sophomore effort, ABC (1970). The burgeoning sounds coming out of Philly were having a similarly sizable impact, as evidenced by the addition of the Thom Bell/William Hart track 'Can You Remember,' which is one of the album's highlights. Another discernibly affective force was found closer to home, as they also drew on the considerable Motown back catalog with 'My Cherie Amour,' 'Standing in the Shadows of Love,' and a powerful reading of '(I Know) I'm Losing You.' Under the moniker of 'the Corporation,' Motown staffers and artists including Bobby Taylor, instrumentalists Deke Richards (guitar), Freddie Perren (keyboard) , and Fonce Mizell (keyboards), and the label's co-founder, Berry Gordy, came up with a handful of dominant originals. Prominent among them are the midtempo 'Nobody' and their double-sided chart-topping single 'I Want You Back' b/w the Smokey Robinson-penned 'Who's Lovin' You.' (Lindsay Planer, AMG)
Produced by Bobby Taylor, The Corporation
Digitally remastered