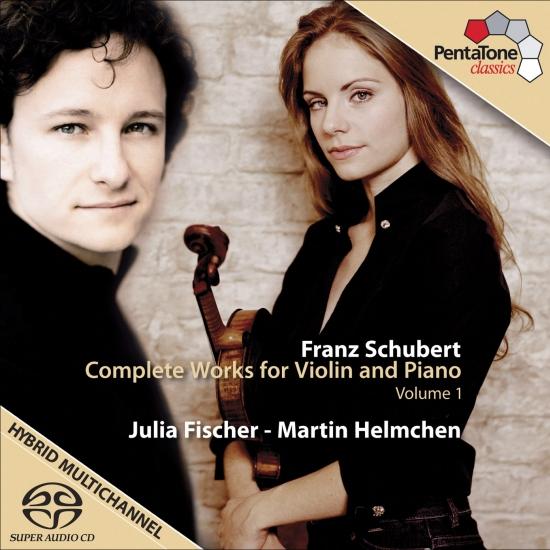 Julia Fischer is outstanding in this recording. The three sonatas featured on this album – D.384 in D, D.385 in A minor, and D.408 in G minor – date from 1816, but despite being early works they exhibit all the characteristics of the mature Schubert. The Rondo Brillant D.895 from 1826 completes the album.
Julia Fischer and Martin Helmchen adopt a rather quick tempo and a light touch, hardly too heavily pedaled in the piano part, in the opening of the first movement of Schubert’s First Sonata in D Major, a work that could lend itself, slight as it may be, to overblown Romantic rhetoric (although not in leaner and more spirited readings like that of Joseph Szigeti, who recorded the Sonata with Andor Földes in 1942, a performance re-released in Sony’s “Masterworks Portrait” series 52538 in 1992). Their kind of reading lends the work a freshness that period instrumentalists (such as Andrew Manze on Harmonia Mundi 907455, whose somewhat more nuanced reading on period instruments I urgently recommended in 31:6) might envy. The same approach yields dividends in the opening theme of the second movement. At its quicker tempo, the rapid passagework in the last movement sparkles. The contrasts in dynamics sound pointed and the dialogue between the instruments, especially bright.
The more dramatic Sonata No. 2 in A Minor could lose its impetuousness in this kind of reading, but while the first theme may not sound urgently declamatory, the second theme has gained in poignancy; the harmonic shifts in the middle section emanate from the duo’s strong exploratory sense. This reading’s storm finally bursts in the third-movement Menuetto and subsides for the first theme of the finale, only to return in full force in the middle of the movement.
The Sonata No. 3 in G Minor sounds appropriately brusque in Fischer’s and Helmchen’s reading; while they never sounds fussy, they uncover a great deal of detail, although with the trees always integrated into the forest—and they reveal the similarity between the serene trio of this Scherzo and that of the Ninth Symphony.
The Rondo in B Minor features a more overtly virtuosic violin part (all Schubert’s works for the violin, even the three sonatas included in the program, demand a sort of virtuosity on account of their extreme awkwardness). It’s clear from the bold and masterful first measures of their performance that Fischer and Helmchen have recalibrated their approach to this difference in character. They build tension almost unbearably through the Andante before discharging it in an exuberant reading of the Rondo proper. In 17:6, I suggested that an idiosyncratic performer might be best prepared to render these awkward scores “without getting tripped up in the attempt . . . with a routine technical approach,” and in fact, Gidon Kremer and Valery Afanassiev bring “drama, drive, and passion” to the Rondo (Deutsche Grammophon 000001502), as David K. Nelson remarked in 15:6. So, in fact, does the older violinist to whom Kremer has been most often compared: Szigeti (in the Sony collection mentioned above). David’s reference to Beethoven’s “Kreutzer” Sonata might apply to Szigeti’s performance as well. Not so brilliant, perhaps, like Nathan Milstein’s performance, nor as heavily laced with testosterone as Kremer’s or Szigeti’s, Fischer’s, in close partnership with the sensitive and nuanced Helmchen, nevertheless easily holds its own.
These well-recorded performances by Fischer and Helmchen (I listened to them in stereo mode), as distinctive—in their own way—as those by Andrew Manze, not only provide a pleasant hour of music-making at a very high level but offer what almost amounts to an alternative, cleaned, and restored view of Schubert’s works—one without outré mannerisms or timbres. If this weren’t enough, the volume appears to be Vol. 1 of a complete collection—with the Sonata in A Major and the Fantasy in C apparently on the way. But why wait, since this first volume deserves to be urgently recommended in itself. (Robert Maxham, FANFARE)
Julia Fischer, Violin & Piano
Martin Helmchen, Piano
Award: BBC Music Magazine Awards 2011, Chamber Finalist 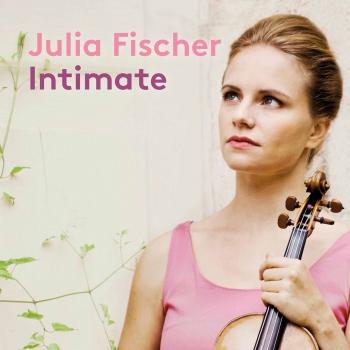 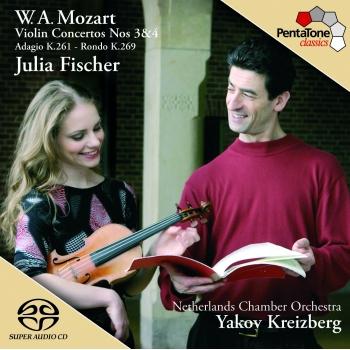 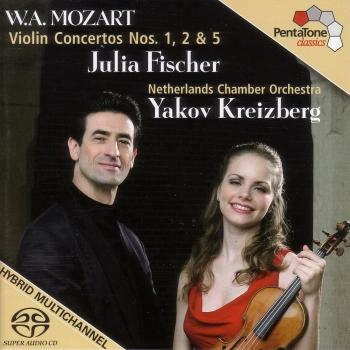 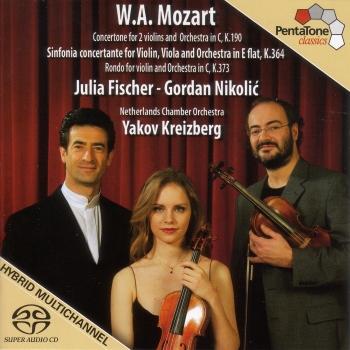 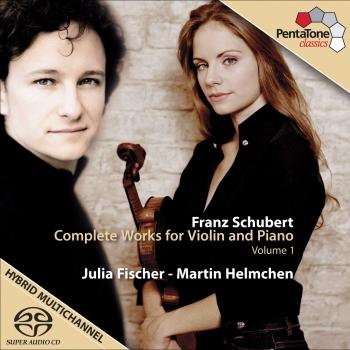 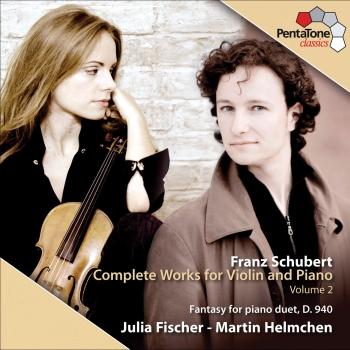 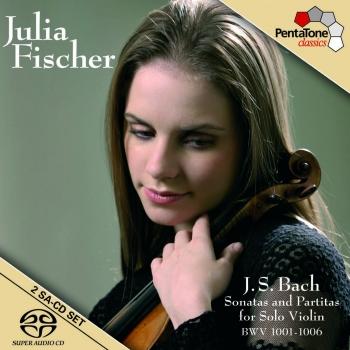