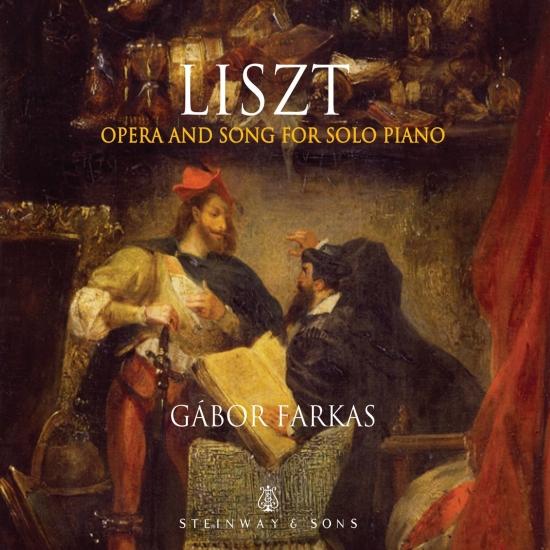 The 2015 winner of the New York Concert Artists award makes his debut on the Steinway label.
“From the word go you know you are in a safe pair of hands – not that Farkas is inclined to play it safe when it comes to tempi and the music’s more perilous passages – with a warm, velvety sound throughout his wide dynamic range, and an innate grasp of Liszt’s idiom.” (Gramophone)
"Liszt’s technical challenges are met and surpassed in an impressive debut. It is a pleasant task to welcome a new name on the block with a debut recording as impressive as any I have heard in the past few years... A name to watch” (Jeremy Nicholas, Gramophone)
“There’s a place for Farkas in today’s competitive field, particularly given all the attention lately given to performers such as Lang Lang and Yundi Li.” (Raymond Tuttle, Fanfare Magazine)
Gábor Farkas, piano 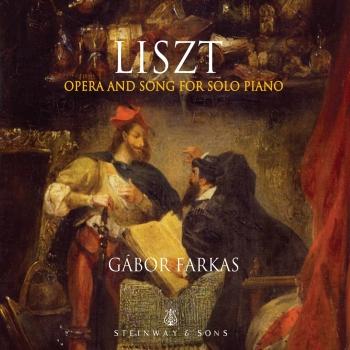 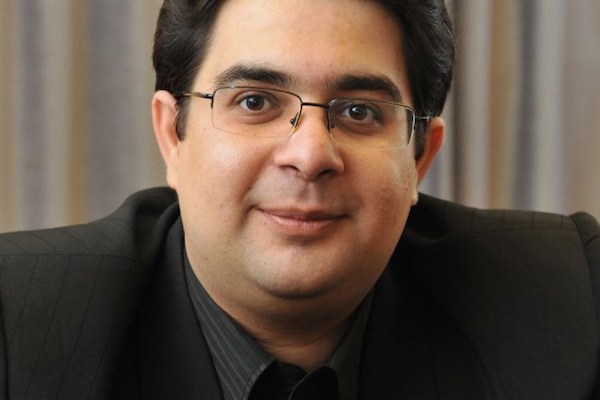 Gábor Farkas
(b. 1981) began his music studies in the age of five and holds an MA and DLA degree in piano performance and teaching from Liszt Ferenc Academy of Music, Budapest. He was also student of Prof. William Grant Naboré at the International Piano Academy Lake Como, in Italy.
His special talent is appreciated internationally: In 2015 he was the winner of the Worldwide Audition of the New York Concert Artist&Associates. With this prize he has the opportunity to make a debut in the Carnegie Hall in New York City in 2016 march. In 2013 he was nominated to the German Piano Award in Frankfurt.
In 2009, he won the “6. International Liszt Piano Competition in Weimar” and the “Audience’s Prize” and an award for best performance of Haydn Sonata, in 2003 he received the first prize of the “Hungarian National Radio’s Piano Competition”, in 2001 he received 3.rd prize on the International Liszt Piano Competition in Budapest, and in 2000 he was the winner of the “Bartók Béla Piano prize” in Baden bei Wien. In May 2009 he received the “Gundel Art Prize”, in November 2008 he was given the „Prima Junior” prize; and in March 2008 he was awarded a special state prize “The best young artist of the year”. On the 15th March 2012 he got the Franz Liszt Award the highest Hungarian State Award for artists.
His uplifting performance has enchanted the audience throughout Europe and the world: along the past years he performed in the concert halls of Hungary, Vienna, Berlin, Madrid, Rome, Venice, Paris, London, Helsinki, Calgary, Tokyo, Seoul, Beijing, Shanghai, Weimar and Bayreuth.
He gave many solo recitals of the International Liszt Night Tour in Europe, in the Baltic Countries and in China in 2011 in the famous concert halls of Beijing (NCPA Concert Hall), Shanghai (Oriental Arts Center), Nanjing, Hangzhou, Guangzhou, Shenzhen. He was invited to prestigious international festivals, such as the “Budapest Spring Festival”, the “International Piano Forum”, Berlin, Schumann Festival, Zwickau, Pélerinages Festival in Weimar, Les Haudéres Festival in Switzerland, Bach Festival in Weimar, Germany, Dorset Music Festival, England and the “Ferenc Liszt Festival” in the Castle of Gödöllő, Hungary, Musicathlon in Beijing.
In January 2011, he was the soloist of the Official Opening Concert of the Liszt Year 2011, maestro Zoltán Kocsis conducting the National Philharmonic Orchestra at the Palace of Arts, Budapest and he was also the soloist of the Closing Concert of the Chopin Year, in 2010 with the Sinfonia Varsovia in Budapest.. So far, he has worked with such world-wide known conductors as Ádám Fischer , Tamás Vásáry, Olli Mustonen, Philippe Bender, Olaf Henzold and George Tchitchinadze with the famous orchestras like Weimar Staatskapelle, Erfurt Philharmonic Orchestra, Hungarian National Philharmonic Orchestra, and many other leading orchestras in the world.
Gábor Farkas has attended the master courses of professors Dmitry Bashkirov, Malcolm Bilson, Fou T'song, Arie Vardi, Ferenc Rados, Péter Frankl, Rolf Dieter Arens, Maurizio Moretti, Jan Wijn, Brigitte Engerer and William Grant Naboré.
His debut CD recording entitled „An evening with Liszt” was published by Warner Classics in November 2008, which won the prestigious “Grand Prix” as the best Liszt recording of the year 2009 given by the Franz Liszt International Society. His second album was a live recording of the Official Opening Concert of the Liszt Year, 2011 with Zoltán Kocsis and the Hungarian National Philharmonic Orchestra, published also by Warner Classics July 2011. Beside of the mentioned labels, Gábor Farkas made also recordings for the Hungaroton , Brilliant Classics labels and he will make his new solo album for the Steinway & Sons record label.