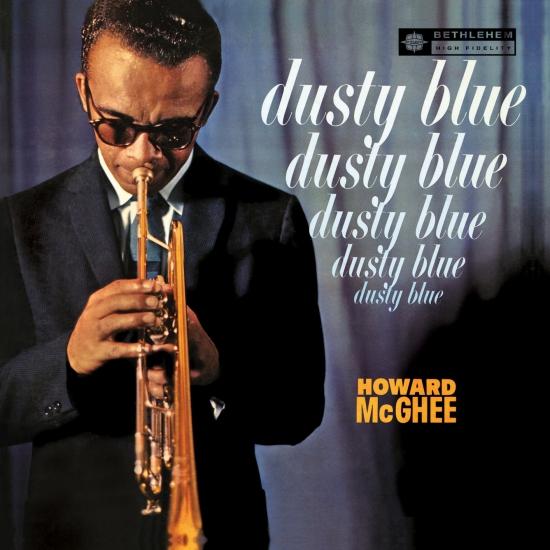 One of the best of the early 60s comeback albums by the legendary bop trumpeter Howard McGhee – and a record that really has the player finding a whole new groove in his music! At this point, Maggie's got a fantastic tone that was missing from his earlier records, filled with pain and raw emotion – but also measured with a maturity that gives his solos an incredible sense of economy that delivers a whole hell of a lot with just a few simple notes – a balance that comes through beautifully here, maybe even more so than on any other record by Howard from the time! He's playing here in a great group that includes Roland Alexander on tenor, Bennie Green on trombone, Tommy Flanagan on piano, and Pepper Adams on baritone – and tracks include 'Dusty Blue', 'Groovin High', 'Cottage For Sale', 'Flyin Colors', and 'With Malice Towards None'.
Howard McGhee, trumpet
Roland Alexander, tenor saxophone, flute
Pepper Adams, baritone saxophone
Bennie Green, trombone
Tommy Flanagan, piano
Ron Carter, bass
Walter Bolden, drums
Digitally remastered 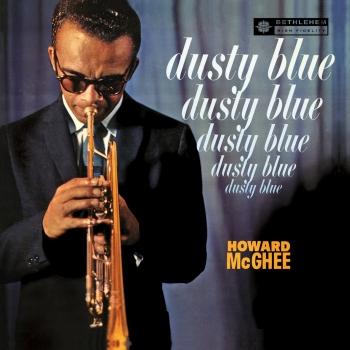 Howard McGhee
was raised in Detroit, Michigan. During his career, he played in bands led by Lionel Hampton, Andy Kirk, Count Basie and Charlie Barnet. He was in a club listening to the radio when he first heard Parker and was one of the early adopters of the new style, a fact that was disapproved by older musicians like Kid Ory.
Thelonious Monk and Howard McGhee, Minton's Playhouse, ca. September 1947 In 1946-47, some record sessions for the new label Dial were organized at Hollywood with Charlie Parker and the Howard McGhee combo. The first was held on July 29, 1946. The musicians were Charlie Parker (as), Howard McGhee (tp), Jimmy Bunn (p), Bob Kesterson (b), Roy Porter (d), and William "Bill" Jones (v). The titles played were "Max is Making Wax", "Lover Man", "The Gypsy" and "Be-bop".
However, Charlie Parker was sick and fainted at the end of "Be-bop". Some hours after this session, Parker was admitted to Camarillo, a psychiatric clinic at the north of LA, where he spent six months. After this, Charlie Parker returned to music making and a new recording session was organized on February 26, 1947, also for the Dial label. Howard McGhee continued to work as a sideman for Charlie Parker. He played on titles like "Relaxin at Camarillo", "Cheers", "Carvin the Bird" and "Stupendous". The last three of these tracks were composed by Howard McGhee. McGhee played live with Parker in a club at LA in March of the same year. His stay in California was cut short because of racial prejudice, particularly vicious towards McGhee as half of a mixed race couple.
Drug problems sidelined McGhee for much of the 1950s, but he resurfaced in the 1960s, appearing in many George Wein productions. His career sputtered again in the mid-'60s and he did not record again until 1976. He led one of three big jazz bands trying to succeed in New York in the late 60's, perhaps one more than New York could accommodate at the time. While the band did not survive, a recording was released in the mid '70's.
He taught music through the 1970s, both in classrooms and at his apartment in midtown Manhattan and instructed musicians like Charlie Rouse in music theory. He was as much an accomplished composer/arranger as he was a performer. (Source: wikipedia.org)