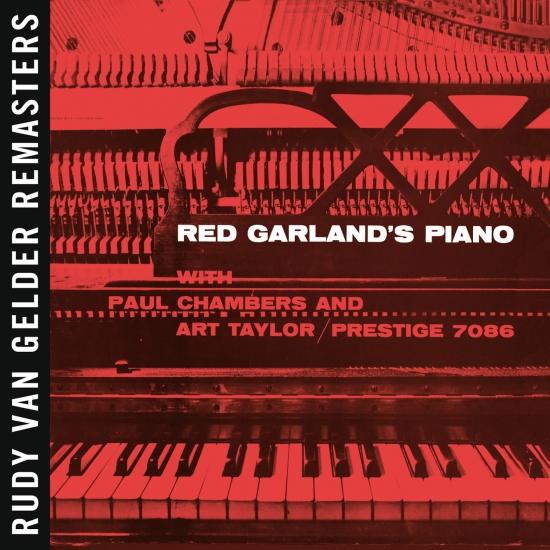 From the mid-1950s to the early ’60s, Red Garland’s piano was one of jazz’s most prevalent, and recognizable, sounds. When Garland (1923-1984) recorded this, his second album for Prestige, he was riding high as a member of Miles Davis’s first “great quintet.” But Red’s own LPs also generated a strong following. Loyal and casual fans alike were attracted to his bell-like block chords, left-hand punctuations suggesting a boxer peppering a speed bag, and urbane-bluesy feeling on ballads. Garland also had a “head for tunes,” and this set, comprised entirely of standards, plus an extended reading of Percy Mayfield’s r&b classic “Please Send Me Someone to Love,” repeatedly displays just how much he loved playing them. As he often was on his Prestige sessions, Garland is accompanied by top-flight bassist (and Miles Davis bandmate) Paul Chambers and drummer Arthur Taylor, whose brushstrokes are sheer artistry.
„Red Garland's third session as a leader finds the distinctive pianist investigating eight standards (including 'Please Send Me Someone to Love,' 'Stompin' at the Savoy,' 'If I Were a Bell,' and 'Almost Like Being in Love') with his distinctive chord voicings, melodic but creative ideas, and solid sense of swing. Joined by bassist Paul Chambers and drummer Art Taylor, Garland plays up to his usual consistent level, making this an easily recommended disc for straight-ahead fans.“ (Scott Yanow)
Red Garland, piano
Paul Chambers, bass
Art Taylor, drums
Recorded by Rudy Van Gelder at Van Gelder Studio, Hackensack, NJ; March 22,1957 (#5 and 6 December 14, 1956)
Engineered by Rudy Van Gelder
Produced by Bob Porter
Digitally remastered by Rudy Van Gelder