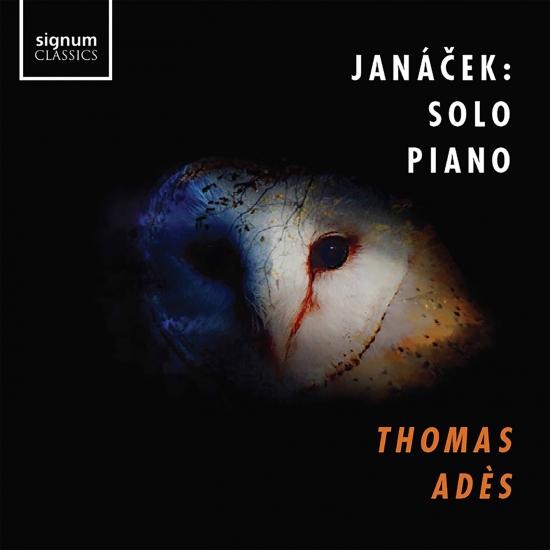 Nearly all of the music for solo piano written by Leoš Janáček (1854–1928) dates from before the First World War and thus belongs to the period before the composer’s remarkable late creative surge, which was triggered by the hugely successful 1916 production in Prague of his third opera, Jenůfa (1894–1903; rev. 1907–8), and facilitated by his retirement from his teaching position at the Brno Organ School. Nevertheless, all three of Janáček’s major solo piano works – On an Overgrown Path (1900–1911), From the Street 1 October 1905 (1905-6) and In the Mists (1912–13) – contain music that is both profoundly individual and also integral to the now widespread view of the composer as one the most original musical voices of early twentieth- century music.
Thomas Adès was born in London in 1971. He studied the piano with Paul Berkowitz at the Guildhall School, winning the Lutine Prize for piano, before continuing his studies at King’s and St John’s Colleges, Cambridge. Dr Adès has given solo piano recitals at Carnegie Hall, New York and the Wigmore Hall and the Barbican in London, and appeared as a soloist with the New York Philharmonic. He has performed Schubert’s Winterreise extensively throughout Europe with Ian Bostridge and in 2018 recorded it at the Wigmore Hall. In 2018, following a recital of Janacek’s music at the Reduta Theatre in Brno, Janacek’s home town, he was awarded the Leoš Janáček prize.
Thomas Adès, piano 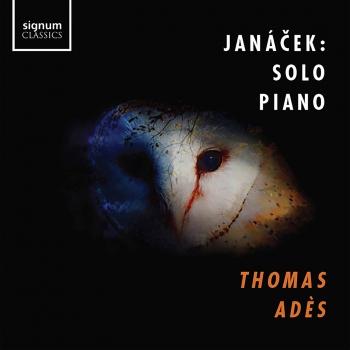 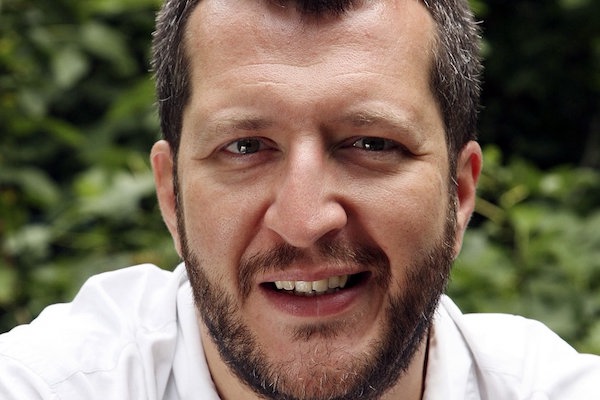 Thomas Adès
was born in London in 1971. His compositions include two operas, Powder Her Face (Cheltenham Festival/Almeida Theatre, London, 1995), and The Tempest (Royal Opera, Covent Garden, 2004). Other orchestral works include Asyla (CBSO, 1997), Tevot (Berlin Philharmonic and Carnegie Hall, 2007), Polaris (New World Symphony, Miami 2011), Violin Concerto Concentric Paths (Berliner Festspiele and London Proms, 2005), In Seven Days (Piano concerto with moving image - LA Philharmonic and RFH London 2008), and Totentanz for mezzo-soprano, baritone and orchestra (London Proms, 2013).
Chamber works include the string quartets Arcadiana (1993) and The Four Quarters (2011), Piano Quintet (2001), and Lieux retrouvés for cello and piano (2010). Solo piano works include Darknesse Visible (1992), Traced Overhead (1996), and Three Mazurkas (2010). Choral works include The Fayrfax Carol (King's College, Cambridge 1997), America: a Prophecy (New York Philharmonic, 1999) and January Writ (Temple Church, London 2000).
From 1999 to 2008 he was Artistic Director of the Aldeburgh Festival. As a conductor he appears regularly with, among others, the Los Angeles Philharmonic, Boston Symphony, London Symphony Orchestra, the Royal Concertgebouw, Melbourne and Sydney Symphonies, BBC Symphony, and City of Birmingham Symphony Orchestra. As an opera conductor he has conducted The Rake's Progress at the Royal Opera, London and the Zürich Opera, and last Autumn made his debut at the Metropolitan Opera New York conducting The Tempest. He will conduct this production of The Tempest at the Vienna Staatsoper in 2015 with the Vienna Philharmonic.
Future plans include Totentanz with the Boston and Chicago Symphonies and the Los Angeles and New York Philharmonics. Recent piano engagements include solo recitals at Carnegie Hall (Stern Auditorium), New York and the Barbican in London, and concerto appearances with the New York Philharmonic.
Prizes include: Grawemeyer Award for Asyla (1999); Royal Philharmonic Society large-scale composition awards for Asyla, The Tempest and Tevot; Ernst von Siemens Composers' prize for Arcadiana; British Composer Award for The Four Quarters; and Best Opera Grammy and Diapason d'or de l'année (Paris) for The Tempest. He coaches Piano and Chamber Music annually at the International Musicians Seminar, Prussia Cove.