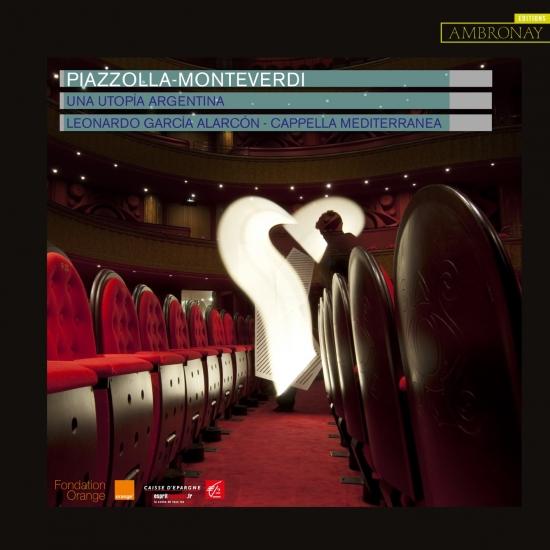 The madrigal and the tango, sister musics that conjure up nostalgia, sorrow, ecstasy... To bring together Monteverdi and Piazzolla is the bold project of the unique artists of Cappella Mediterranea. With their shared talent for improvisation, they carry us off us to the dreamlands of another world.
This innovative program pairing the seemingly antithetical compositions of Claudio Monteverdi and Astor Piazzolla was first featured at the Ambronay Festival in 2009 and was greeted with nearly universal acclaim. The brainchild of Argentine conductor Leonardo Garcia Alarcon and his ensemble Cappella Mediterranea, this unusual collection highlights the surprising connections and musical synergies present in works that are separated by centuries of time and thousands of miles. Under the baton of Alarcon, the madrigal and the tango are revealed as be musical sisters, both conjuring up powerful emotions - from nostalgia to sorrow to ecstasy - and rich in improvisational freedom. 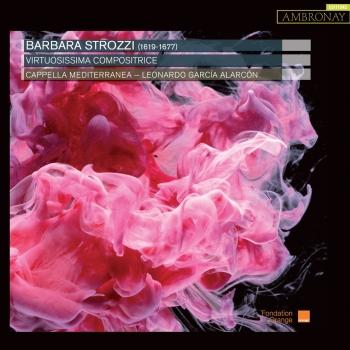 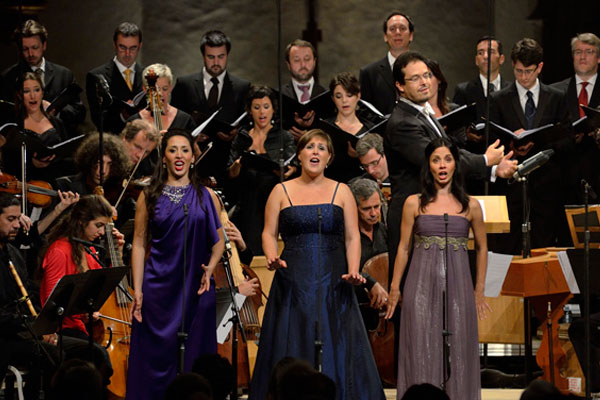 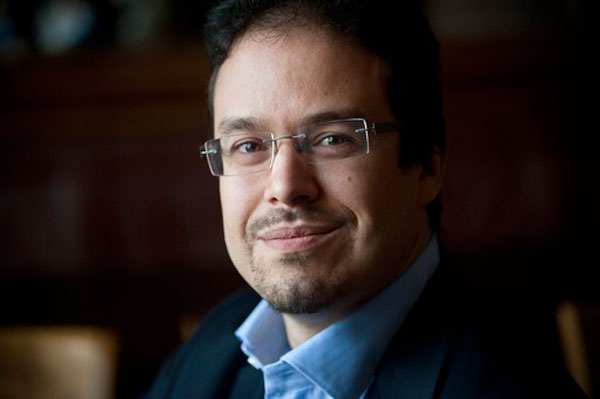 Cappella Mediterranea
The ensemble Cappella Mediterranea was founded in 2005 by the Argentinian conductor Leonardo García Alarcón. As its name indicates, the ensemble originally arose from a passion for the music of the Mediterranean basin, and aimed to propose a different approach to Baroque music of the Latin tradition.
Ten years later, the repertory of Cappella Mediterranea has grown more diversified. With more than forty-five concerts each year, the ensemble explores the madrigal, the polyphonic motet and opera, a mixture of genres that has moulded a unique style characterised by an exceptionally close rapport between the conductor and his musicians. The enthusiastic encounters of Cappella Mediterranea with a number of previously forgotten works, its original reinterpretations of the repertory, its concerts combining theatre and dance, and its recordings hav e all attracted great public and critical attention. Cappella Mediterranea is invited to give concerts in numerous prestigious festivals and venues, including the Théâtre du Châtelet in Paris, the Château de Versailles, the Vienna Konzerthaus, the Amsterdam Concertgebouw, Carnegie Hall in New York and the Teatro Colón in Buenos Aires, to name only a few. In the field of opera, Cappella Mediterranea enjoyed its first success in 2013 with Cavalli ’s Elena at the Festival d’Aix-en-Provence. Since then it has received many invitations to leading opera houses, and in September 2016 the group will introduce Cavalli to the repertory of the Opéra National de Paris with Eliogabalo. Cappella Mediterranea has made some fifteen recordings,released on Ambronay Éditions, Naïve and Ricercar. All of them hav e won distinctions in the press. Strozzi virtuosissima compositrice was nominated for a Midem Classical Award, while Sogno barocco with Anne Sofie von Otter received a nomination at the 2013 Grammy Awards in Los Angeles.
The ensemble Cappella Mediterranea receives support from the Ministère de la Culture et de la Communication, DRAC Auvergne Rhône-Alpes, the Région Auvergne-Rhône-Alpes, the city of Geneva, and a private foundation in Geneva.
Leonardo García Alarcón
After studying the piano in Argentina, Leonardo García Alarcón moved to Europe in 1997 for advanced studies at the Conservatoire de Musique de Genève in the harpsichord class of Christiane Jaccottet. He was a member of Ensemble Elyma, and became Gabriel Garrido’s assistant before founding his own ensemble, Cappella Mediterranea, in 2005. From 2010 to 2013, he was in residence at the Centre Culturel de Rencontre d’Ambronay, where he is now an associate artist.
In 2010, he was appointed artistic director and principal conductor of the Choeur de Chambre de Namur. In 2015, he founded the Millenium Orchestra. He is also a professor of harpsichord conducting and Baroque vocal interpretation at the Conservatoire de Musique de Genève.
His discography—with Cappella Mediterranea, the Namur Chamber Choir, and Millenium Orchestra—has received widespread critical acclaim.
As a conductor and harpsichordist, he is invited to perform at festivals and concert halls the world over, including the opera houses of Montpellier, Lyon, Nantes, Rennes, and Lille; Teatro Colón in Buenos Aires; Concertgebouw in Amsterdam; Opéra de Monte-Carlo; Théâtre des Champs-Élysées in Paris; Wigmore Hall in London; and Teatro Massimo in Palermo. He has conducted the Gulbenkian Orchestra in Lisbon, Orchestre de Chambre de Paris, and Freiburger Barockorchester, among others.
Since its first modern performance under his direction in 2011, Falvetti’s Il diluvio universale has been heard all over Europe, with concerts scheduled in 2016 and 2017 at the Vienna Konzerthaus and venues in Versailles and Geneva.
Following the success of Cavalli’s Elena at the Festival d’Aix-en-Provence in 2013, Leonardo García Alarcón also has been invited to appear at international opera houses, including the Teatro de la Zarzuela in Madrid, Opéra national de Paris, and Dutch National Opera and Ballet in Amsterdam.
In 2017, he will conduct three of Cavalli’s operas: Giasone in Geneva, Erismena in Aix-en-Provence, and Eliogabalo in Amsterdam. He also will lead Monteverdi’s Orfeo in Europe this spring, before taking it on tour to South America next fall.