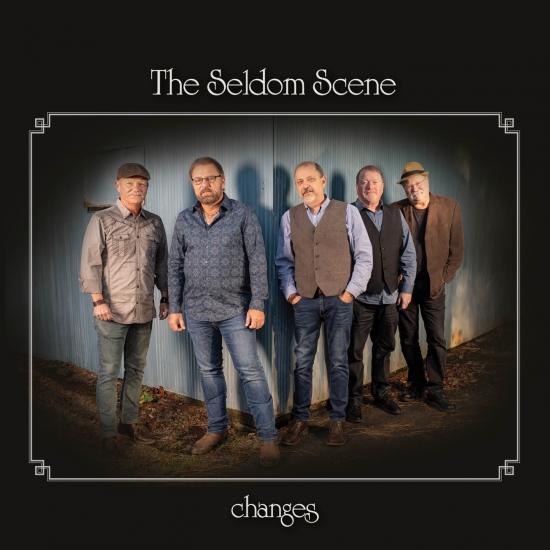 Since forming nearly 50 years ago, The Seldom Scene has brought both freewheeling joy and immaculate musicianship to their inventive take on bluegrass, offering up spirited interpretations of songs from limitless genres. On the new album Changes, The Seldom Scene more than proves itself up to task. Co-produced by the band and Rounder Records co-founder Ken Irwin, the album also spotlights The Seldom Scene’s sheer ingenuity as song arrangers, with even the most starkly composed tracks taking on wondrously intricate textures and tones.
On this album, the band sharpens their focus to a highly specific body of work: songs first recorded in the 1960s and very early ’70s, rooted in the archetypal storytelling of classic singer-songwriters. Taking on the music from iconic artists like Bob Dylan, John Prine, and Townes Van Zandt.
Opening with a brightly tumbling, banjo-driven reimagining of “Everybody’s Talkin'”-the Fred Neil-penned lament made mega-hit by Harry Nilsson in 1969-Changes both upholds that timeless quality and introduces an entirely fresh sensibility into each song.
Lifted from a soul-stirring version of Phil Ochs’s most celebrated love song, the title to Changes also reflects a major shift for the band: it’s the first Seldom Scene album that doesn’t feature a founding member, following the 2016 retirement of banjo player Ben Eldridge. “I suppose it’s a gutsy move to keep this going without a single original member left,” Connell admits. “But we’ve all been doing this for a quarter-century now, so if anybody can carry that mantle, it’s us.”
Throughout Changes, The Seldom Scene’s crystal-clear harmonies and palpable camaraderie carry the songs through countless moods, from the homesick yet hopeful anticipation of “Steel Rail Blues” (originally recorded by Gordon Lightfoot in 1966) to the lovestruck sorrow of “Darcy Farrow” (Steve Gillette, 1965) to the reflective intensity of “Bob Dylan’s Dream” (1963). On their brilliantly buoyant update of John Prine’s 1971 meditation “Good Time,” the band attains an especially striking alchemy, reshaping a heavy-hearted folk tune into something straight out of the Flatt & Scruggs repertoire.
On the album-closing “Sweet Baby James,” The Seldom Scene revisits a song previously recorded for their 1972 debut Act I (widely regarded as one of the most influential records in the history of progressive bluegrass). “That’s the only one of these songs that we’ve been doing live-people kept coming up to us at the merch table and asking if we had it on record, so it was a no-brainer,” says Connell. In breathing new life into James Taylor’s 1970 lullaby, the band made careful use of Reid’s longtime study of Taylor’s singular guitar style, giving way to a gracefully sculpted track still closely centered on the melancholy cowboy tale captured in the lyrics.
Dudley Connell, guitar
Lou Reid, mandolin, guitar
Ron Stewart, banjo, fiddle
Fred Travers, Dobro
Ronnie Simpkins, bass 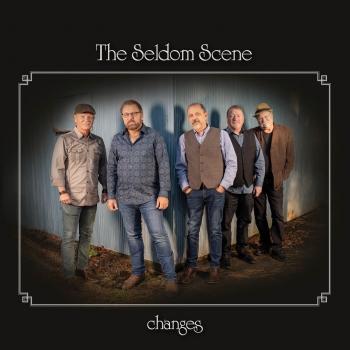 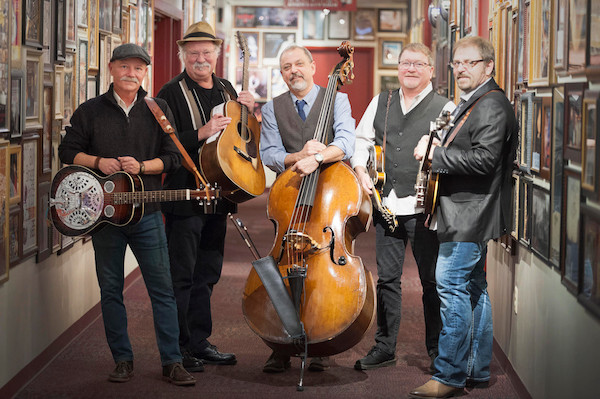 The Seldom Scene
is an American bluegrass band formed in 1971 in Bethesda, Maryland. The Scene has been instrumental in starting the progressive bluegrass movement as their shows include bluegrass versions of country music, rock, and even pop. What does it take for a bluegrass band to remain popular for more than four decades? For The Seldom Scene, it's taken not only talented musicians, a signature sound, and a solid repertoire, but also a sheer sense of fun.
The Seldom Scene’s current lineup features Connell on guitar, Reid on mandolin and finger-style guitar, Simpkins on bass, Travers on reso-guitar, and Ron Stewart on banjo and fiddle. Having just signed a deal with Rounder Records, this veteran band can look forward to success in the ever-expanding digital world of bluegrass. A new project is set to be recorded, starting early in 2018, to be the first with new member Stewart. As of now, The Seldom Scene has recorded 22 albums during its history.
Reid also enjoys Seldom Scene because it transcends the genre, in his opinion.
“I like the Seldom Scene because we are not just a bluegrass band. Instrument-wise, yes, but we don’t approach music in just a bluegrass direction. We like blues, rock, folk, country and gospel music that we pull some of our material from. I also approach the music with a similar attitude as the Scene with my own group, Lou Reid & Carolina. But I feel that I do more bluegrass-y songs with my own band.”