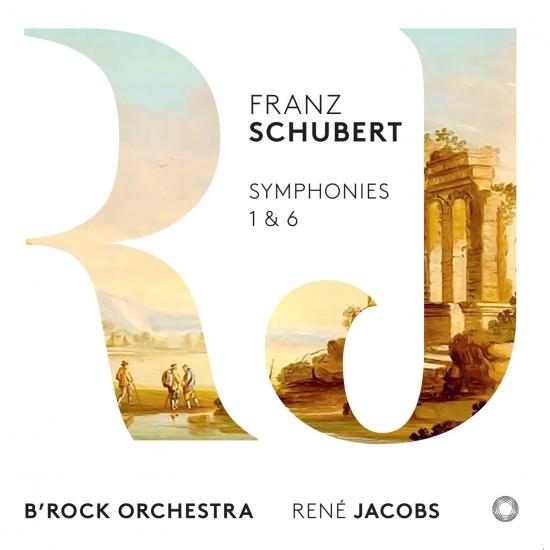 On his first album released on PENTATONE, multiple prize-winning conductor René Jacobs finally records Schubert, his first great musical love. Jacobs delivers his fresh perspective on the favourite composer of his youth together with the exceptional players of the B’Rock Orchestra, acclaimed for their inspired playing, musical curiosity and original approach to the classics.
The album contains Schubert’s First and Sixth symphonies, written when he was still a teenager. With this recording, Jacobs and the B’Rock Orchestra lift out the maturity and depth of these two early works. Whereas the First has a more classical, bubbly quality, the Sixth shows Schubert’s inclination to musical Romanticism. At the same time, these symphonies have much in common: both display humour and joie de vivre, with “carnivalesque” allusions to early nineteenth-century Italian opera, but behind the happy façade lies a deeper layer, full of melancholy and bitterness. In that respect, these works fully capture Schubert’s personal life: that of a social, lively man, plagued by the knowledge of his fatal illness. They are performed on period instruments, transparent, but full of fire.
B’Rock Orchestra
René Jacobs, conductor 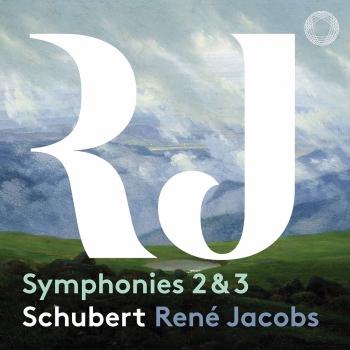 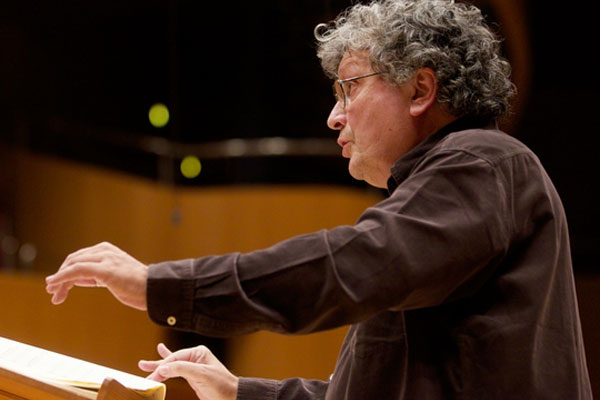 B’Rock Orchestra
was set up in Ghent in 2005 on the basis of an urge for renewal and rejuvenation in the world of Early Music. The selected international musicians specialise in historically well-founded performance practices. They distinguish themselves by their open mind and flexibility of repertoire and playing style.
In the choices it makes for its concert programmes, B’Rock combines established works of baroque composition with the lesser-known repertoire of the 17th and 18th centuries. In addition, the orchestra pursues a bold and innovative programme policy in which early and contemporary music meet and enrich each other. It focuses especially on giving first performances of new music written with its historic instruments in mind. But the orchestra also has a reputation for cross-genre productions. Early music in combination with theatre, visual art and/or video also form part of the orchestra’s DNA.
B’Rock Orchestra regularly engages prominent guest conductors and soloists such as René Jacobs, Jérémie Rhorer, Leonardo García Alarcón, Peter Dijkstra, Bejun Mehta, Alexander Melnikov, Kristian Bezuidenhout, Dmitry Sinkovsky, Sophie Karthäuser and many others. B’Rock also frequently collaborates with such leading choral ensembles such as RIAS Kammerchor, Collegium Vocale Ghent, the Nederlands Kamerkoor and Cappella Amsterdam. B’Rock has developed structural partnerships in the fields of opera and musical theatre with De Munt/La Monnaie and Muziektheater Transparant.
The orchestra gives about 45 concerts every season, both in Belgium and abroad. It is for example a regular guest at Muziekcentrum de Bijloke, Bozar, KlaraFestival, De Munt/La Monnaie, deSingel, AMUZ, Concertgebouw Bruges, MAfestival and the Festival of Flanders Mechelen. Internationally, the orchestra has already been invited to numerous major concert halls and festivals such as the Concertgebouw Amsterdam, Cité de la Musique Paris, Kölner Philharmonie, Konzerthaus Berlin, Wigmore Hall, Holland Festival, Wiener Festwochen, Festival Oude Muziek Utrecht, Operadagen Rotterdam, Rheingau Musik Festival, Bremen Musikfest, Innsbrucker Festwochen der alten Musik, Musikfestspiele Potsdam Sanssouci, Styriarte in Graz and Wratislawia Cantans. In the first part of 2016, B’Rock has two opera projects in Brussels and will give concerts in Utrecht, Hall in Tirol, Vilnius, Amsterdam (Holland Festival), Bochum (Ruhrtriennale) and Innsbruck.
René Jacobs
With more than two hundred and fifty recordings to his credit and an intensive schedule as singer, conductor, scholar, and teacher, René Jacobs has achieved an eminent position in the field of Baroque and Classical vocal music.
He received his early musical training as a choirboy at the cathedral of his native city of Ghent. Alongside his advanced studies of Classics at the University of Ghent, he continued to study singing. His encounters with Alfred Deller, the Kuijken brothers, and Gustav Leonhardt were to determine his orientation towards Baroque music and the countertenor repertory, in which he soon established his reputation. In 1977 he founded the ensemble Concerto Vocale with which he explored this repertory throughout Europe and in Japan. He then began to make a series of innovative recordings for harmonia mundi, all of which won awards from the international press.
His career as an operatic conductor began in 1983 with the production of Cesti’s L’Orontea at the Innsbruck Festival, of which he was director until 2009. His passion for Venetian opera, to which he constantly returns, has resulted in triumphs in two works by Cavalli, La Calisto (in a production by Herbert Wernicke) and Eliogabalo. His collaboration with the Berlin Staatsoper and the Théâtre de la Monnaie in Brussels has led him to conduct Telemann’s Orpheus and Der geduldige Socrates, Graun’s Cleopatra e Cesare, Gassmann’s Opera seria, Keiser’s Croesus, Mozart’s Così fan tutte, and Haydn’s Orlando Paladino. He has also conducted regularly at the Aix-en-Provence Festival (since 1998), at the Théâtre des Champs-Élysées and Salle Pleyel in Paris, and in Vienna (Theater an der Wien). Vienna and Berlin now constitute his twin bases for opera productions.
Rene Jacobs has received many distinctions from music critics in Europe and the USA, where his recording of Mozart’s Le nozze di Figaro won a Grammy Award (Best Opera 2005). Classica magazine voted him ‘Artist of the year 2009’ for his recordings of Telemann’s Brockes-Passion, Mozart’s Idomeneo, and Haydn’s Die Schöpfung. In 2010 his astonishing version of Mozart’s Die Zauberflöte was released to enthusiastic acclaim (CD des Jahres in Opernwelt, Preis der Deutschen Schallplattenkritik, Choc de l’année 2010 in Classica, BBC Music Magazine Award). His most recent releases were a new recording and a world premiere of an oratorio by Pergolesi, Septem verba a Christo in cruce followed by a St Matthew’s Passion of J.S Bach (ECHO-Preis 2014, Choc de l’année 2013 by the French magazine Classica).
René Jacobs holds an honorary doctorate from the University of Ghent.