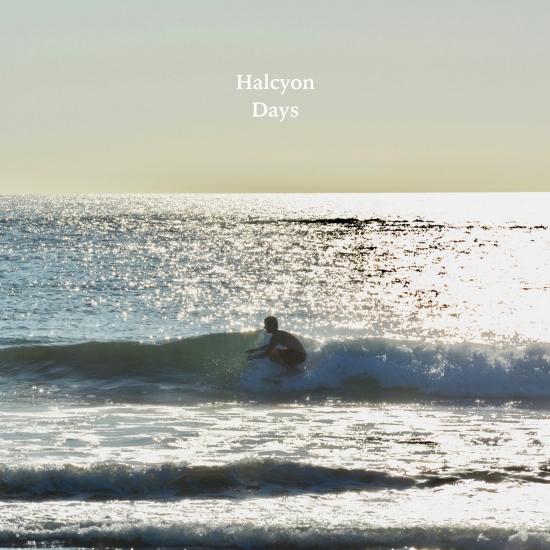 The tropical dry season is descending on Guanacaste, Costa Rica, on the northwest coast of the country. The lush tall grasses wither and turn golden. The trade winds off of Lake Nicaragua blow relentlessly over the mountain valleys, sweeping all moisture away with them over the Pacific Ocean. The winds continue their dance over water smoothed into sheets of turquoise glass. The halcyon bird makes its nest at sea. Nectar is high in the red hibiscus flowers along the walkways and in the orange blossoms of stately trees. Surfers play in the light blue shallows.
The sun’s hibernal rays of vacant fecundity stretch out over the goddess’s hips, in no hurry— these halcyon days extend into weeks, months. Time ceases to take on any meaning. Every day, the winds blow strong and cool, waves wrap around the corners of coves, and the gold grasses stay to sway in the wind. Mythic beasts come marching across the sky, the constellations, where they do battle in the night sky— harmless, a memory. It’s a time to measure one’s old wounds, to better oneself, to set new challenges for oneself. The dry season ends in May, when Taurus, that bull of heaven, comes marching across the sky, bringing storms and the beginning of the rainy season.
On Halcyon Days, Kevin Farge serves up a slice of Central Americana. Hailing from the Gulf Coast of Texas and residing in Costa Rica, Farge sounds a bit like Paul Simon or Leonard Cohen in his devotion to soft pet sounds, Moondog on the melodica, and the wide-eyed tropicália of Os Mutantes. The album is also funny. It and it’s sister album, instrumentals called Low Tide, are both available on shades of clear vinyl from Very Jazzed in limited editions of 300 copies.
Kevin Farge, vocals, acoustic guitar, melodica, piano, bass, percussion
Isabel Castellvi, cello
John Britton, trumpet
Ben Britton, saxophone
Juan Correa, electric guitar, melodica (on first half of Toreador) 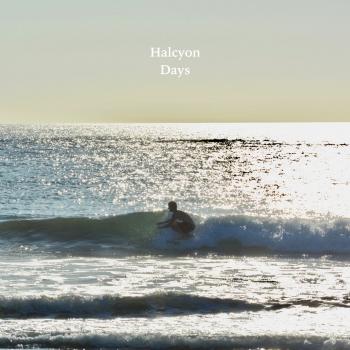 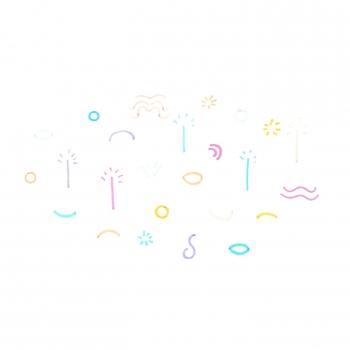 Kevin Farge
I grew up on the Gulf Coast of Texas in the United States. With my visual art, I try to create a language of graphical figures that I can juxtapose to tell stories, taking inspiration from the untrained quality and mystic symbolism of abstract art and cave art. I’m interested in the origins of language in the mind and how visual art can bypass the language-forming portions of the mind. My goal with my visual art is to create aesthetic spaces that calm the mind, make people laugh, and reach to unknown places.
I studied conservation biology in graduate school, and my love of nature and time as a science teacher inform my work. I spent a lot of time diagraming cells. I find the goings on at this level of reality to be quasi-mystical, the separation between consciousness and matter, indistinct. It’s where the rubber meet the road for life. I sometimes find myself diagraming cells again in my artwork. Some visual artists whose works have inspired me include Cy Twombly, Wassily Kandinsky, Joan Miró, Henri Matisse, Mark Rothko, the Chauvet Cave artists, and Hayao Miyazaki.
With my music, I try to share a spirit of perseverance, grit, and humor. I just like a good melody and good lyrics. I’m inspired by the music of great pop songwriters who can make you cry with just a few notes, like Brian Wilson and Randy Newman. I love the music of Donovan, Nick Drake, Georges Moustaki, Moondog, Little Wings, and Devendra Banhart.