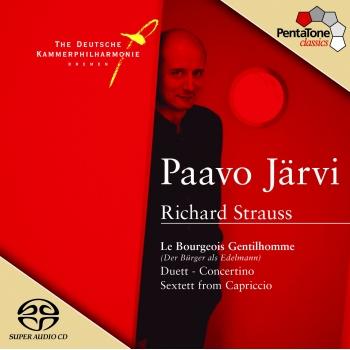 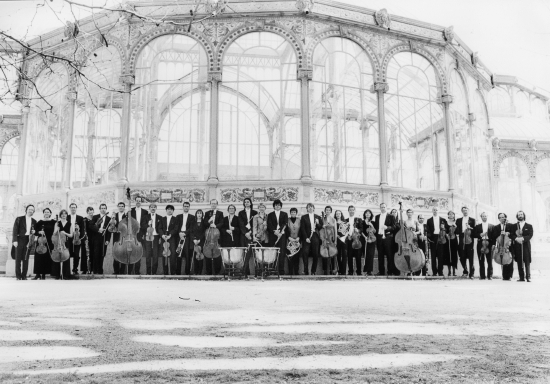 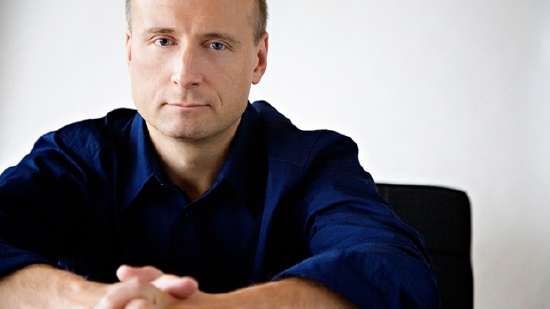 Paavo Jarvi - Conductor (b. 1962)
has already conducted tens of world-famous orchestras. He is the Music Director of the Cincinnati Symphony Orchestra (from 2001) in the USA and Frankfurt Radio Symphony Orchestra (2006) in Europe and the Artistic Leader of Deutsche Kammerphilharmonie Bremen (2004). He is the Artistic Adviser for the Estonian National Symphony Orchestra, working on it every season. In addition, Paavo is always very expected by youth orchestras.
With unconventional interpretations, approach to the music and virtuosity, he is already a match for his father and although they are different, Paavo can be distinguished as an erudite and deep musician. By now, he is an experienced conductor with a large repertoire, who has always found a way to present the best of Estonian music. So far, Paavo is the only Järvi, who has won the Grammy award. Paavo Järvi will be the Music Director of l’Orchestre de Paris from year 2010.
Die Deutsche Kammerphilharmonie Bremen
The Deutsche Kammerphilharmonie Bremen is one of the world's leading orchestras, delighting audiences throughout the world with its unique musical style. The Estonian conductor Paavo Järvi has been the orchestra's Artistic Director since 2004.
An artistic highlight for the ensemble has been the Beethoven Project, with internationally acclaimed performances and glowing reviews. In 2009 the orchestra presented the complete cycle of all nine Beethoven symphonies with Paavo Järvi in Paris, at the Salzburg Festival, and at the Beethovenfest in Bonn. Deutsche Welle's award-winning TV documentary about the Beethoven Project was televised worldwide in September 2010, and in October all nine Beethoven symphonies, recorded in Bonn, were released on DVD. That year The Deutsche Kammerphilharmonie Bremen was also recognized with the Certificate of Special Merit of the German Record Critics' Award, in particular for the Beethoven Project, and Paavo Järvi received the ECHO Classic Award as Conductor of the Year 2010 for his Beethoven interpretations with the orchestra.
Founded in 1980, The Deutsche Kammerphilharmonie Bremen initially consisted of a group of outstanding music students with a grassroots constitution, in order to motivate the individual members both personally and musically. Early acid tests, such as an appearance at the UN in 1983 and Gidon Kremer's invitation to Lockenhaus in 1984/85, laid the foundations for the orchestra's rapidly growing international reputation. In 1987 the ensemble was institutionalized as a professional chamber orchestra in Frankfurt.
Since 1992 The Deutsche Kammerphilharmonie Bremen has been based in the Free Hanseatic City of Bremen, where it has become an indispensable part of the city's musical life. Every season the orchestra presents three subscription series, special concerts, three chamber music series, and the open-air festival ›Sommer in Lesmona.‹ The ensemble has also been an essential component of the Bremen Music Festival since 1998, appearing in outstanding musical theatrical productions with such artists as Klaus Maria Brandauer.
The orchestra's former Principal Guest Conductors or Artistic Directors have included Mario Venzago, Heinrich Schiff, Ji?í Belohlávek, and Thomas Hengelbrock. Daniel Harding held the post of Music Director from 1999 to 2003.