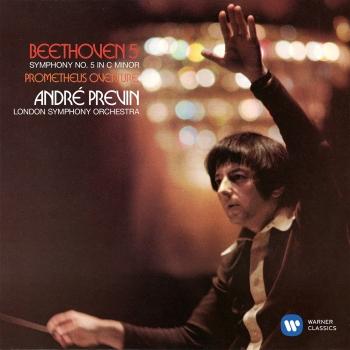 André Previn
Composer, conductor, and pianist André Previn left his native Germany in 1938 to live in Paris and subsequently to settle in Los Angeles in 1940. His early career orchestrating film scores at MGM led quickly to conducting engagements of symphonic repertoire and on to an international career as Music Director of orchestras in London, Los Angeles, Oslo, and Pittsburgh. In the 1980s, he concentrated increasingly on composition for the concert hall and opera. His own richly lyrical style underscores his love of the late Romantic and early twentieth-century masterpieces of which his interpretations as conductor are internationally renowned. Previn’s first opera, A Streetcar Named Desire, which he set to a libretto based on Tennessee Williams’ play, had its premiere at the San Francisco Opera in 1998 with Renée Fleming in the role of Blanche DuBois. It continues to enjoy numerous performances worldwide. Previn’s 1998 recording of the work with the San Francisco Opera Orchestra won the Grand Prix du Disque. Houston Grand Opera premiered Previn’s second opera, Brief Encounter, in May 2009.
Every Good Boy Deserves Favour, written for the London Symphony Orchestra in collaboration with playwright Tom Stoppard, remains popular everywhere. Music for Boston was premiered in 2012 at Tanglewood, and was commissioned to honour the festival’s 75th anniversary. Other highlights from his recent orchestral works include a Double Concerto for Violin and Violoncello written for Jaime Laredo and Sharon Robinson, premiered by the Cincinnati Symphony Orchestra in 2014, and performed since by orchestras across North America and Europe. Previn continued to expand his orchestral lyricism with Can Spring Be Far Behind? which premiered at Eastern Music Festival in July of 2016. His highly anticipated Concerto for Orchestra will be premiered during the 2020/21 season in celebration of the Kalamazoo Symphony Orchestra's centenary.
Following the creation of several violin concertos and sonatas, Previn’s long-standing collaboration with violinist Anne-Sophie Mutter continued with his Nonet for Two String Quartets and Contrabass, which premiered in 2015 as part of the Edinburgh International Festival. Previn also wrote for Vladamir Ashkenazy, Yo-Yo Ma, Renée Fleming, Janet Baker, Sylvia McNair, Lynn Harrell, and Barbara Bonney.
He received numerous awards and honors for his outstanding musical accomplishments, including both the Austrian and German Cross of Merit, and the Glenn Gould Prize. He was the recipient of Lifetime Achievement Awards from the Kennedy Center, the London Symphony Orchestra, Gramophone, and Classic FM. In 2010 he received a Grammy Lifetime Achievement Award from The Recording Academy. His recordings have received several Grammy awards, including for his own Sonata for Violin, “Vineyard” performed by Gil Shaham, and Violin Concerto “Anne-Sophie” featuring Anne-Sophie Mutter with the Boston Symphony Orchestra. In 1999, he was honoured as Musical America’s 'Musician of the Year' and was appointed KBE, an honourary knighthood, by Her Majesty Queen Elizabeth II in 1996.