Get Your Wings (Remastered) Aerosmith 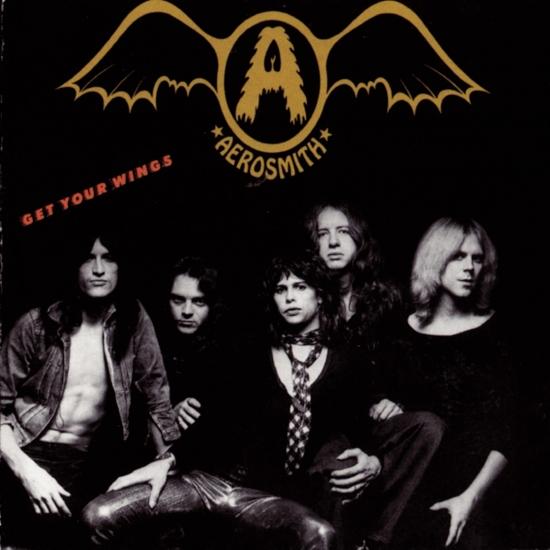 Info for Get Your Wings (Remastered)

Get Your Wings is the second studio album by American rock band Aerosmith, released March 15, 1974. The album is the first to feature production from Jack Douglas, who produced the band's next four albums. Three singles were released from the album, but none of them made the pop charts.
"Often overshadowed by the subsequent twin highlights of Toys in the Attic and Rocks, Aerosmith's 1974 second album, Get Your Wings, is where Aerosmith became Aerosmith -- it's where they teamed up with producer Jack Douglas, it's where they shed much of their influences and developed their own trademark sound, it's where they turned into songwriters, it's where Steven Tyler unveiled his signature obsessions with sex and sleaze. Chief among these attributes may be Douglas, who either helped the band ease into the studio or captured their sound in a way their debut never did. This is a leaner, harder album, bathed in grease and layered in grit, but it's not just down to Douglas. The band itself sounds more distinctive. There are blues in Joe Perry and Joey Kramer's interplay, but this leapfrogs over blues-rock; it turns into slippery hard rock. To be sure, it's still easy to hear the Stones here, but they never really sound Stonesy; there's almost more of the Yardbirds to the way the group works the riffs, particularly evident on the cover of the early 'Birds classic "The Train Kept a Rollin'." But if the Yardbirds were tight and nervy, Aerosmith is blown out and loose, the sound of excess incarnate -- that is, in every way but the writing itself, which is confident and strong, fueled by Tyler's gonzo sex drive. He is the "Lord of the Thighs," playing that "Same Old Song and Dance," but he also slows down enough for the eerie "Seasons of Wither," a powerful slow-churning ballad whose mastery of atmosphere is a good indication of how far the band has grown. They never attempted anything quite so creepy on their debut, but it isn't just that Aerosmith is trying newer things on Get Your Wings, it's that they're doing their bloozy bluster better and bolder, which is what turns this sophomore effort into their first classic." (Stephen Thomas Erlewine, AMG)
Steven Tyler, vocals, guitars, harmonica
Joe Perry, guitars, backing vocals
Brad Whitford, guitars
Tom Hamilton, bass
Joey Kramer, drums, percussion, backing vocals
Additional musician:
Steve Hunter, lead guitar on "Train Kept a Rollin'" (opening half)
Dick Wagner, lead guitar on "Train Kept a Rollin'" (live half) and "Same Old Song and Dance"
Michael Brecker, tenor saxophone on "Same Old Song and Dance" and "Pandora's Box"
Randy Brecker, trumpet on "Same Old Song and Dance"
Stan Bronstein, baritone saxophone on "Same Old Song and Dance" and "Pandora's Box"
Jon Pearson, trombone on "Same Old Song and Dance" Ray Colcord, keyboards on "Spaced"
Recorded December 17, 1973 – January 14, 1974 at The Record Plant, New York City
Produced by Jack Douglas, Ray Colcord, Bob Ezrin
Digitally remastered