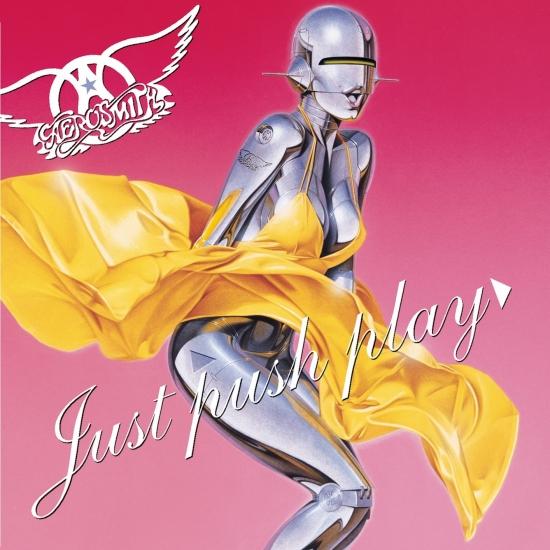 „Give Aerosmith credit for not only realizing something was wrong after Nine Lives relatively flat-lined, but deciding to do something about it. Ditching the outside producers who initially liberated but eventually straitjacketed them, Steve Tyler and Joe Perry seized control of the boards, working with the assistance of Mark Hudson and Marti Frederiksen. (Forever the Stones fanatics, Tyler and Perry dubbed this crew the Boneyard Boys, just like how Mick-n-Keef are the Glimmer Twins.) So, this isn't really a full-fledged band affair and Hudson and Frederiksen's fingerprints are all over the place, but that doesn't matter since the end result is tighter, savvier, and better than anything since Pump. It's still far from perfect, however, since it suffers from a dearth of memorable material, and the group members' steadfast refusal to act their age results in a couple of embarrassing slips into stodginess (the 'f*ckin' A' chorus on the title track, a song improbably titled 'Trip Hoppin',' or the ludicrous 'Avant Garden'). These mean that the record doesn't come close to matching the twin comebacks of Permanent Vacation and Pump, but it's a sleek, classicist hard rock record that sounds good -- better than Aerosmith has sounded in nearly a decade, as a matter of fact, particularly when the group gets a hook as tuneful as that of 'Jaded.' Aerosmith sounds good enough on Just Push Play that it almost makes you forgive the Heavy Metal refugee on the front cover, a sexy robot illustration that looks far more out of date than the music sounds.“ (Stephen Thomas Erlewine, AMG)
Steven Tyler, lead vocals, harmonica
Joe Perry, guitar, backing vocals
Brad Whitford, guitar
Tom Hamilton, bass
Joey Kramer, drums
Additional musicians:
Jim Cox, piano on 'Fly Away From Here'
Paul Santo, Kurzweil on 'Fly Away from Here', Hammond organ on 'Avant Garden'
Tower of Power, horns on 'Trip Hoppin''
Dan Higgins, clarinet, saxophone on 'Trip Hoppin''
Chelsea Tyler, backing vocals on 'Under My Skin'
Paul Caruso, loop programming on 'Drop Dead Gorgeous'
Liv Tyler, whispers on 'Avant Garden'
Tony Perry, Scratching on 'Just Push Play'
Recorded at The Boneyard & The Bryer Patch, Long View Farms Studio, Ocean Way Studios, Sound Techniques, Village Recorders, Pearl White Studios, Whatinthewhatthe Studios, The Studio in the Sunset Marquis
Produced by Steven Tyler, Joe Perry, Mark Hudson, Marti Frederiksen
Digitally remastered