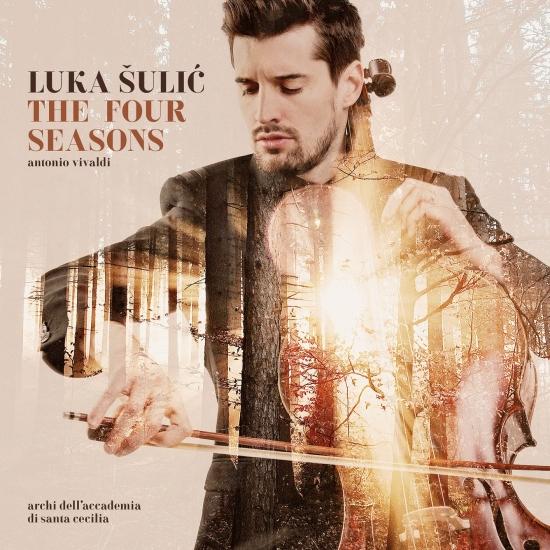 After seven years of touring the world as part of the critically acclaimed duo 2CELLOS, Luka Šulić returns to his classical roots with his first solo album for Sony Classical. A graduate of London's Royal Academy of Music and a prize-winning cellist, Luka Šulić takes on one of the most iconic works in classical music for his first independent recording project. Available everywhere Friday, October 25, his dramatic interpretation of Vivaldi's The Four Seasons is the first complete recording of the popular cycle of Baroque concertos arranged for a cello soloist. Also arriving today is the album's lead offering, "La Primavera (Spring) Op. 8 No. 1 in D major – I. Allegro,"
"I've loved Vivaldi's Four Seasons since I was a child," says Luka Šulić of his newest project, adding, "I've always wanted to play the piece on the cello and love taking on new challenges."
Even in a Baroque masterpiece, Luka Šulić is ready to defy expectations and shatter boundaries. Though hundreds of traditional recordings exist of The Four Seasons with a violin soloist, Luka Šulić's recording will be the first complete version – his own painstaking work – that reimagines all four concertos of The Four Seasons for a cello soloist.
"Four Seasons is a very demanding piece for violin, let alone cello, so it was a long and difficult process for me," says Luka Šulić. "I spent two years preparing the arrangement, little by little, piece by piece. In the end, I hope listeners will feel the same excitement I did while making this album and bringing Vivaldi's iconic work to the cello for the first time."
Joining Luka Šulić for the recording is the Archi dell'Accademia di Santa Cecilia, conducted by Maestro Luigi Piovano, himself a cellist and musical director of the chamber ensemble and Rome's renowned Orchestra dell'Accademia Nazionale di Santa Cecilia. Luigi Piovano commends Luka Šulić's ambitious undertaking, remarking, "If Vivaldi was alive, he would probably say, 'Wow, that's a great idea!'"
"Throughout my career, I'm always trying to introduce new audiences to the music I love and grew up with, selecting pieces I connect with on an emotional level," says Luka Šulić. "Vivaldi's Four Seasons is an instantly recognizable piece, making it a perfect entry point to classical music. I truly think it can make anyone fall in love with classical music and I look forward to releasing the album and performing it for audiences around the world."
Alongside the album's release this October, Luka Šulić will kick off the first leg of an international tour, performing his reinterpretation of The Four Seasons and other classical pieces in the most prestigious classical venues and concert halls for audiences cross the globe. Dates are now set in Italy, Germany, Russia, Šulić's home country of Slovenia, as well as Croatia, Serbia, Austria and Switzerland.
Luka Šulić, cello
Archi dell'academia di Santi Cecilia 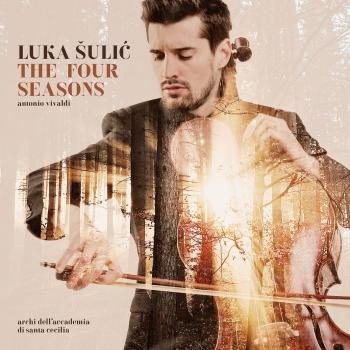 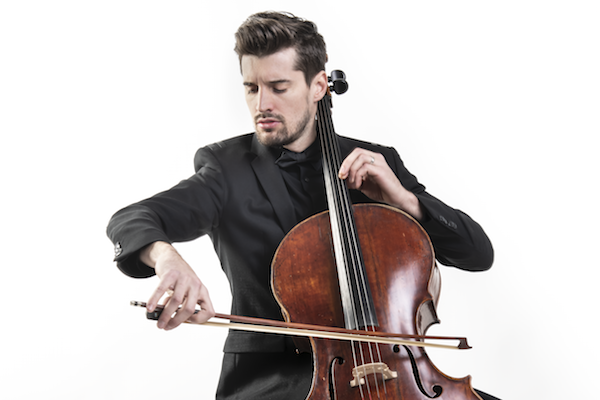 Luka Šulić
The son of a cellist, Luka Šulić has been playing the cello since his childhood in his native Slovenia. His studies took him to London's Royal Academy of Music, from which he graduated in 2011. That same year, he and Stjepan Hauser made the music video – their unique cello version of Michael Jackson's "Smooth Criminal" – that went viral and launched the worldwide success of 2CELLOS.
Prior to that, Šulić had won top prizes at such prestigious international music competitions as the Lutoslawski International Cello Competition and the European Broadcasting Union "New Talent" Competition, as well as the Royal Academy of Music Patron's Award in Wigmore Hall in 2011. As a soloist, Šulić has appeared with a number of international orchestras, including the Deutsche Radio Philharmonie, Australian Chamber Orchestra, Warsaw Philharmonic and Russian Symphony Orchestra.
The success of 2CELLOS led to Šulić and Hauser performing with Sir Elton John on his worldwide tour, a record deal with Sony Masterworks that has yielded five successful albums. As 2CELLOS, they have sold out such iconic global venues such as New York City's Radio City Music Hall, London's Royal Albert Hall, Paris Olympia, Tokyo's Budokan, and the Sydney Opera House.